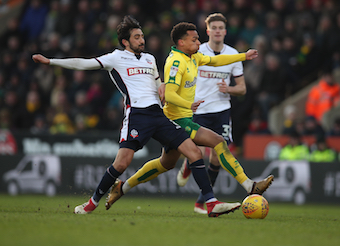 Neil Harris reckons Jem Karacan can add extra know-how to his Millwall squad after the former Reading and Bolton man signed a short-term deal at The Den.

We revealed earlier today that the 29-year-old, released by Bolton at the end of last season, would arrive on a contract until the next transfer window.

Karacan had a brief loan spell with the Lions in 2007.

Millwall boss Harris told the South London Press: “I played with him when he was on loan, albeit he was a young man at Reading at that time.

“He has had a fantastic career so far and has played largely in the Championship and also abroad as well.

“He grew up in South London – a stones throw from The Den – and is fully aware what the club is about and what it means to play here. We know his character from his loan spell. He’ll add experience and quality to the squad.

“Jem was very keen to come in and be involved with us initially in the short term and the contract fits for everybody at the moment. It is a chance for him to look at how we play and what we do, and us to look at him.”