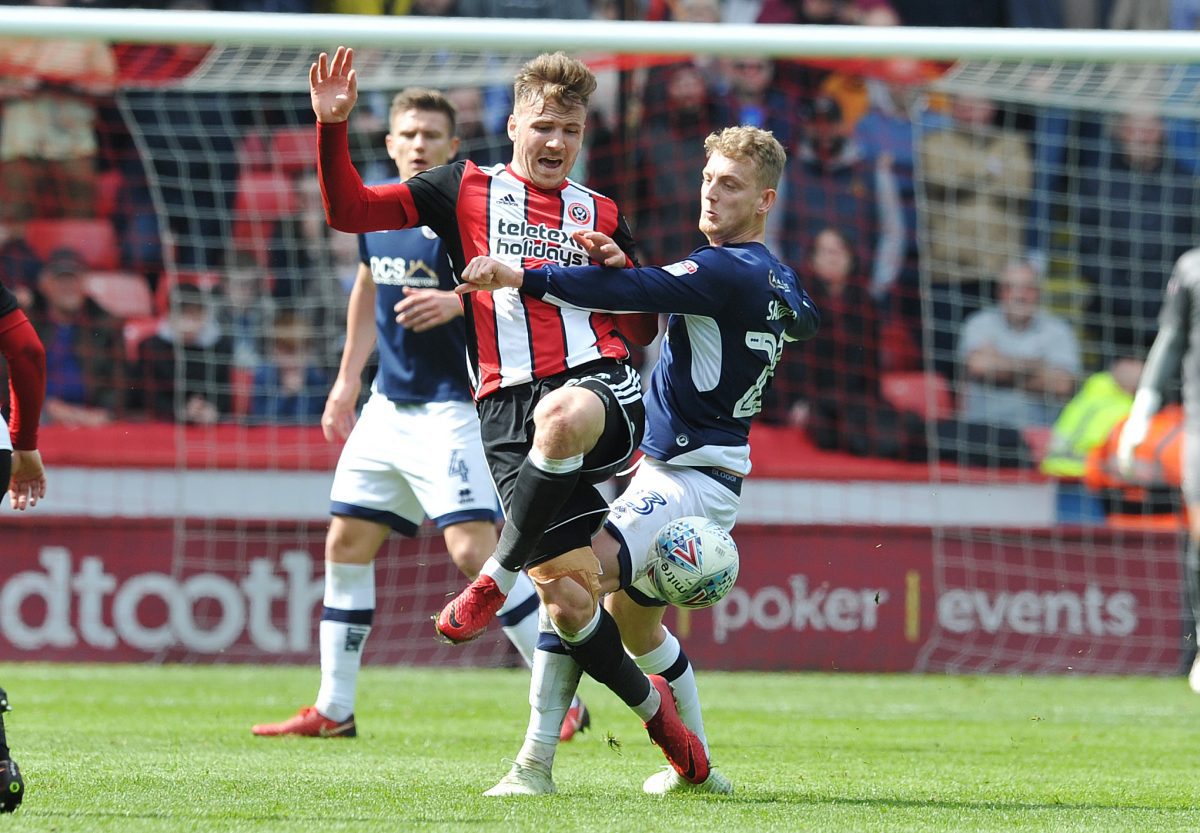 Neil Harris has pulled no punches in his assessment of referee David Coote on Saturday – describing the official as making “a right balls-up” of  two crucial calls.

The Lions were left unhappy at a corner being given which led to Leon Clarke heading in a 74th minute opener for Sheffield United.

Steve Morison said he told Coote it was “karma” that he almost instantly equalised.

But Harris was also fuming that a barge on Jed Wallace in the box was not given as a spot-kick, even Blades manager Chris Wilder admitting it looked a penalty.

Harris said: “I was really pleased with a point. If I’d been offered it before I would’ve taken it. It does us more good than Sheffield United – it retained our sixth place and with one less game to go.

“Even though a feel Sheffield United deserved a point out of the game the referee made a right balls-up of a couple of decisions. The lead-up to their goal – it was never a corner in a million years. Both sets of reactions from the players say that he got it completely wrong.

“And his non-award of a penalty was just as ludicrous. Chrissie was very honest with his quotes about the referee and I’ve got to support that. I thought he was horrendous all game. The decision not to award a penalty was completely wrong. I can’t for the life of me see why he hasn’t awarded it. It is about as clear as you are going to see.

“It robbed us of the chance of two more valuable points.

“We’ve had the rub of the green at times but it has not evened itself out in terms of the decisions we have had.

“But the officials got two big calls on the day wrong and it has contributed to us not getting three points.”