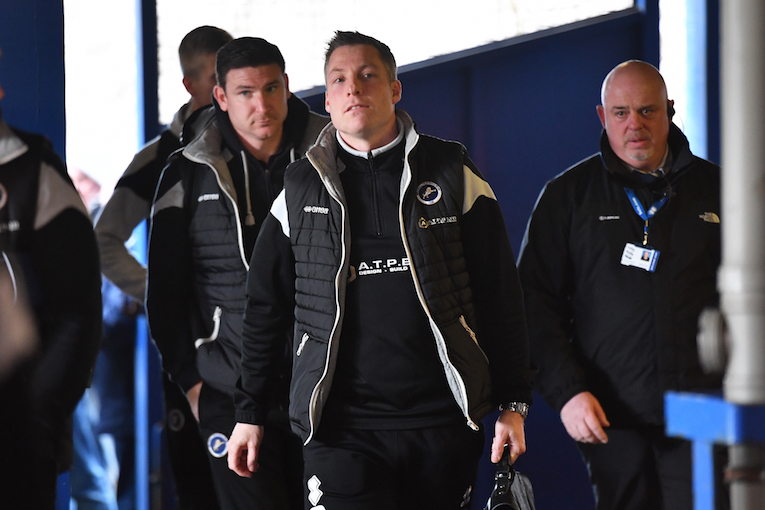 Neil Harris has slammed the changes made to this summer’s transfer window – while praising the work put in by Millwall’s recruitment team.

The Lions’ sizzling February has put them within six points of the Championship play-offs. And one of the factors behind their success has been a string of shrewd signings.

Ben Marshall, snapped up on loan from Wolves at the end of January, opened his goal account in Saturday’s 1-0 victory at Burton Albion.

Harris says that the South London club already have plans in place for when the window next opens.

“We are playing the long game,” explained the Millwall chief. “We had targets last summer that were for this summer coming.

“There has been a lot of work gone into those players, a lot of discussions and coffee-drinking – time and money invested into them. We’ll push them at the right time and be looking to do business as early as possible.

“We will sign players in the summer because we want to keep progressing. There will be players who naturally want to leave or be out of contract, although we don’t have many of those.

“This summer won’t be a big overhaul – a couple out and a couple in is the way we want it to be. But we started that ball rolling before Christmas. There is always a thought process.

“The last two summers have been difficult because of the play-off finals – that is more difficult when you are waiting to see financially what division you are in.

“It is testament to the work ethic of my staff and the recruitment department and scouts we employ. We are still building that department. Alex Aldridge [head of recruitment] and Terry Bullivant [chief scout] have done a phenomenal job. We take pride at the players we have brought in for small transfer fees to bring in fantastic players, some of those have been free agents.

“Credit goes to that department.”

Harris is less complimentary about the change to the Football League transfer window – with permanent deals having to be completed by August 9 but loans still possible until the end of the month.

“It’s an absolute waste of time – a big farce,” he said. “I don’t understand what they have done.

“The permanent signings are August 9 but clubs will just do loans – with a view to a permanent – up until the end of August.

“It’s changed nothing. They have not listened to the football clubs or managers. We were saying we wanted the window shut before the season starts so that you don’t have the uncertainty between the start of the season and the end of the month about whether you will lose players and not have time to replace them.

“They have gone halfway with it and achieved nothing. It makes more paperwork for chief executives and club secretaries. Transfer deadline day is going to be the same, but just a tweak to the loan arrangement.”