Millwall manager Gary Rowett had no issues with Jed Wallace’s booking for simulation on Saturday – but felt the same punishment should have been meted out to Wycombe’s Uche Ikpeazu.

Wallace was carded by Jarred Gillett in the opening 45 minutes.

Rowett could be clearly heard asking Gillett for “consistency” after Ikpeazu did not get booked.

“I think sometimes with no fans you need to get a little bit of excitement in your life,” said Millwall’s manager. “Shouting at the referee every now and again is about as exciting as it gets at the moment – I can’t go down the pub and have a nice glass of wine or a pint.

“It’s a bit of frustration. Jed deservedly got booked first half for a little bit of a simulation on the edge of their box and their striker did the same just before half time. He tried to win a penalty against Pearce and the referee didn’t see it that way. I was just asking for a bit of consistency. 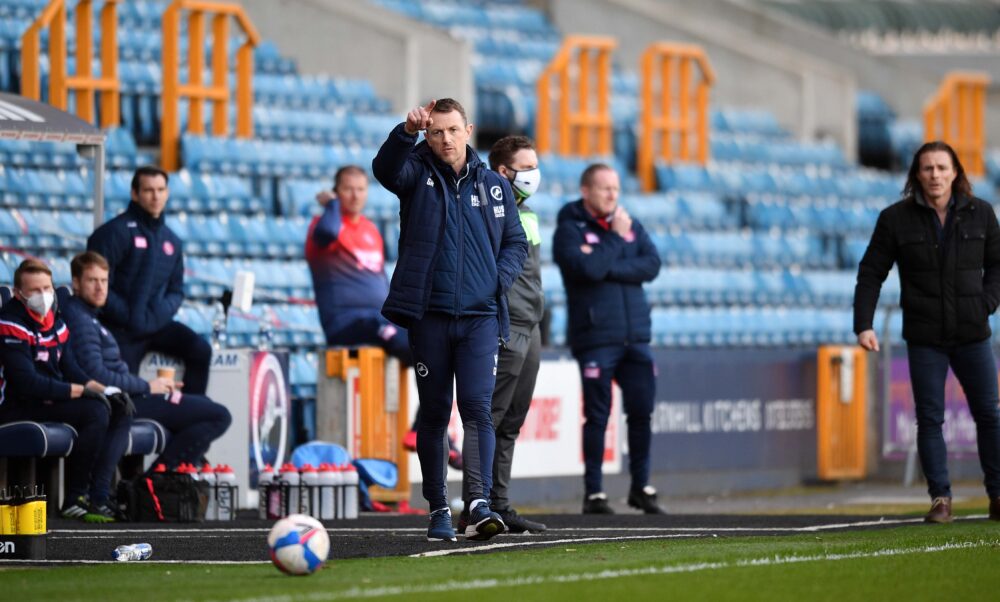 “I actually thought he refereed the game pretty well. Certainly there were no complaints from us.”

Millwall are eight matches unbeaten in the Championship.

And Rowett was not overly disappointed at the outcome against bottom club Wycombe.

Rowett said: “We win three games on the spin and we draw against the likes of Norwich and Watford – we then play Wycombe and the pressure is on to win the game. It doesn’t always work that way. It was always going to be a difficult game. Of course I’m disappointed not to win but at the same time I have to make sure I’m realistic about our run of form and our current squad.”