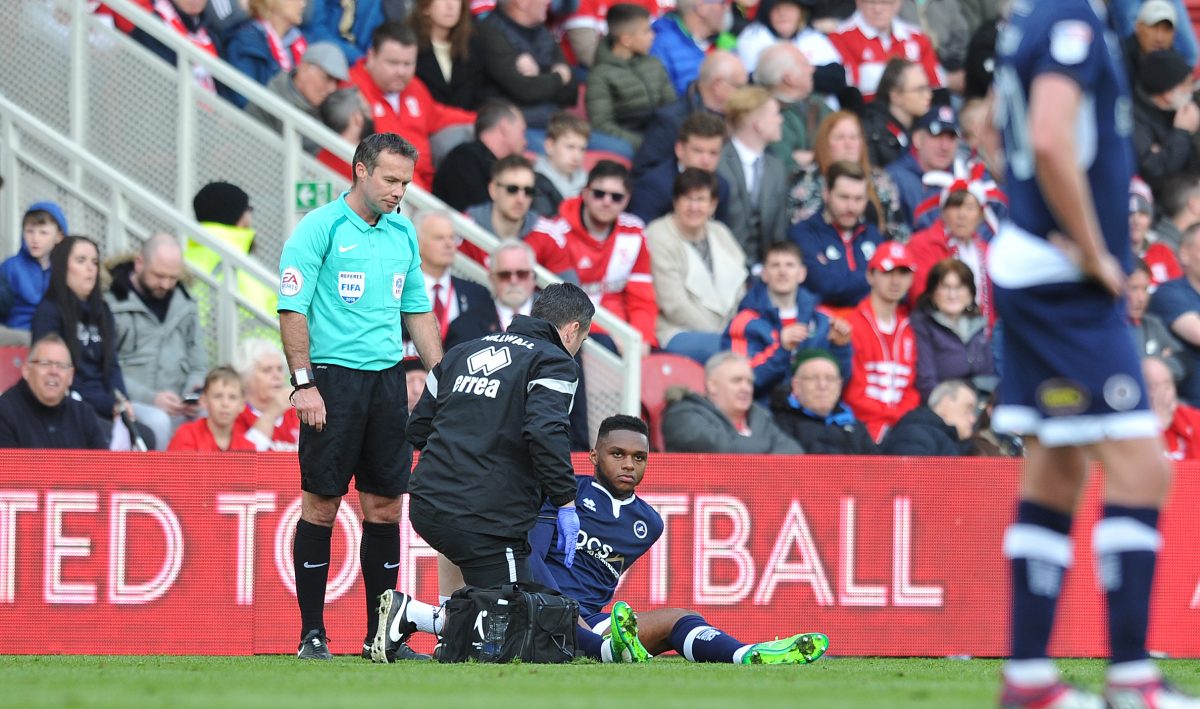 Mahlon Romeo and Ben Marshall have not been ruled out of featuring for Millwall in their final Championship game of the campaign – despite both being forced off on Saturday.

Right-back Romeo was replaced in the first half of the 2-0 defeat to Middlesbrough with a groin niggle while winger Marshall, on loan from Wolves, needed stitches in a cut to his knee.

Millwall wrap up their campaign on Sunday with a sold-out Den fixture against an Aston Villa side guaranteed to finish fourth in the table.

“Mahlon has had a groin issue ongoing for the last week or two and we’ve been trying to manage it until the end of the season,” said Lions boss Neil Harris.

“It just caught up with him on Saturday and he felt his groin about 40 minutes in.

“We’re hoping it is nothing major, just overworking.

“Ben had a nasty gash to his knee. He is going to struggle to train all week, we’ll have to see if we get him out on the training pitch later in the week.

“I don’t want to rule anybody out at the moment, that includes players who came off injured. I’d like everybody to be available. It is certainly not going to be a case of resting players for the last game of the season, but also I won’t risk anybody doing further damage for over the summer.

“I want a Millwall performance and positive result in the last game of the season so people go away and enjoy their summer even more then they will do already.”