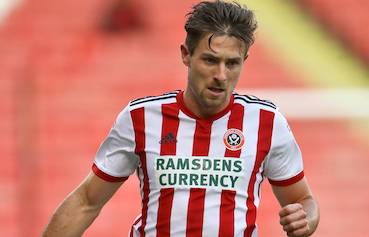 Millwall have broken their transfer record for a second time this month – after completing a deal for Sheffield United midfielder Ryan Leonard.

The Lions paid £1million for Barnsley striker Tom Bradshaw recently but the deal for the 26-year-old exceeds that total.

Millwall boss Neil Harris moved for Leonard with George Saville on his way to Middlesbrough in a club record sale of £8m.

Leonard was on the wanted list of the Lions and Sheffield United when both clubs were promoted from League One just over a year ago.

But Southend refused to sell in that window. And by the time the Plymouth-born midfielder was on the move to the Blades in January, the Lions were already stocked for players in that position.