Millwall captain Alex Pearce has dismissed Luton Town’s complaints about how much stoppage time was added on Tuesday night – claiming it should have been even more.

Hatters manager Nathan Jones angrily remonstrated with the match officials after George Evans headed in a 95th-minute equaliser for the South London club at Kenilworth Road.
But the former Charlton Athletic development boss got zero sympathy from Pearce.
“It should’ve been more,” said the Lions captain, pictured right. “Because when you’re in the game you notice it so much.
“The time-wasting they were doing was a joke. Every time their goalkeeper got the ball for a goal kick he was taking it from one side of his six-yard box to the other. When they got free-kicks they would walk over to the ball. When you are substituted you can walk off the pitch at the earliest angle but they were choosing not to do that – instead they were going off by the dugouts.
“All of this was going on for a long time in the second half. I was trying to explain that to the ref and he ended up booking the goalkeeper for it. But then it made no difference.
“I said to the ref: ‘Please book him again. If you’ve booked him and he is still doing it then you should book him again.’ If I get booked for a tackle and then make another one like that then I am going to get booked again. Why is it different for a keeper?
“But you rarely see refs give two bookings for time-wasting. It’s not right though. It doesn’t make it right. The way they were time-wasting was ridiculous. I was so pleased when the goal went in – that’s karma.”
Evans has barely put a foot wrong since signing from Derby on February 1. 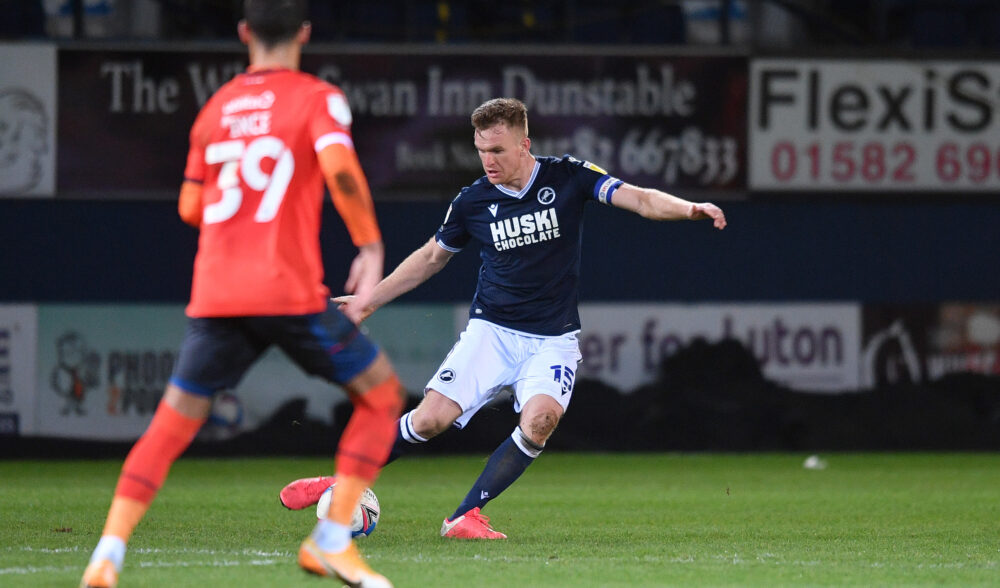 Pearce was in the same Rams squad for six months before he joined Millwall in January 2019.
“He was signed by Frank Lampard and he is still exactly the same – a very, very good passer of the ball,” said Pearce.
“His biggest attribute is how composed he is. He brings a calmness to the side whether he is at the back or in midfield.
“He has that presence and also is a good size – which helped with getting his head to the ball for the goal. The club have done really well in getting him.
“The best way to settle in when you go to a new club is what George has done – going straight into the team and cracking on.
“We’ve got a good few wins under our belt since he came in and you can see he is playing with confidence.
“He can probably play right across a back four and each midfield position as well. You have to be talented to be that versatile. The lads love him as well.”
Millwall extended their unbeaten run in the Championship to nine matches with a 16th draw of the season.
“On the whole we need to be better but we showed certain sides to our game which again sum up our group,” said Pearce.
“We stand together. We showed grit and determination to keep fighting to the bitter end. This team is never beaten.
“The subs came on and made a great impact. Smudge [Matt Smith] produces a fantastic header across for George, who has started his Millwall career really, really well.
“We need to be more composed as a team and better on the ball. 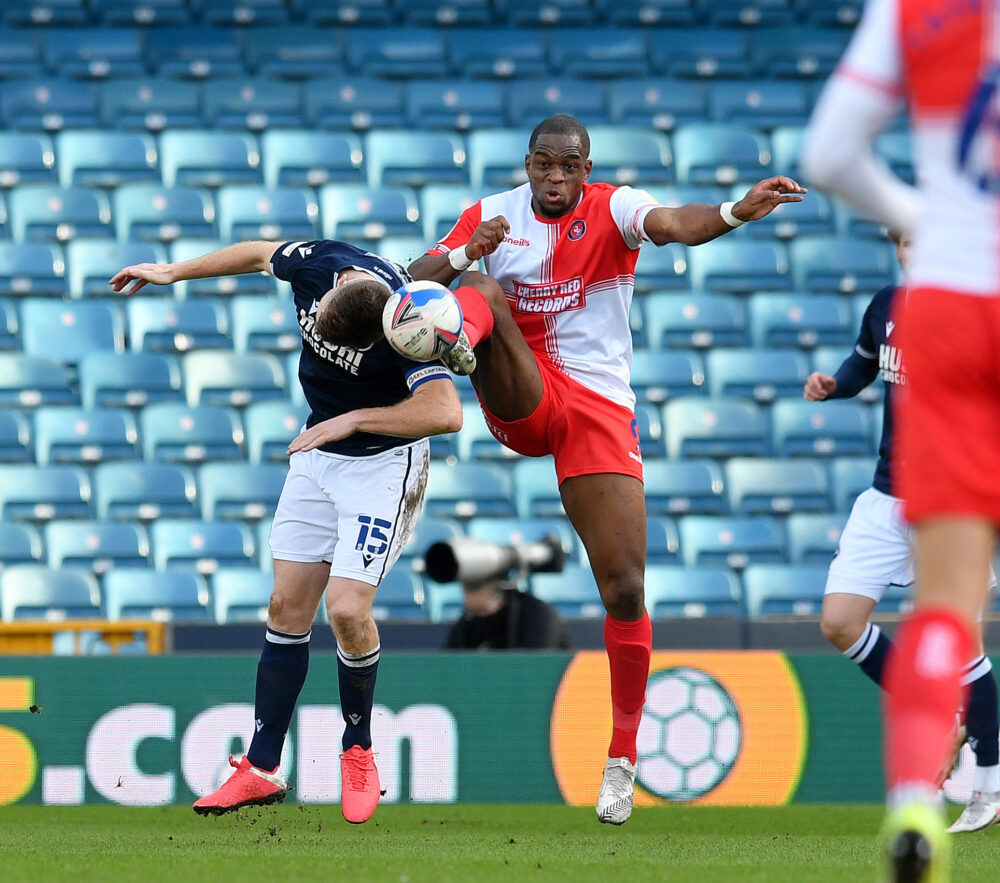 “It’s nine undefeated but we went long enough without picking up points in the run before that. There is a sense in the group that we are making up for that off period we went through. We wanted to make amends for that – we’ve gone some way towards doing that. Nine games unbeaten at any level of football is a massive thing.”
Injuries to Murray Wallace and Jake Cooper have seen Pearce return to the starting line up after six successive matches on the bench.
Pearce replaced Cooper after he suffered a second shoulder dislocation against Birmingham and has clocked up back-to-back 90 minutes in the draws with Wycombe and Luton.
The 32-year-old is due to be a free agent at the end of June but is adamant he is not thinking about where his future lies.
“My job is to play as well as I possibly can when selected and train to my best – everything else will take care of itself,” he said.
“Everyone knows I love Millwall Football Club. I love to be here.
“I’m loving being back out there with the lads, fighting for every ball. If you ask any player they will tell you the same.
“All I want to do is help the club climb up the table. We’ve got a few injuries but I’d like to think we can come together as a group and pull through this spell.
“Everyone is going to need to play their part and that’s all I’m looking to do.”