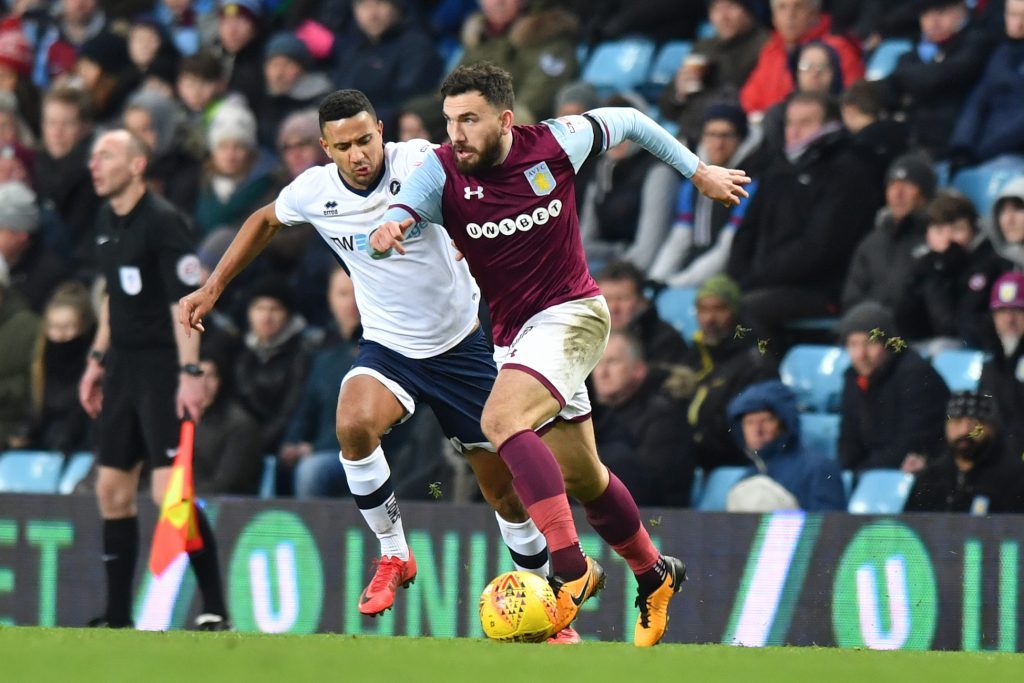 Millwall’s James Meredith has a point to prove when he returns to Pride Park this weekend – a decade after Derby showed him the door, writes Ben Kosky.

The Lions’ left-back was playing junior football in Melbourne, Australia at the age of 16 when Derby invited him to travel to the other side of the world and join their youth academy.

But Meredith’s dream of representing Derby’s first team never materialised and he dropped into non-league football after the Rams decided to let him go.

Ten years on, he finally has the chance to play first-team football at Pride Park when Millwall tackle Gary Rowett’s promotion contenders on Saturday.

“I’m really focused on this weekend because I feel like I’ve got a point to prove, more to myself but also to people at Derby,” said Meredith.

“At the time I was 19 and it was difficult to take.

“I thought I could definitely have played in that team in the Championship, but obviously if you don’t get the opportunity you can’t show that.

“After being released by Derby, I ended up in the Conference North and built my way back up over the years, so it’s nice now to be where I feel I deserve to be.

“Despite that, I loved my time at Derby – I thought it was a great club to be at and I’m really looking forward to playing in front of the crowd there at last.

“I used to love watching games at Derby when I was coming through. It was my first experience of English football and that was a dream for a kid coming from Australia.

“But I’m absolutely loving it at Millwall – things couldn’t be better and I’ve tried to prove this (level) is where I should have been in the first place.”

Meredith’s belated first appearance at Derby would certainly be all the sweeter if he can help the Lions to finally break their duck in terms of away wins.

Along with Birmingham and Bolton – the bottom two in the division – Millwall have yet to taste victory on the road in 11 Championship attempts.

“It’ll be a tough place to go – Derby are a good team who play good football,” said Meredith, whose route back to the second tier took in spells at Shrewsbury, Telford, York and Bradford, before he joined the Lions in the summer.

“We need to get that elusive away win. I think we play better against the big teams – especially, of course, at the Den where the atmosphere intimidates the opposition.

“We’re stronger at home, on the front foot, and we need to be similar away from home. The away performances have been solid, but they haven’t had that bit extra.

“I like the momentum we’re starting to build now and I think we can pick up a lot of points over the Christmas period and also in January.”

Meredith has been an ever-present in the Championship so far this season – and he is optimistic that consistent performances may catch the eye of incoming Australia coach Graham Arnold.

The 29-year-old has won two caps for the Socceroos and is hoping for a chance to stake his claim to be part of their squad at the World Cup finals in Russia next year.

“I’ve not been part of an Aussie squad in a tournament yet, but I’d love nothing more than to be involved with that,” added Meredith.

“Hopefully playing for Millwall I’m going to be in the shop window and I’ll be given an opportunity – and then all you’ve got to do is keep your spot.”