We’ve all heard the stories of a young footballer not getting signed or being released because they were too small. It’s not so common for the opposite to be true.

But that’s exactly what happened to Jake Cooper before he was eventually signed by Reading.

The Millwall centre-back was so tall as a kid that his mum used to have to take his passport to matches to prove that no rules were being broken.

Cooper admits that the rejections by professional clubs acted as a motivating force.

He eventually signed for the Royals – who head to The Den tomorrow – at the age of 14.

“I was always told I was too slow and not mobile enough,” said Cooper.

“I trialled for nearly every club in the South. Eventually I played for my school in a national cup final at Old Trafford in the final and got beaten by a Manchester school.

“There were scouts there and they brought me in. 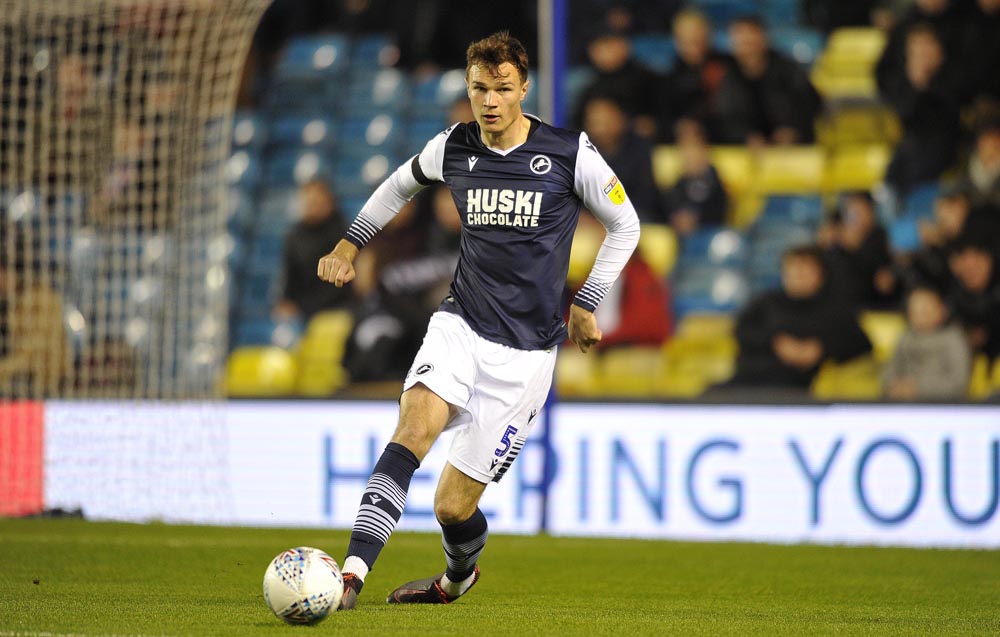 “I played on trial for Reading and we beat Chelsea – that was it from there. I was a left-sided centre-half even back then. I was pushed on by the club from day one.”

Asked how tall he was as a kid, Cooper reaches for his phone to find a picture recently sent to him by a friend – he reckons he was about nine or 10 in the image.

“I was massive,” he said. “My mum’s side is tall. My mum is six foot and my grandad is six foot five. My uncle is six four. I must get it from them.”

“I was on trial at Watford, that was my last one before Reading, and I remember my dad going in to meet with them and he came out and told me they didn’t think I was sharp enough and mobile enough for what they were looking for.

“I went on trial at seven, nine and 11 but always got turned away.

“It became a thing where I tried to prove people wrong – that I could run, move and be robust. I think I’m doing alright. I feel better than ever.

“I was pleased to prove people wrong.”

Cooper has a strong connection to Reading. He used to live in Shinfield and members of his family live only a few minutes walk from the Berkshire outfit’s new training ground.

His dad Alan was on the Royals’ books as a young winger but a hip injury cut short his career. 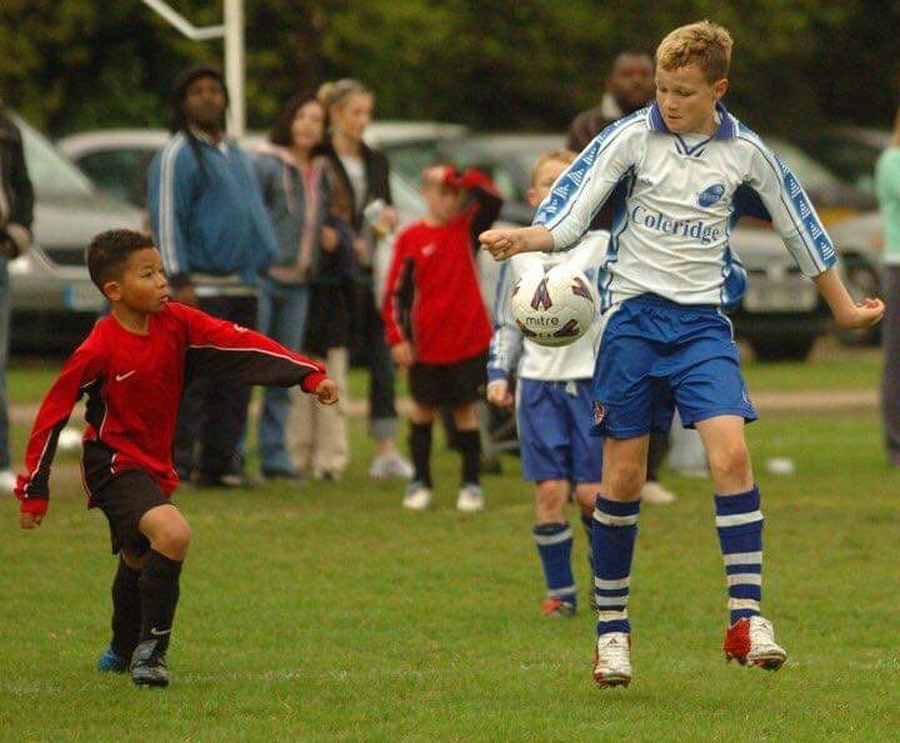 “I was fortunate to go on and play there, but not as much as I’d have liked to,” he said. “Then I got the opportunity to come here – so I can’t be disheartened by that.

“We won the U21 Premier League Cup and beat Manchester City in a two-legged final. That was a good season.

“The season after that there were five or six of us who broke into the first team and made our debuts.

“I used to watch the club since I was four. Me and my dad used to go nearly every game. Just to play for them was a dream for me.”

Neil Harris turned that into a permanent arrangement a couple of months after the Lions’ League One play-off final victory over Bradford City at Wembley.

The decision to call time on his Reading career was a straightforward one for Cooper.

“It wasn’t difficult at all,” he said. “Reading made it clear to me that I wasn’t really a priority to them. I got told in the pre-season that I was fifth or sixth choice.

“There was no point me hanging around. 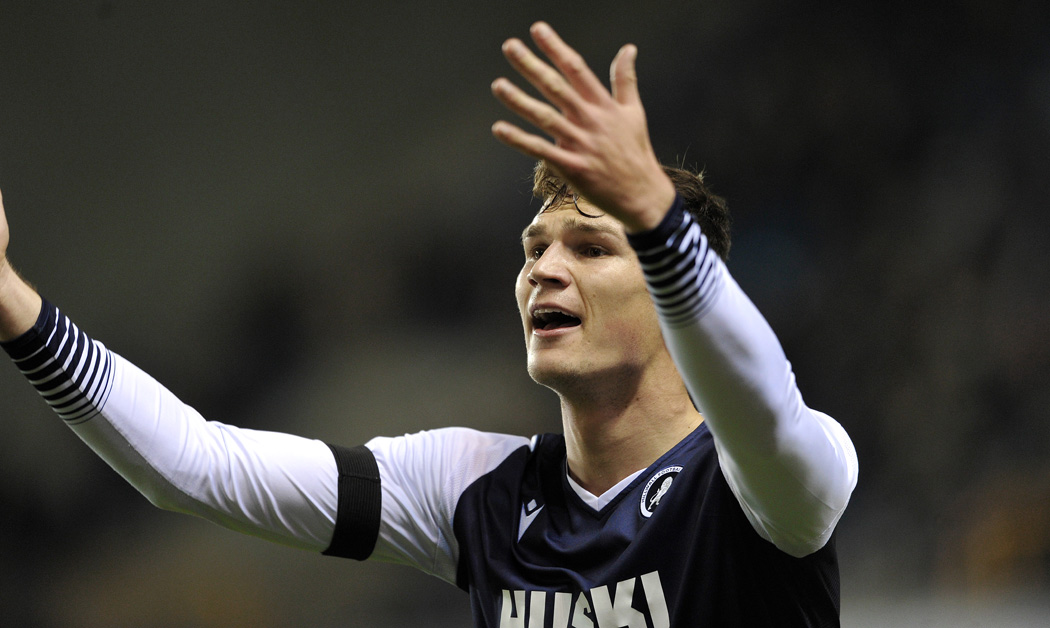 “I’d already had a great time here. I’d met a great group of lads and was really settled. As soon as Neil made it clear he wanted me to come back it was a no-brainer to do that and play in the Championship.

“I wanted to try and help the club move forward. I’ve felt like that has been the case and I’ve got no regrets, or anything like that.”

Cooper has made 140 appearances for Millwall – and is on a run of 103 consecutive league appearances in which he has played every minute.

There wasn’t even a rest in the FA Cup recently as the Lions defeated Newport County. Is the next aim to hit the 200 milestone?

“I don’t really have a target because playing every minute of the 100 games was my target,” said Cooper. “I’ll have to set a new one.

“I just want to be out there. Even the FA Cup game, there was an inkling of a thought that I might get a rest but when I thought about it I said: ‘Get me out there’.

“I even joked with them could I play for the U23s in the midweek game last week.

“I was happier to play in the FA Cup game. I get itchy feet on the sides now.”

Millwall head to fend off interest from Rangers in the summer of 2018 – Cooper’s stock was high after the SE16 outfit went so close to snatching a Championship play-off spot.

It feels like he should see himself as a proven Championship performer, yet Cooper seems determined to stay grounded.

“The game changes so quickly – so you can never say established. You can drop out within a few games if you start struggling.

“You see players do it all the time and they have to drop down a division or lose their place.

“I certainly feel like I’m at this level and that I can compete well. I’m just trying now to improve myself and become a more vocal part of the team.”

The finish to this month looks tasty.

First up is a Reading side unbeaten in their last eight matches under Mark Bowen – a fixture involving club’s who have enjoyed significant new manager bounce. Millwall have lost just one of their last 13 games since Gary Rowett’s appointment.

Then comes the chance to add Sheffield United to the list of Premier League clubs who have come up a cropper against Millwall at The Den. Chris Wilder’s side are sixth in the table, just two points behind Manchester United.

It’s all topped off by a trip to Elland Road and the next chapter in a fierce rivalry with Leeds United.

“You can look at the next seven or eight fixtures and think they are tough ones,” said Cooper. “Every game in this league is difficult, as you can see with our form. We’ve probably been better against the sides at the top end of the division than the ones at the bottom.

“We take them as they come. Prepare for Reading and not get carried away by the run of fixtures.

“We’ll be focusing on the league now. The cup is a one-off game where we can go for it.”