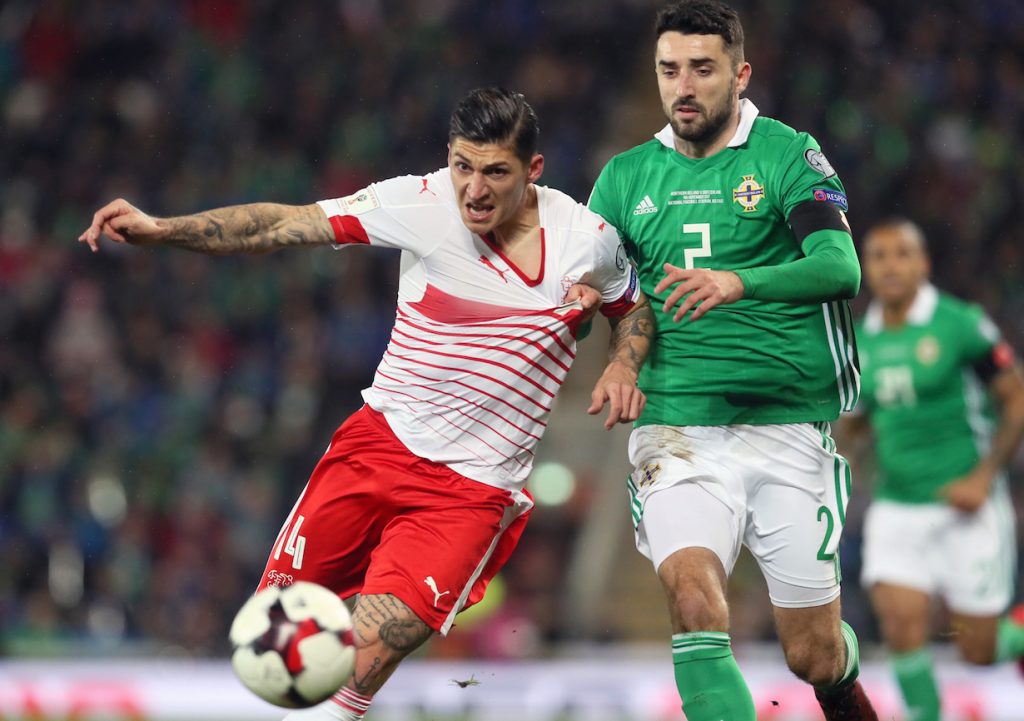 Conor McLaughlin never doubted that Mahlon Romeo would fail to take his opportunity to stake a claim for the right-back berth at Millwall.

The battle for that position in the Lions line-up is well and truly hotting up with the kind of competitive scrap for the shirt which is a manager’s dream.

McLaughlin, 26, a shrewd free transfer pick-up in the summer from Fleetwood Town, had started off the Championship campaign as first choice.

But a one-match suspension following his booking in last month’s 1-0 loss at Fulham opened the door for Romeo, 22.

The former Gillingham full-back marked his first start in English football’s second tier with the second goal in a 3-1 victory over Sheffield United. And he rewarded Neil Harris’ faith by containing the threat of Albert Adomah as Millwall deservedly claimed a point at Aston Villa last weekend.

“Mahlon is a very good player – I’ve known since I came here it is going to be tough to get a spot,” said McLaughlin. “In the game I missed Mahlon has scored and played well. I’m not going to go knocking on the manager’s door saying I should be playing.

“It is up to me to take my chance when the time comes.

“Mahlon has been brilliant. That’s just football, I need to work hard and wait for an opportunity.”

McLaughlin feels a sense of injustice over his fifth caution this season which led to him being unavailable for the visit of the Blades.

Rui Fonte went down inside the box as the Lions defended a corner and it was a double punishment as Oliver Norwood scored from the penalty spot.

“I only realised after the game that the yellow cards you had got would be wiped after that match,” said McLaughlin. “There is physical contact in the box all the time.

“You can see from the replay how theatrically he went down and he didn’t even get a yellow card which was a bit of salt in the wounds. But you have to move on.”

McLaughlin has also had to stomach the setback of his country failing to reach next summer’s World Cup finals.

Again it was a contentious penalty – converted by Ricardo Rodriguez – that booked Switzerland’s place at Russia 2018.

“The disappointment has eased off a bit but I’m sure about a month before the World Cup comes around I will be feeling a little bitter,” said McLaughlin. “It was a long 12 to 18 months qualifying process. To come up short on a penalty that wasn’t is frustrating. It will take a bit of time.”

In the short term McLaughlin can focus on Millwall achieving safety in the Championship.

“It shows that we have got teams at this level that can splash out huge money – we’re not one of those sides,” said McLaughlin. “But we have held our own this season and shown you maybe don’t need to spend that amount to be successful.

“We have no fear of facing anyone at home. Even before I came here I kept up to date with football and saw the results against Premier League sides in the FA Cup. It shows how effective we can be at The Den.”