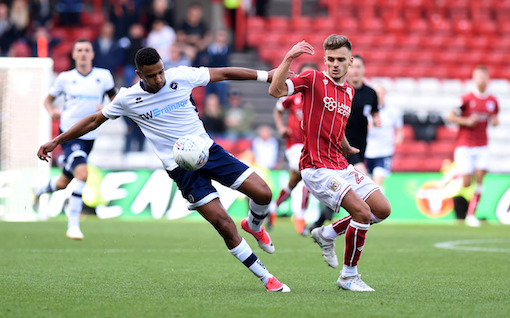 James Meredith is back in full training with Millwall today and is set to start next Tuesday’s pre-season friendly at Colchester United.

The Australian left-back was away at the World Cup although he did not make an appearance for the Socceroos in Russia.

Lions manager Neil Harris said: “Mezza has been back in the early part of the week and was also in the majority of last week, which was more gym-based.

“This week is has been working with the under-23s on Monday and Tuesday. He’ll be joining the first-team group today.

“We’ll have to see whether minutes on Saturday [at Cambridge United] come too soon for him. But I’m certainly looking for him to start at Colchester on Tuesday.

“It is not just about the football but everything that comes with the World Cup, the adrenaline rush and excitement of it. There is fatigue in the body, even if you are not starting games. We have to be really careful with him and try and force him to stay away.

“It’s great to have him back in the group.”