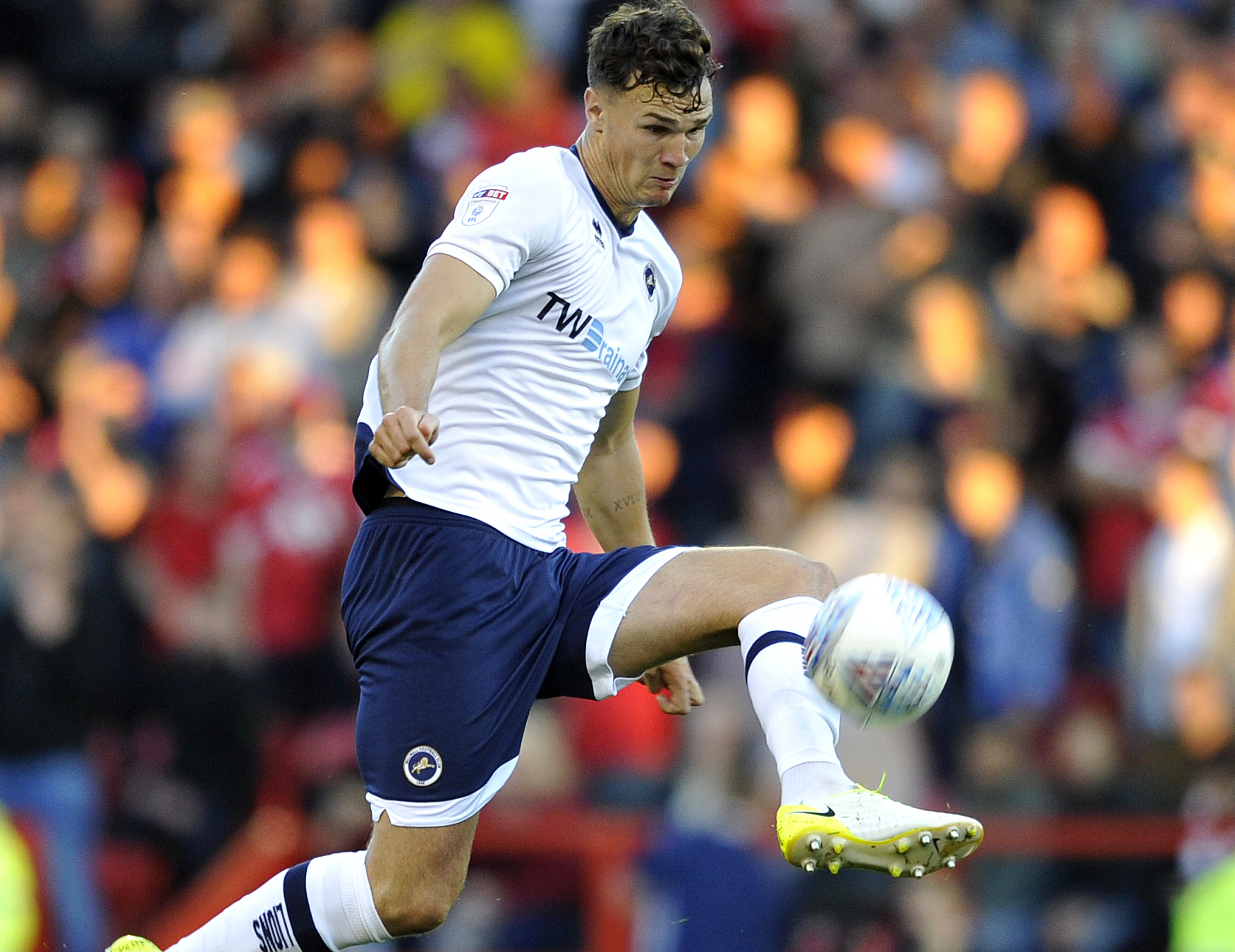 Jake Cooper could have depleted Millwall’s central defensive options even further last weekend as he waited for the birth of his first child, writes Conor O’Sullivan.

The 22-year-old centre-back stepped in to replace the injured Byron Cooper for Saturday’s 1-0 defeat at Brentford.

But Lions boss Neil Harris would have faced even more of a selection headache if Cooper’s partner Beth had gone into labour later in the weekend.

Instead daughter Elsie was born just before Cooper met up with his team-mates ahead of the derby at Griffin Park.

“I had spoken to the manager and he knew the circumstances,” said the former Reading defender, who made his first Championship start of the season since the opening weekend defeat to Nottingham Forest.

“If Byron had been fit, the manager would have most likely stuck with him. But given the circumstances and our injury situation I wanted to play against Brentford because I had a point to prove.

“I was prepared to do whatever I could to play while helping Beth and our daughter Elsie, but it worked out well in the end.

“I went straight back to the hospital after the game – it was a whirlwind few days. Once I stepped out on the pitch, I was fully focused on the game and had to put it out of my head to perform for the team. I had great support from my family and my partner’s family, who were at the hospital while I was playing.

“I moved up to London recently from Reading but Beth was still based there preparing for the birth. I was at home on Thursday night so I hadn’t travelled with the team when I got a call from my partner early Friday morning. I drove down from London at about four in the morning and she was in labour Friday evening. She gave birth to a beautiful little girl, our first child, before I met up with the team. ” Cooper was up to the pace of the game despite an eventful 24 hours.

He looks set for an extended run in the side now that Webster faces up to nine months out with cruciate knee ligament damage.

Cooper has played 47 matches in the Championship and 15 in League One last season while on loan with the Lions, his displays prompting Millwall to work out a permanent switch with the Royals.

“I know Shaun Hutchinson very well and we played together at the beginning of the season before I was injured,” Cooper said.

“We’re good friends, so that helps our respective performances. It was easy to play alongside him against Brentford. We help each other out and hopefully we can build a good understanding moving forward, which is crucial for any centreback partnership.

“I’m in a good place in terms of my development. I want to play regular football and become a starter in this team. I deserve a chance to get a starting opportunity. It’s up to me to take this chance and show the club I’m good enough to feature regularly.

“We were good defensively on Saturday, even though we were obviously very disappointed with the result. Brentford didn’t create that many clearcut chances and I had a good chance from a corner. I want to be a goal threat for the team from set-pieces. I enjoy going up to attack set-pieces. That’s an aspect of my game that can be used as a weapon.”