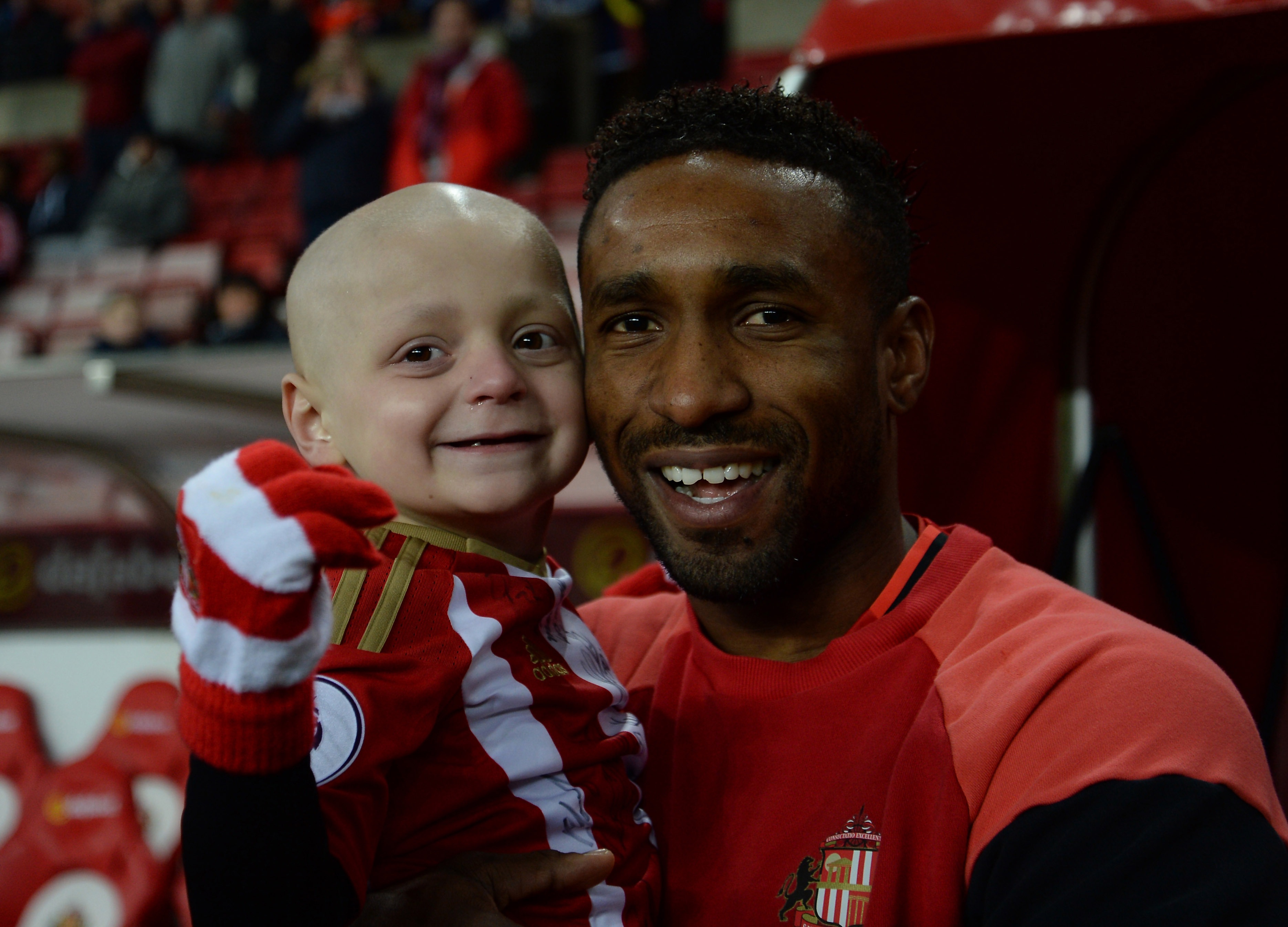 Millwall fans have raised more than £2,000 in memory of cancer battler and Sunderland fan Bradley Lowery, who died in July at the age of six.

Lions supporters might not face the usual verbal hostility as a result, when they make their first visit to the Stadium of Light in 13 years when their sides face each other on November 18.

The club and players donated items specially for an auction at a charity night at Eltham Hill Social Club which raised £2,300 for the youngster, who was a massive Sunderland AFC fan, but died after a brave fight against neuroblastoma.

Millwall fans decided that they wanted to fundraise in the six-year-old’s memory and generated the cash for the Bradley Lowery Foundation. Among the guests was Millwall fan Harvey Brown – who fellow supporters have already raised thousands for, and who drew the winning raffle ticket.

Harvey, who was the club mascot when they won this year’s League One play-off final, himself has the rare Morquio syndrome, which stunts skeletal growth, leaving sufferers with weak bones, and a tendency to develop heart disease, and impaired vision and hearing.

This new cash is set to be passed on when the two sides play each other in their Championship game next month.

Millwall fan Chris Prete, who hopes to present the cheque on the pitch before the game, said: “Despite last minute nerves on my part, the evening was a huge success.

“A message of thanks and support was read out from Gemma Lowery and Lynn Murphy, then it was straight on with the auction – hosted by Dean Brown.

“The lots went down like dominoes, and the bidding was fast and furious.”

A 2004 FA Cup final shirt, signed by the Millwall team, was among the biggest items which helped raised £785.

Prete said: “We have also been promised further donations from people who couldn’t get there, and from the Millwall Supporters’ Club. ”

Sunderland supporter and writer Mark Metcalf is also arranging for Millwall fans who can make it to have a beer with some Sunderland fans prior to the match. Hurley holds a special place in the hearts of both clubs – the defender started his career at Millwall but Sunderland signed him for £18,000 in 1957.

He played 40 times for the Republic of Ireland, making him one of the most-capped former Lions in history. He was named the Black Cats Player of the Century at the club’s centenary in 1979.