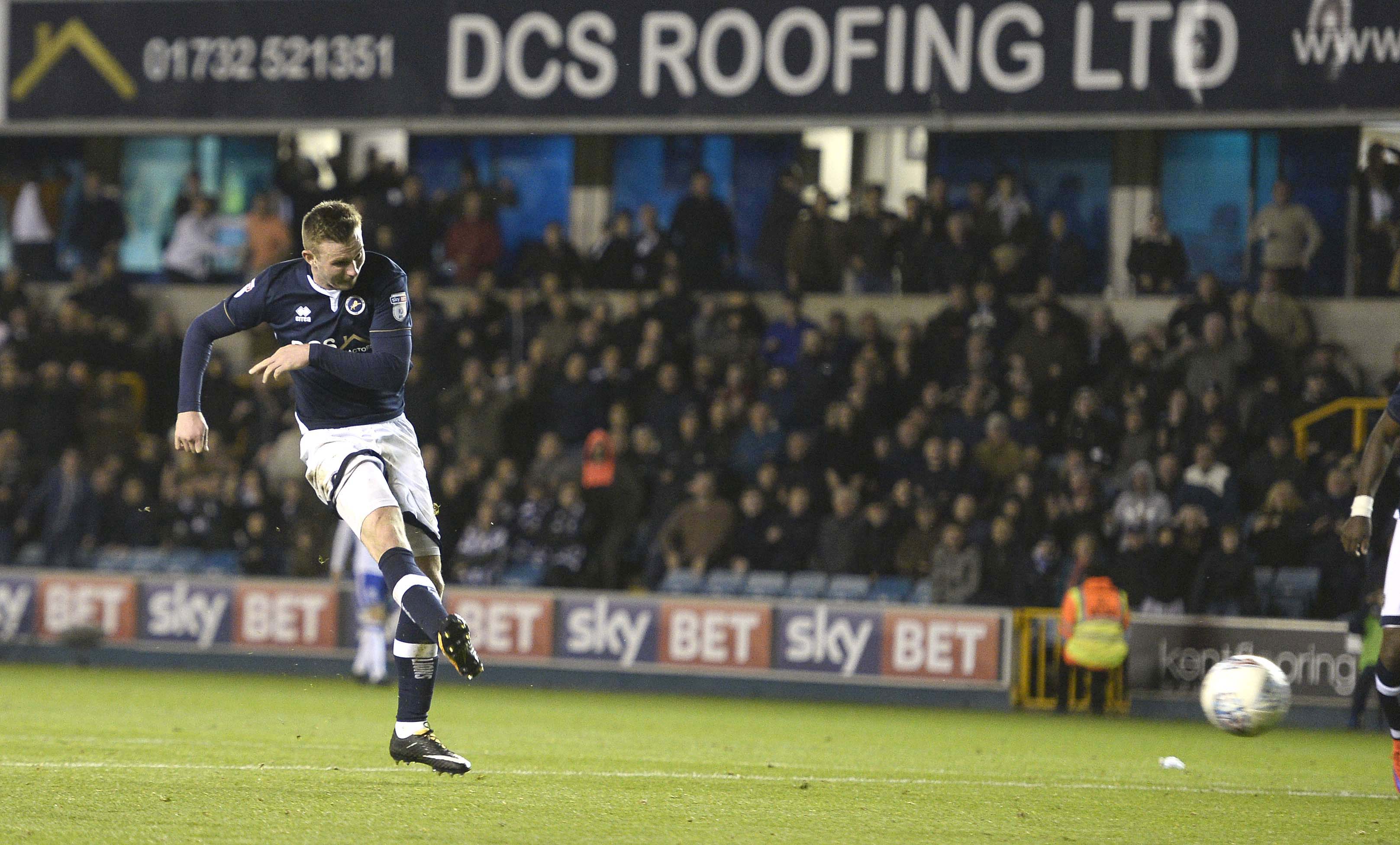 If Millwall can maintain their average points return from their first 13 matches then Championship safety is a certainty.

The Lions are averaging 1.23 points per match and if you spread that out over the 46-game season then it will leave them with a total of 56. That would have put them 16th in the final standings in the 2016-17 season. Easily a safe total.

Millwall knew before the campaign got underway that their form at The Den would be pivotal. And so far the vast majority of their points have been collected at their South London manor.

Only Sheffield United (six) and league leaders Wolves (five) have won more home matches in the division. Hull City (18) are the only side that have scored more than the Lions – who took their tally to 14 after Saturday night’s 2-0 victory over Birmingham – on their own patch.

If Neil Harris’ side can even slightly improve their results – not necessarily displays – when they go on the road then a top-half finish is well within their grasp.

They are one of five clubs yet to get that winning feeling away but three of their next four fixtures see them making road trips, providing opportunities to get off the mark.

Birmingham have managed just one point when they venture away from St Andrews and they could have zero complaints about their latest reverse.

The breakthrough was an own goal, but it was no lucky break for Millwall. If Maxime Colin had not attempted to cut out Steve Morison’s low ball in then Aiden O’Brien – ready and waiting right behind him – would have had a simple close-range finish.

Morison returned from a stomach muscle tear – which forced a three-week break from competitive football – and the Lions produced the kind of ferocious display which makes them hard to contain.

This is no one-man team – Shaun Hutchinson, Jed Wallace, Ryan Tunnicliffe, Jake Cooper, George Saville and Lee Gregory impressed against Birmingham – but Morison has that knack of providing key contributions. That isn’t a fluke.

The Lions had been on top without making that slight superiority tell until the 47th minute.

A razor-sharp Morison beat Jonathan Grounds to Marc Roberts’ header, nicked the ball past the advancing Michael Morrison before providing a cross which Colin could only divert into his net.

If any Millwall player deserves a goal, it is Morison. But Tomasz Kuszczak’s one-handed tip over just before the Millwall number 20 was replaced by Tom Elliott means it is 13 matches since he last netted, in May’s League One play-off final.

Both Morison and Gregory have more duties than just scoring and the latter’s hold-up play was a delight. His excellence at bringing long balls under control was showcased by an effortless looking collection of a Cooper crossfield pass. And Gregory started the move which saw the Lions extend their lead in the 77th minute.

His first-time ball released Elliott on the left and the big forward showed he is anything but just a targetman as he cut inside and unleashed a shot which Kuszczak could only parry into the path of Tunnicliffe, his follow-up strike evading the left glove of the Polish goalkeeper.

Birmingham were unable to break down a Millwall backline who were totally motivated to keep a clean sheet. Hutchinson handed the armband to club captain Tony Craig when he came on in stoppage time but he hurled it into the back of Jordan Archer’s net – more intent on making sure he was ready to help defend a late set-piece rather than worrying about symbolic leadership.

Isaac Vassell fizzed a low effort narrowly past the far post at the end of the first half but the Blues carried only an intermittent threat. With all the money spent in the summer transfer window – including adding the guile of Jota from Brentford – they resorted to Marc Roberts launching in long throws.

Che Adams caused a few problems down the left but the fact he was so reliant on using his right foot saw him end one probing run by trying to beat Archer at his near post when a cross looked a far more productive option.

It was a sixth clean sheet for the Lions this season. Their backline barely put a foot wrong – Hutchinson and Cooper a muscular and uncompromising barrier in the middle. The first 45 minutes were attritional, something which never bothers a Millwall side that isn’t worried about impressing footballing purists.

Birmingham were up for the fight but when Millwall get their game right it has a relentless quality which requires an ability to go toe-to-toe for the full 90 minutes.

City let their guard drop early in the second-half and Morison – as so often has been the case during an outstanding career with the Lions – made sure they paid for it.