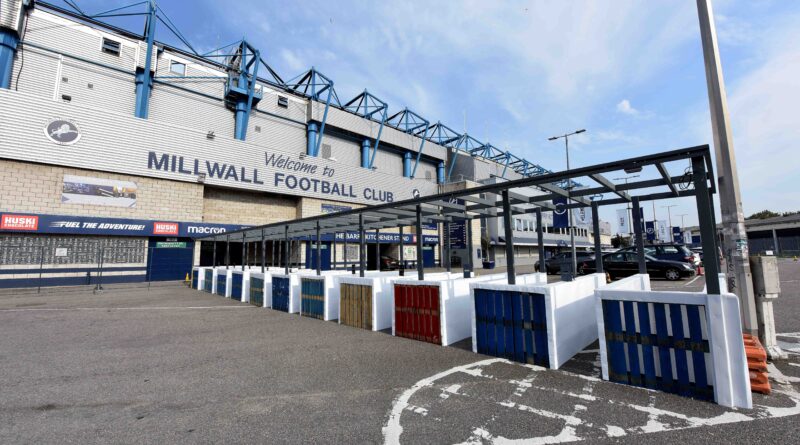 Millwall have suspended selling season tickets after the government announced that supporters will not be allowed back into stadiums on October 1.

It now looks like it will be at least several months before even a heavily restricted number of fans can attend fixtures.

The Lions had been hoping that Saturday’s home game against Brentford would be a trial match for allowing a crowd of 1,000. There had been pilot fixtures last weekend, including Charlton’s game at The Valley against Doncaster Rovers.

But an increase in Covid-19 cases has seen Prime Minister Boris Johnson implement new measures which are set to be in place for at least six months.

Cabinet minister Michael Gove told BBC Breakfast: “We’ve been piloting some open air venues and we do want to be able in due course to allow people to return to watch football and other sporting events.

“We need to be cautious at the moment and I think a mass reopening at this stage wouldn’t be appropriate.”

Millwall’s last match in front of a home crowd was the 1-1 draw against Bristol City on February 29.

“Millwall Football Club can confirm that it has suspended 2020-21 season ticket sales in light of information released by the government overnight and this morning relating to an extended delay in the return of spectators to stadiums,” said the club in a statement today.

“The decision to re-launch season ticket sales yesterday was made in good faith and it is highly regrettable that the need to suspend them has come so soon.

“The club will await more information from the government and football’s governing bodies over the course of the next couple of days before releasing a further announcement regarding season tickets purchased so far and the impact of this latest development for those who have bought.

“There will also be an additional release with details on ways in which all other fans can support their club during an unprecedented period of financial uncertainty.

“Millwall would once again like to thank its entire fan base for their remarkable loyalty and support during an incredibly challenging few months. The situation relating to COVID-19 remains fluid and ever-changing, and Millwall will continue to keep supporters informed with any news and developments.”