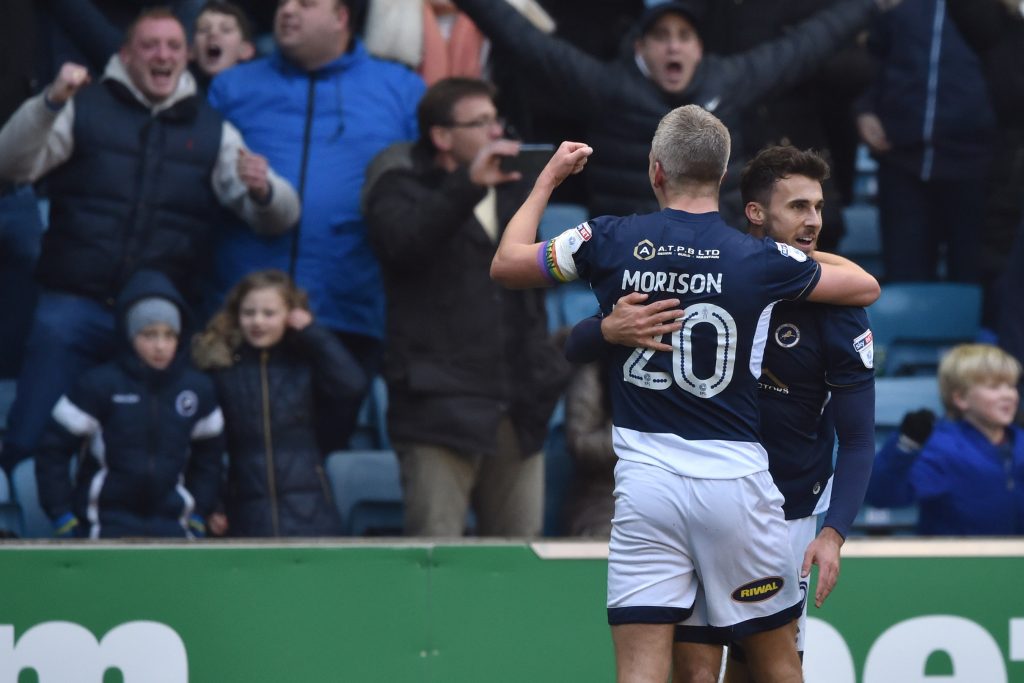 Lee Gregory scored and grabbed an assist in Millwall’s 3-1 win over Sheffield United – with boss Neil Harris revealing the frontman played despite a sickness bug.

The striker opened the scoring at The Den and provided the pass for Mahlon Romeo to put the Lions ahead for the second time on the afternoon.

Harris said: “I took him off because he was ill before the game and ill again at half-time. He wanted to play because it was his hometown club.”

Gregory made a sliding challenge to regain possession and then slid in Romeo to make it 2-1 before Jake Cooper added a late third.

“If you want to epitomise what this football club is all about – that second goal does it in one go,” said Harris.

“Lee tracked back and made an aggressive tackle, his forward pass and run from Mahlon, he had the quality to finish after being out for 18 or 19 games.

“Lee was excellent but he played exactly the same as he did in the last nine or 10 games. But today he had the goal and assist to go with it. He deserved that because every day in training, the positions he gets into in the box is everything you want – apart from the end product.”