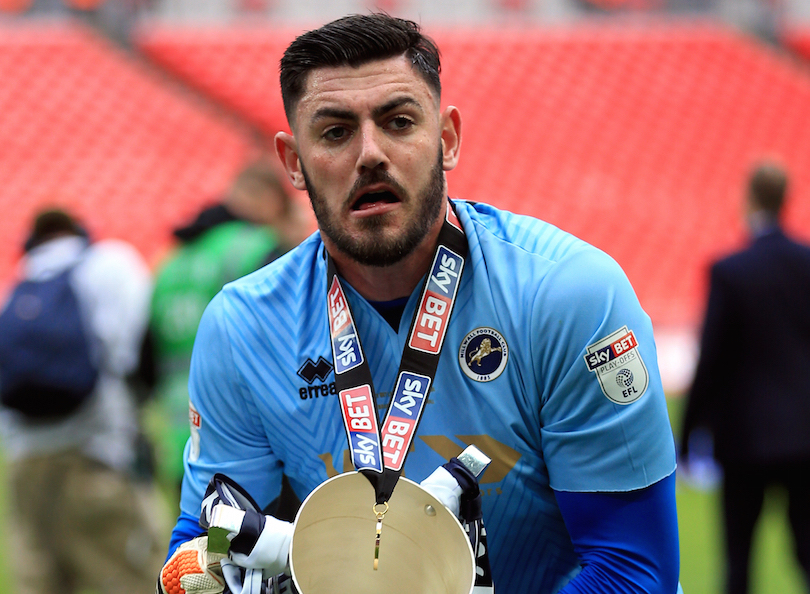 Tom King extended his Millwall contract until the summer of 2019 before completing his loan switch to Stevenage.

Forest Green Rovers were also chasing the 22-year-old but he opted instead for a temporary move to their League Two rivals.

Goalkeeper King has made just two appearances this season, both in the EFL Cup, and has dropped to third in the pecking order after the summer signing of David Martin.

“Kingy burst onto the scene last year and did fantastically well – he is a very good young goalkeeper,” said Lions boss Neil Harris. “He has extended his contract with us and the next natural step is to go and play some regular football.

“The aim is to go out for the second half of the season with the view of coming back in the summer more experienced.

“I like Tom. I took him in from Palace a few years ago. They didn’t want to extend his deal and we thought we had a young goalkeeper with a lot of promise, that hasn’t changed.”