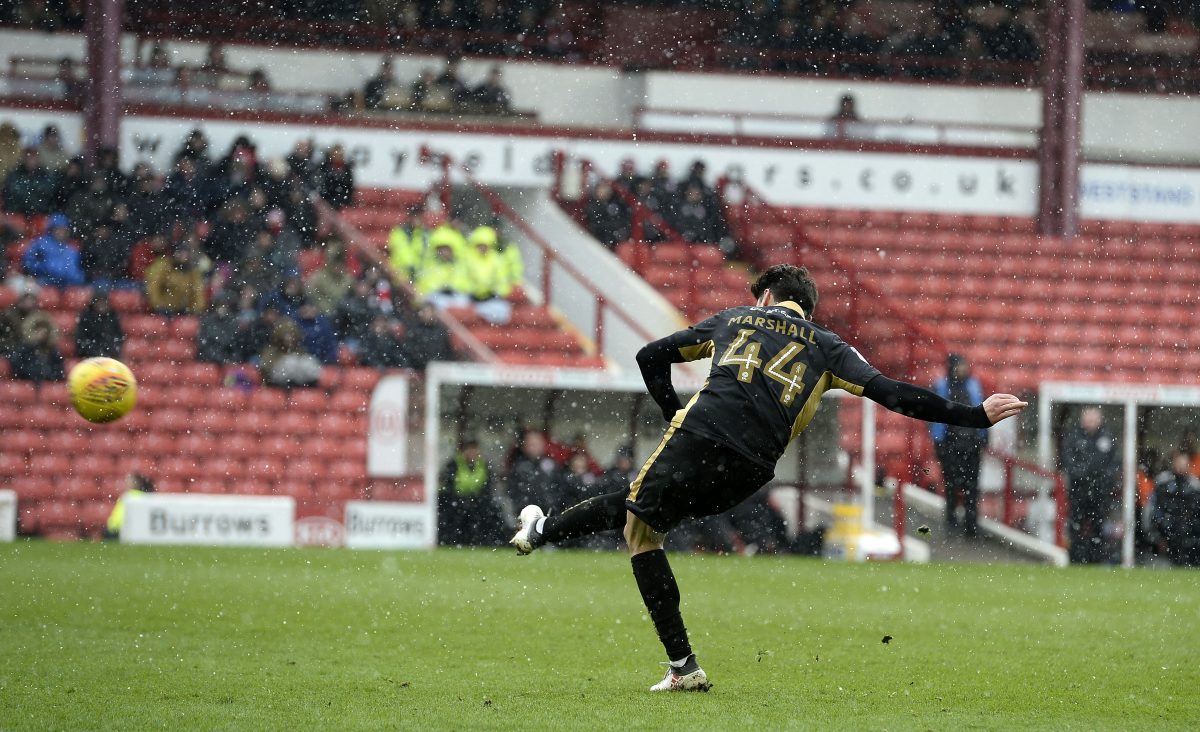 The on-loan Wolves winger bagged the Lions second goal at Barnsley in a 2-0 win – equalling the club’s away record of six consecutive away successes.

It was Marshall’s second goal since joining from the Championship leaders in January.

The Lions’ unbeaten league run is 12 games and the triumph at Oakwell moved them within four points of the top-six.

Marshall said: “We have equalled the club record. It means a lot to us, especially for the fans as well who travel all this way. We are on a roll and have to keep it going.

“Obviously, we were aware of it [the record] and it means a lot to the club, but our main focus is winning games and to try and get promoted. That is all that our mindset should be on really. But we don’t want to take it away, it’s a great achievement.

Marshall has started eight out of Millwall’s nine games since he arrived in South London on deadline day in January and has contributed two goals and one assist.

The 26-year-old struck the winner at Burton Albion last month and doubled Millwall’s lead at Oakwell with a spectacular strike and said he was happy to see his long-range effort find the top corner.

“We started the game really well,” said Marshall. “We took them by surprise. Greggers [Lee Gregory] was a threat in behind. Second-half we were under the cosh a bit. We didn’t really keep the ball and then luckily, I managed to score the goal out of nothing really.”

Lions manager Neil Harris praised Marshall’s qualities saying he has a “huge football intelligence to his game” and that he had been impressed with how swiftly the player adapted to Millwall’s style of play.

Marshall said: “Obviously with the lads, they have helped me settle in. They are all a really good bunch of lads. As a player you are going to play for different managers with different styles of play and the quicker you adapt the quicker you will play.

“I had it in my head what it was going to be like here and the way they play, and I just stuck to it. Luckily, I have been playing quite a lot of games.”