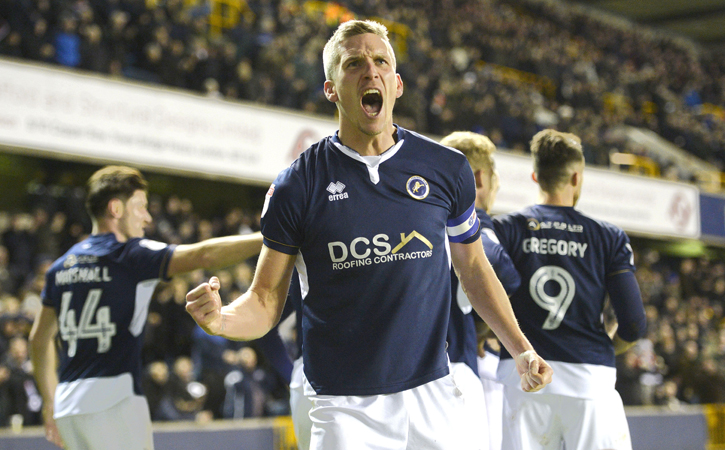 Millwall have not dipped their toe gingerly into Championship waters this season – instead it has been a dive-bomb which has created an almighty splash.

Softly, softly is not the Lions way. And why should it be when they keep having resounding success with their current approach?

Millwall are hot right now, with four wins and three draws since the middle of January on an undefeated run which has only underlined that their tactics are sound. A form table based on the last six matches has the South Londoners joint top with Fulham and Cardiff.

The Lions produced such a strong second-half against Sheffield Wednesday, cowing the Yorkshire outfit into submission, that they looked as if they could have gone straight into the next 90 minutes against Burton Albion instead of being forced to wait until Saturday afternoon.

It was peak Millwall – aggressively but fairly hounding opposition until they lost their taste for battle.

There were so many that put in a prodigious shift. Jed Wallace, surely nearly the top for kilometres covered, still had the desire and energy in his legs to defend a late near-post corner before embarking on a run nearly the entire length of the Den pitch which must have left his lungs burning.

The Lions have lost just three times at home this season – Ipswich, Barnsley and Burton Albion. Since the setback against the Brewers on November 4 they have won four and drawn five.

Every point has been earned by those clubs who have headed away from Millwall’s SE16 stronghold. Cardiff City and Derby County, both jostling for automatic promotion, were forced to dig deep.

Sheffield Wednesday never had the aura of a team that would have that ability to perform for the full duration.

An uneventful first period was only lit up by a sumptuous strike by Joey Pelupessy. Stats website whoscored.com lists defending long shots as a weakness of the Lions, but that could also be a reflection of the fact that they are so good at restricting opportunities inside their penalty area.

Keeping possession is another negative according to the stats men but the amount of passes has never been anywhere near a priority for Neil Harris’ side. It’s easy to see why when a string of opposition have had more of the ball but not been able to break them down.

It’s also worth pointing out that aerial duels, creating scoring chances, counter-attacks plus defending and attacking set-pieces are all put down as strengths. Which really does make Wednesday’s relaxed approach for the Lions leveller even less excusable.

The only way to prevent Jake Cooper from usually getting his head on set-piece deliveries would be grappling hooks attaching him to the ground. But Jos Luhukay’s side did not even attempt to mark the giant centre-back in the 52nd minute.

Cooper nodded Ben Marshall’s free-kick back across the face of goal for Lee Gregory, excellent once again, to net his eighth of the season. Five of his goals have come since the turn of the year. Any team that doesn’t limit the influence of Steve Morison and Gregory is in for a long evening. And Sheffield Wednesday failed to subdue the pair.

Morison had early encouragement as he won plenty in the air, the ball just not quite dropping for another player in a dark blue shirt, and he dinked one through for his strike partner in the 32nd minute but Gregory drove over with two defenders in close pursuit.

Wednesday survived two penalty appeals. Former Charlton left-back Morgan Fox was not punished by referee Peter Bankes as Morison appealed for a push. David Jones certainly looked fortunate to escape a handball. His left arm was away from his side as he cut out Wallace’s attempts to put in a delivery from the right.

Good habits get rewards and that was certainly the case in the lead-up to Morison’s goal just past the hour mark. Jordan Thorniley’s pass to Fox lacked conviction and Wallace alertly intercepted before sending across a perfect low cross which Morison slammed past Owls keeper Joe Wildsmith.

Thorniley suffered major facial injuries in a freak outcome as he slid in to try and make up for his mistake seconds before Wallace collected his sixth assist this season. He was stretchered off and the Lions had to contend with 13 minutes of added time.

Jack Stobbs and Lucas Joao went close for Wednesday in the closing stages but an equaliser would have been a sickener for the hosts, who enjoyed so much control.