The FA Cup may have lost some of its magic, but that didn’t stop Shane Ferguson from writing a new chapter in Millwall’s recent history in the competition.

He saved their bacon by dispatching two spectacular late strikes to ensure their passage into the fourth round for the third consecutive season.
The last time Millwall reached this stage for a third consecutive year was in 2004 – the same year they memorably reached the final before eventually losing 3-0 to Manchester United at the Millennium Stadium.
Ironically, they also came back from 1-0 down to win 2-1 at home in the third-round that year. Tim Cahill was the matchwinner that day. 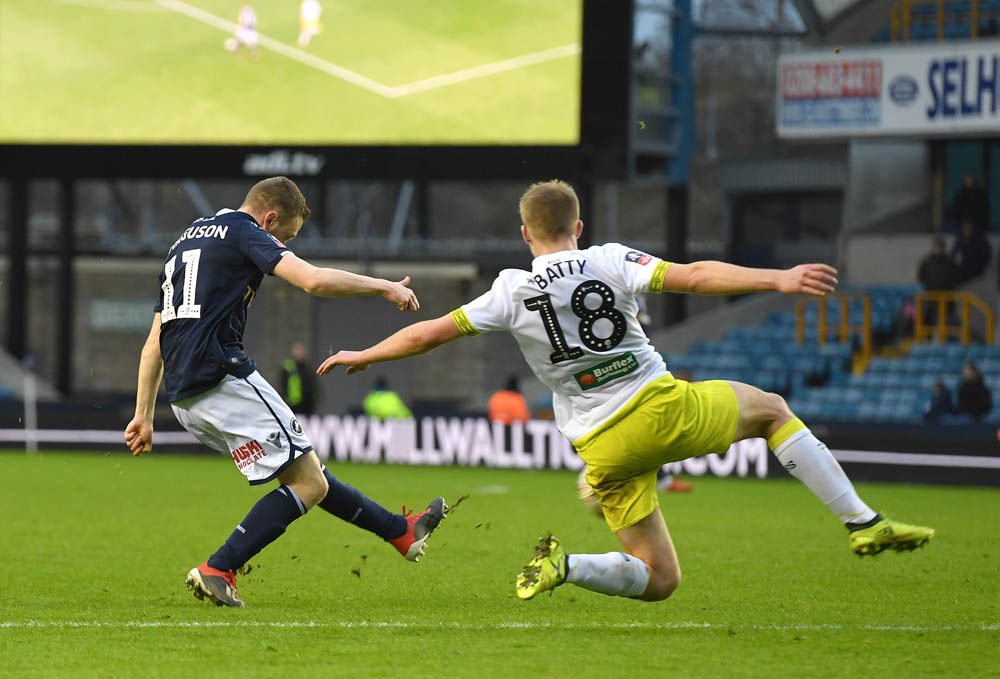 But Ferguson’s 82nd and 85th minute goals were not just about securing a place in the next round of the cup – or even recording a fourth consecutive win in all competitions. More importantly it continued the ever-growing confidence and buzz around South Bermondsey at present.

Millwall came into the game on the back of that excellent second half display at Ipswich Town on New Year’s Day which ended their long-awaited run for a win on the road. It was their fourth match in the space of 11 tiring days and many thought Neil Harris would ring the changes against their Championship opponents. 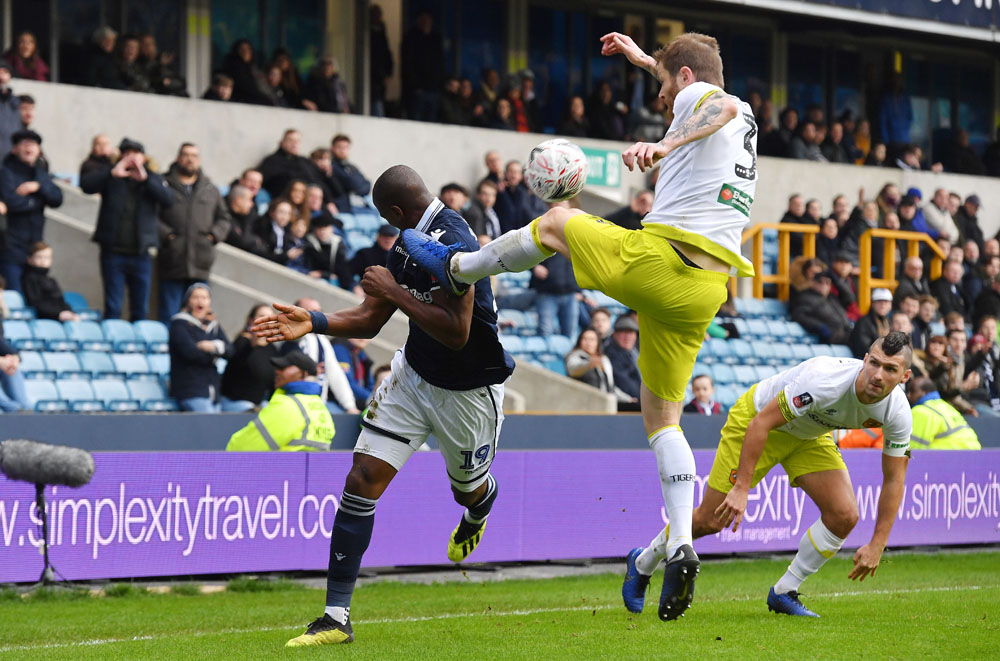 The Lions boss usually gives squad players a chance in the domestic cups – rotating the team against Gillingham, Plymouth Argyle and Fulham in the EFL Cup earlier in the season.

So it came as a surprise to the majority of the small crowd at The Den when just two changes were made from the team that were victorious at Portman Road on Tuesday.

One of them was Alex Pearce – the experienced centre-back who joined on loan until the end of the season from Derby County on Friday. 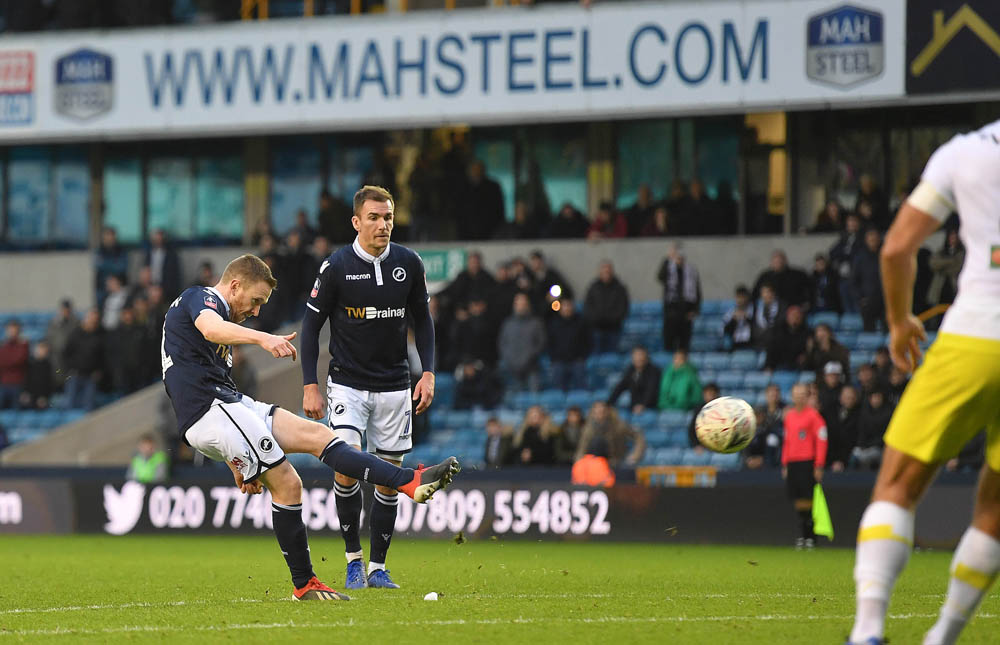 And the 30-year-old came close to marking his Millwall debut in the perfect way, but his back-post header was cleared off the line before Aiden O’Brien was wonderfully denied by George Long with his follow-up.

O’Brien had earlier fired wide after a neat move involving both Murray Wallace and Elliott, before the big striker wasted a great opportunity himself to score his second in as many games.

Millwall weren’t at their best in the opening 45 minutes but their performance deserved at least something to show for their efforts going into the break. 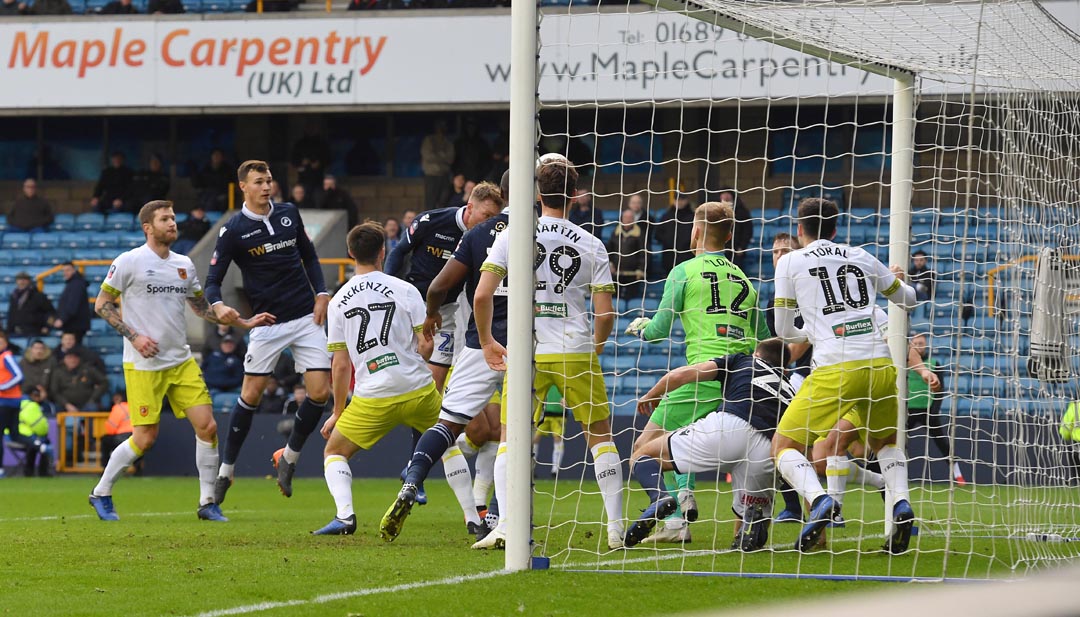 And totally against the pattern of the first half, the Tigers went in front less than seven minutes after the interval.

Jake Cooper and Wallace were caught napping and Nouha Dicko was allowed too much space on the right to pick out Jon Toral, who needed no second invitation to prod his side ahead.

Dicko almost added to his fine assist, but the former Wolves striker could not keep his header down and the Lions were let off the hook.

The game was moving towards a replay and a long round trip to Hull in 10 days time – anything but an  ideal outcome.

So Harris reacted and made a triple substitution. Ferguson, the returning Shaun Williams and Steve Morison were all introduced. It would breathe new life into Millwall’s FA Cup journey.

O’Brien crashed the bar when it looked easier to score before Wallace’s deflected effort was unable to beat Long in the Hull goal. But with eight minutes remaining, Millwall’s man of the moment took centre stage and delivered just the second brace of his career.

Ferguson and Wallace took a short corner on the right. There were some groans from the home fans – who cleary wanted the ball pumped in the box, but they couldn’t have envisaged what was about to happen.

Ferguson cut inside before curling the most beautiful of shots into the top left-hand corner. The finish was so good, Long didn’t even move, let alone dive.

And in the most remarkable of turnarounds, Ferguson struck again three minutes later. Ryan Leonard was brought down just outside the Tigers box. There was only one player that was going to take it and there was only one place the ball was ending up.

There was a feeling of inevitability about it.

This time, Ferguson found the opposite corner. Even more extraordinary – given the quality of those two finishes – is that Millwall’s Northern Ireland international has scored 25 per cent of his career club goals in the previous week.

It was also the 30th FA Cup tie that Millwall have won since the 2003-2004 season – more than any other club outside the top flight.