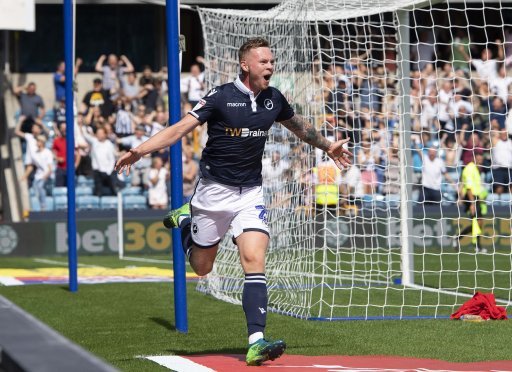 Aiden O’Brien knows that the time may come when he has to leave Millwall.

He’s just very glad that it’s not yet. There was speculation about his future in the summer, but he signed on the dotted line just the day before the start of the season.

The 24-year-old has been with the club since he was in his early teens, and signed pro terms when he turned 17 in 2010.

So it would have been a wrench to leave. “It was difficult,” he admitted. “I have been here for ages now.

“I have learned that this is family. Especially with the people who are here – the manager, [academy head] Scott Fitzgerald. There are loads of people I look up to.

“So it was good the contract came along and we got it sorted – and good to get agreements everyone was happy with.

“It means I am here for another two or three years and I am happy with that.”

The club also stuck with him when a series of loans which, considering where he is now, should have worked out a little better.

But those clubs did not play him wide on the left and allow him free rein to come inside and cause extra problems for the centre-backs. He has the knack of arriving as the ball is bobbling about and to blast in a rebound or a cutback – as he did on Saturday to open the scoring in the 2-2 draw with Middlesbrough.

And he clearly loves to score – as well as celebrating with arms outstretched towards the fans – in a sort of family embrace, if you wanted to get poetic.

“There is a lot less loyalty in football these days,” he said. “The gaffer has shown a lot of faith in me as a young boy.

“He gave me my chance and he has stuck with me. He has given me all my games. I don’t think I would be here if it wasn’t for him.

“Hopefully I have repaid that. He said he wanted me here another two or three years. It took a little while, but now I am glad it is done.”

He acknowledges nothing is forever in life or football.

“You can’t take it too personally in this game,” he said. “If someone ends up leaving, it is because they think the decision is right for them. It is what it is.

“You wish them all the best. Friends move companies from Liverpool Street to King’s Cross. But the grass is not always greener.

“I cannot sit here and say I will be here all my life. I am not a fortune teller. I do not know what is going to happen. I am just planning for what happens today. So it is good to have signed.”

O’Brien has now been living in Bromley for three years, having bought his own place after being brought up on a north London estate.

“I live on a nice estate thanks to football,” he said. “But I go back home once a week to see my friends there. They have always kept my feet on the ground.”

O’Brien’s quickfire start saw him open his account in the 12th minute of the game against Boro.

“The first game of the season is always a joy to play because of the buzz,” he said. “That’s two seasons in a row I have got off the mark on the opening day. I would like to keep that habit. Long may it continue.

“There is always that worry of when you will get your first one. It takes the pressure off a bit. I do not want to be the guy who is still waiting until January – I would not wish that on anyone.

“All I think about is scoring goals. That’s what happens in my head the night before a game. If I don’t score, I feel like I have not 100 per cent done my job – I have been like that since I was 10 years old. My dad put it in my head and it has stuck with me.

“But I also have to think about what I can do for the team. We mixed it up against Boro, which is our strong point – played on the ground sometimes and also went long.

“We like to play off the front and get knockdowns. There are not many teams that can deal with us when we are on the same wavelength.

“We were robbed in that game but did not help ourselves by giving away sloppy goals.”

O’Brien has grown to like the left midfield role which he was first asked to fill it three years ago.

“It works a treat,” he said. “I float inside and full-backs don’t tend to track me. It gives me more freedom.

“But I have to be disciplined as well. With Millwall, as a left midfielder, more than half my job is the defensive role. I had never done that before and that has helped my game, which is another positive.

“My ball control and finishing are my main assets, though.”

O’Brien is the first to admit his heading is not his strong point – though his first goal was with his head and he has even scored a couple with the back of his bonce.

“I am not the best with my head – but my first goal was a header, against Brentford,” he pointed out – the Lions’ second goal in a 2-2 draw which so nearly helped them beat the drop after the departure of Ian Holloway – and Harris’s appointment as the manager, which has been so crucial to O’Brien’s progress.

The 24-year-old is now high on confidence – as signalled by his willingness to talk about his goal target this season.

“In League One it was 15 and I reached that twice,” he said. “After we were promoted, I put it down to 10, which would be not bad for a midfielder in the Championship.

“Last season I was out for six weeks with an ankle injury.