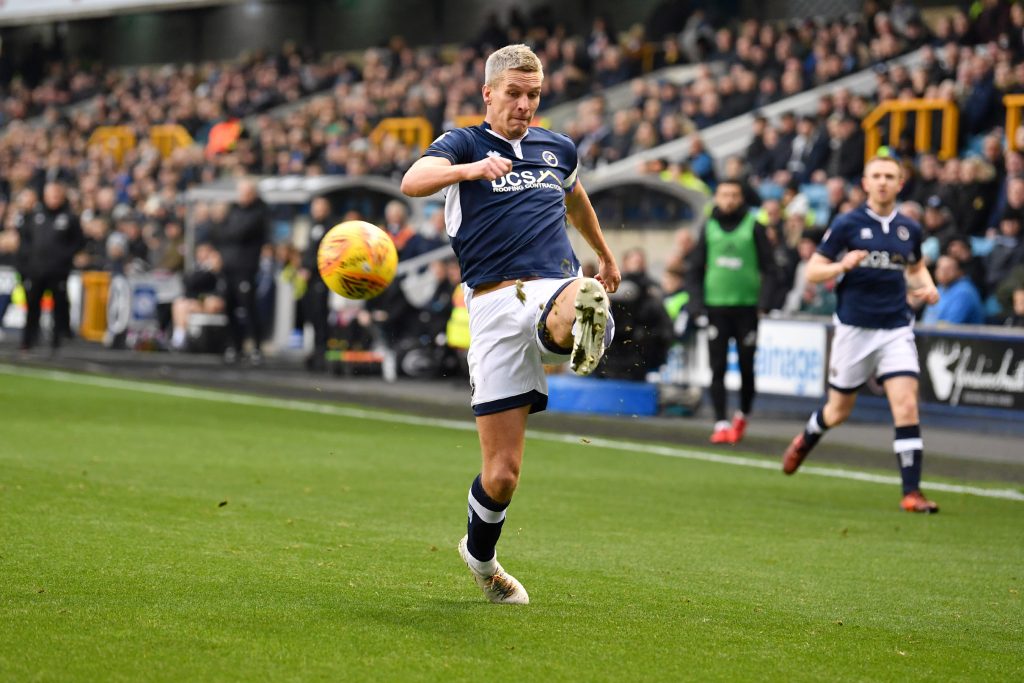 Steve Morison has extended his Millwall stay until the end of next season – after triggering a clause in his contract.

The Lions striker played his 20th Championship game of the season on Saturday and that activated an extra 12 months.

Millwall boss Neil Harris told the club’s website: “His experience and leadership is pivotal to this club.

“His performances this year have been very, very good. He has picked up where he had last year and although he hasn’t had the goal tally that we would like, his role is a little bit different this season.

“Where last year he was a talisman for goals, now he is our talisman for our attacking shape and a focal point.

“His knowledge of the game and what he can pass on to the younger players is really key.

“We are trying to build a young, vibrant squad and recruiting upcoming players and thinking long-term, but you have to have the balance. You have to have players like Steve Morison, Tony Craig and Dave Martin because the players need guiding.”