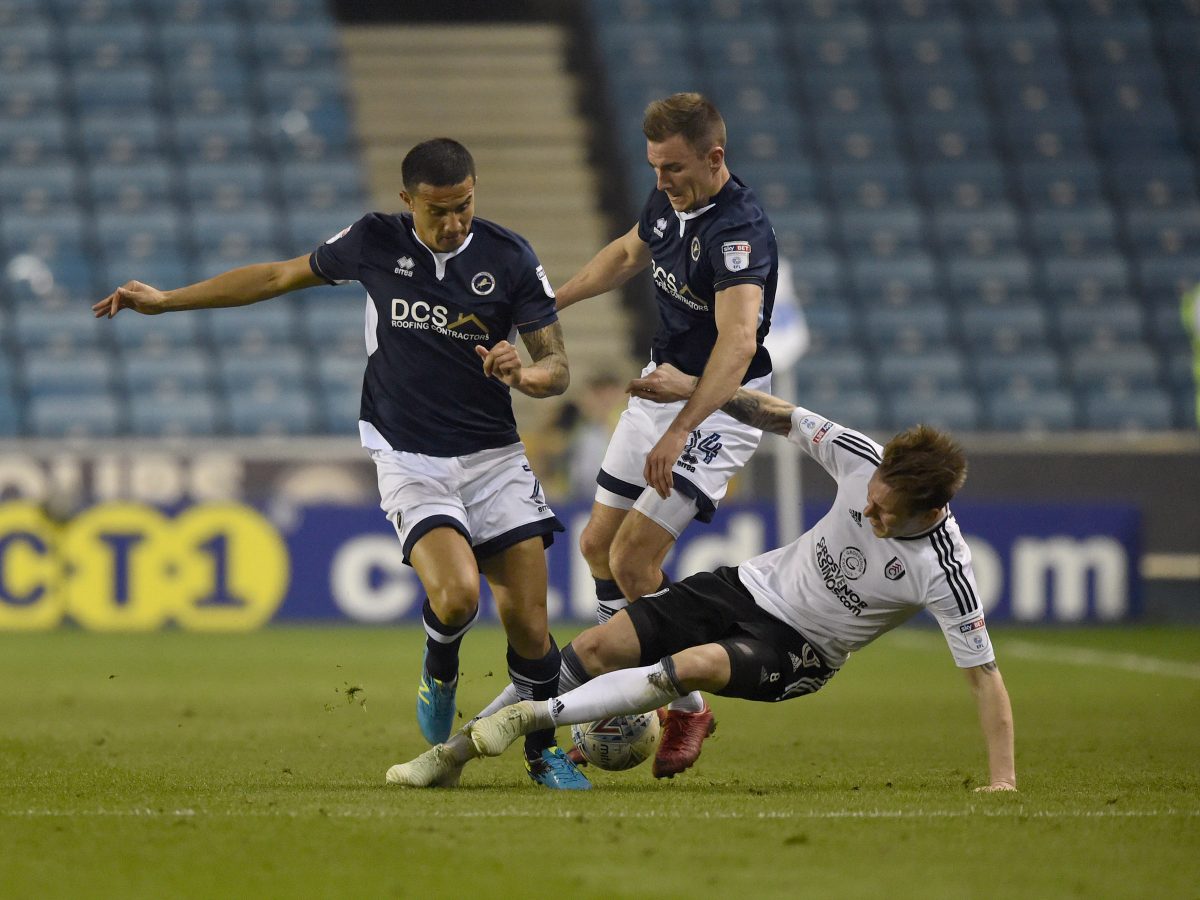 Tim Cahill’s Championship season could be over after Millwall did not contest a charge of violent conduct by the Football Association.

It means that the Lions fans’ favourite will play no part in their remaining league matches this season and he would also sit out the first leg of the play-offs if the South London club reach the knockout format of the competition.

The 38-year-old rejoined his former club in January, with the move partly aimed at him building up his match sharpness and fitness as he looks to make Australia’s World Cup squad.

Cahill caught Fulham full-back Ryan Fredericks with his elbow in the second half of Friday’s 3-0 home defeat at The Den.

Although referee Andre Marriner took no action at the time, video evidence has been used to take action against the attacker.

Fulham striker Aleksandar Mitrovic can be seen lashing out at Cahill just seconds after the incident but the Serbian frontman, on loan from Newcastle United, has somehow escaped any further action.

An FA statement said: “Tim Cahill will miss Millwall’s next three matches after he admitted a charge of violent conduct.

“The incident, which was not seen by the match officials but caught on video, occurred in the 85th minute of Friday’s game against Fulham [20/04/18].”

Cahill will miss Saturday evening’s game at Middlesbrough and also the final day of the campaign against Aston Villa.

It means that he will not play another match at The Den as he will also be unavailable for the play-offs. If Millwall do reach it then they will be at home first.

Cahill has made 10 Championship appearances for the Lions but the earliest he has been introduced to the action was as a 72nd minute substitute against Hull City.

He has been booked four times and was also carded in the Fulham match.