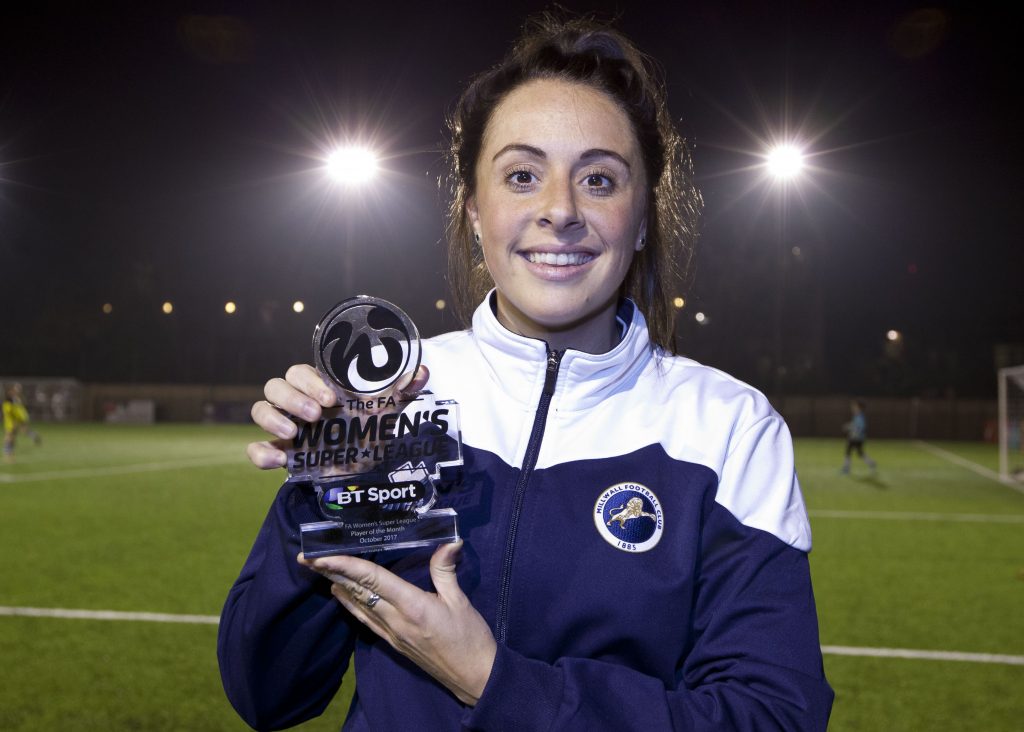 Millwall Lionesses striker Ashlee Hincks has been selected as the FA WSL 2 Player of the Month for October.

Hincks put in a number of standout performances in the South London club’s first four FA WSL 2 games this season.

She bagged a late goal to rescue a point against Doncaster Rovers, before two decisive finishes against Brighton & Hove Albion and London Bees made the difference in narrow wins to keep Lionesses at the top of the table at the end of last month.

Presented with the FA WSL 2 Player of the Month award, Ashlee Hincks said: “I feel I have performed well, as a forward it’s always important to hit the ground running with goals and the goals I have scored so far have delivered vital points in games to either get us one or three points. Saying that, it’s a credit to the whole team, I don’t get the chances to score if everyone else isn’t performing.”