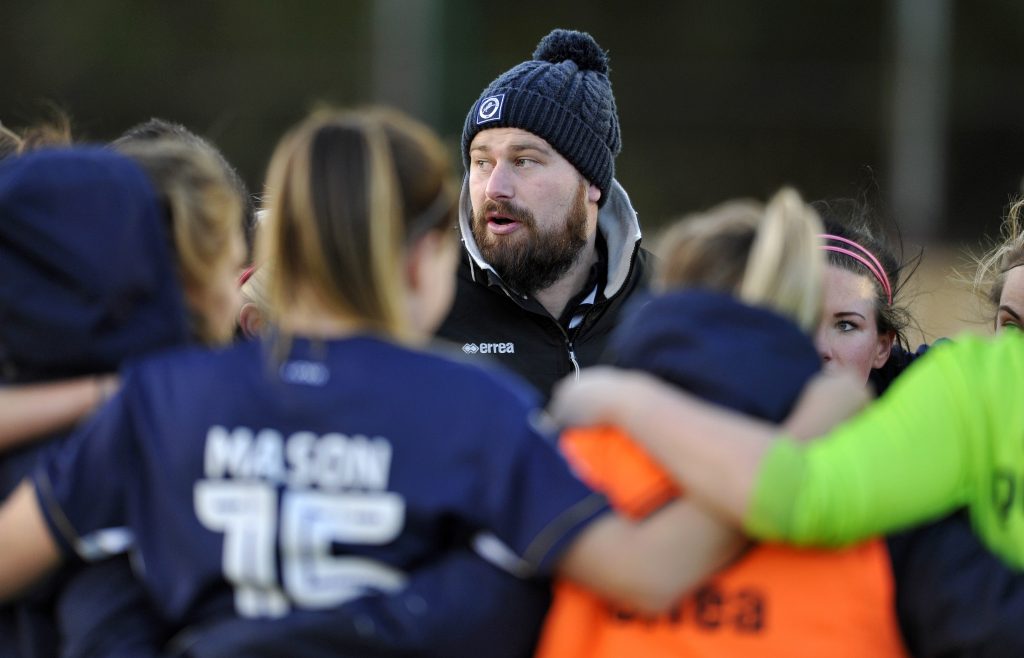 Lee Burch has admitted the change to the promotion structure in the FA Women’s Super League is a “kick in the teeth” – with Millwall Lionesses unable to win promotion this season.

The South London club were one of the favourites for the title before a ball was kicked. They are third and only four points behind leaders Doncaster Rovers Belles with a game in hand.

But final league positions are immaterial to who goes up or down as it will be decided by licensing criteria.

It means Brighton & Hove Albion, recently granted tier one status, are in the mix for a top-flight spot.

Lionesses have gained tier two and manager Burch said: “We had a good portion of what we needed to go tier one but one requirement is that you have to go full-time. That was the big stumbling block.

“Sunderland are in the league above and haven’t been able to fulfill that, so they look like dropping out of the division no matter where they finish.

“Everything else we were quite strong on, like our academy, but we don’t have the money to go and make our players and everybody else full-time. We don’t have Premier League backing and you’re talking about half a million quid and that would still be putting some players on minimum wage.

“That might be okay with a 17 or 18-year-old England youth international but not a 28-year-old female player who has already got a good job as well as playing at a good standard – some wouldn’t be able to do it.

“The big thing was that we found out one game into the season after we had beaten Watford 3-1 and then they [the FA] decided it all.

“It didn’t really sit as fair. That’s not our football culture. You like to see teams get their rewards coming through the divisions like Wimbledon back in the day or Huddersfield, Burnley or Bournemouth – they came from nowhere because they have been good enough on the field.

“It has been a bit of a kick in the teeth but we still had to finish in the top two. I’ve said lets see if we can write that story.

“It has opened up for other clubs like West Ham and Crystal Palace, not just to come into our division but maybe even leapfrog into Super League 1. The landscape is really going to change because Watford and Oxford have indicated they are not even going to be in it.

“We’re going to be staying at our level. It is hard to motivate the players when they know we can win the league or come second and not get the rewards for it. My girls are good as gold, we’ll be alright.”

Millwall had three points deducted for an administrative error which they are appealing.

Burch explained: “We made a mistake registering a player for the first game of the season. It was a simple little error but at the moment we are three points off where we should be according to the results.

“It was to do with the registration of a player who has been with us for years. There are some mitigating circumstances around the person who did that role which the FA did not take on board. We’re not holding our breath on those three points.

“But we are still on a 12-game unbeaten run. Sheffield are the last team to beat us in the league in February 2017.

“It was quite controversial circumstances. They won 2-1 at our place but their winner was where the ball came down off the crossbar and we didn’t feel it had bounced down and over the line. The linesman gave it.

“I wouldn’t say this is revenge as much as us looking to right a wrong.

“The game before we drew 2-2 with them so we know they are a good side.”

Millwall’s break from the action was extended by their fixture against Tottenham in mid-December being called off due to snowfall.

“The pitch was fine but it was postponed due to travel concerns,” said Burch. “We knew we would have a fair amount of time without matches and have planned for that – it is not a shock to the system.

“The players have all had their own programmes to do away from us and I’ve been kept up to date by our strength and conditioning guys. These are elite players and they go away and do their work.

“I gave them a little bit of extra time off with Christmas. I’ve got a few whose families are up in Scotland and it gives them a bit of a chance to get away and really relax. Hopefully now the schedule will be a bit more hectic.”

Crystal Palace Ladies are at home to Coventry United Ladies in the FA Cup on Sunday with Charlton Athletic Women facing a tie at Ipswich Town Ladies.