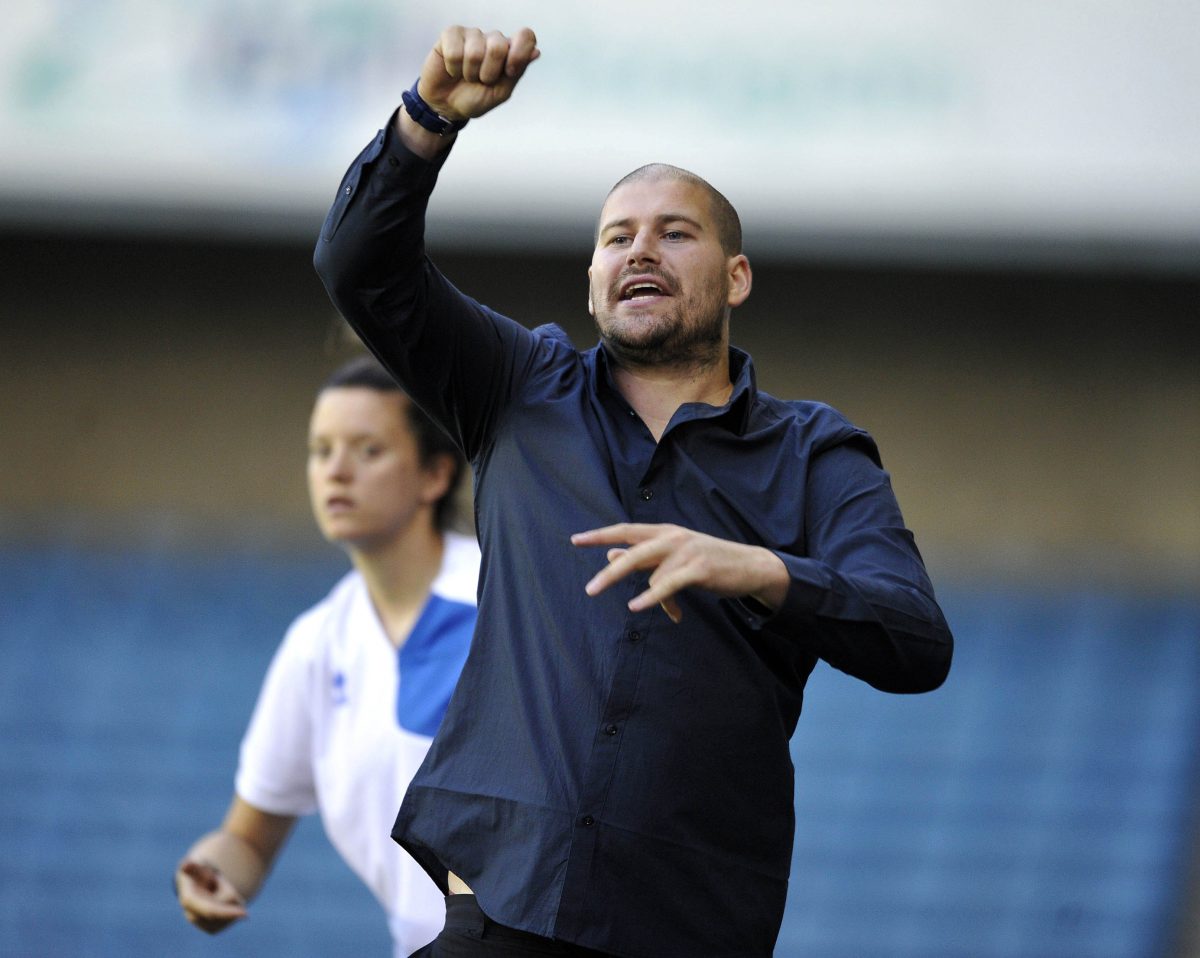 The table-topping Lionesses face Arsenal and London Bees again in the Continental Tyres Cup on November 1 and 5 respectively.

Millwall lost their opening group game in the cup – 1-0 to Watford Ladies just over a week ago – but Burch is confident of a strong response from his team, who have started their league campaign with seven points from three games.

He said: “We’re 100 per cent prioritising the London Bees league game. We’ll aim to give a good account ourselves against Arsenal, which is a nice challenge, but the league is our bread and butter.

“We’ve reacted well as a group to the Watford defeat and I’m confident I’ll get a good reaction against London Bees We made six or seven changes to the side as our priority is the league but we still went out to win. Although the result was disappointing we won’t dwell on it too much. We’ve done so well in our three league games – there was always going to be a drop off in performance, especially when I make that many changes.”

Burch made six alterations to his selection from the Brighton & Hove Albion victory in an attempt to give squad and youth players an opportunity.

He added: “We’re playing Lewes in a friendly this weekend and then we’ll have a hectic nine days with the London Bees game and two cup encounters. Our fixture list is a bit all over the place this month – it’s been a challenge juggling around the players’ schedules.

“On the night, Watford probably wanted it that little bit more. We need to show that desire in every single game because we need to get used to not being the underdogs. That was not the case when I first became manager, which is a credit to the players.

“We had a few knocks going into the game. Billie Brooks suffered a concussion against Brighton. She is out for a few weeks – which is a big loss – and Georgina Giddings was just back from suspension dating back to the end of last season.

“We played some youngsters. It was my decision to rotate. I’ll do the same when we play London Bees in the cup. It’s a great chance to give young players and squad players minutes in a very competitive game. The players who came in did well but it’s always difficult to gel with players you’re not used to playing with. We just didn’t click on the night particularly going forward.”

Charlton continued their strong start to the season with a 3-2 victory over Wimbledon Ladies in the first round of the FA Women’s Premier League Cup. Charlotte Gurr scored a dramatic winner in the eighth minute of stoppage time – almost instantly after Wimbledon had equalised. A brace from Charlotte Lee had put Charlton 2-1 ahead heading into stoppage time.

The Dons goals came from Rebecca Sargent and Katie Stanley.

Charlton are top of the Women’s Premier League Southern Division with 24 points from nine games. They face Parkwood Rangers away on Sunday in the Counties Cup.

Crystal Palace suffered a 2-1 defeat at home to Lewes in the FAWPL Cup. Gemma Bryan’s 58th-minute strike was not enough as Palace failed to recover from a 2-0 half-time deficit.

Palace are third in the Women’s Premier League with 16 points after eight games and play West Ham at home on Sunday in the Counties Cup.