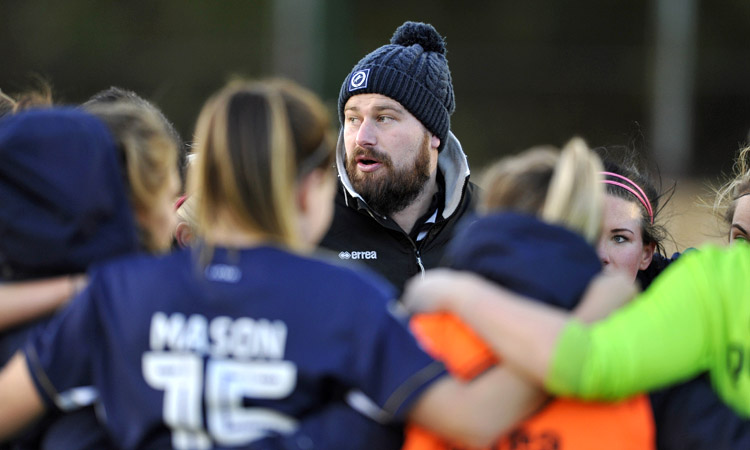 Millwall Lionesses are victims of the restructuring of the women’s game domestically – as they are unable to win promotion out of FA WSL 2 this season.

Lee Burch’s side made it a calendar year unbeaten in the league in February and are battling Doncaster Belles for the title.

Lionesses only knew after the campaign started that they would not be able to go up as clubs jockeyed for leagues based on hitting licensing criteria.

Burch said: “We try as a group not to worry about things we can’t change and focus instead on the positives – we are still trying to win the league.

“But come the end of the season if we are in that top two then there is probably going to be a bit of heartache because in any other season that would get us promotion.

“At the moment we are just enjoying being at the right end of the table.”

Lionesses are set to face Manchester United in the second tier next season with confirmation they will field an adult women’s side in the 2018-19 programme.

“It will be quite exciting,” said Burch. “I understand people’s thoughts on that – that a club is jumping from nowhere into it. But they do have a RTC [regional training centre], so they have the girls academy system. You need to show a pathway through.

“It can only be good for the female game to have a club the size of Manchester United in the division.

“It is going to be a very interesting summer to see who gets put where. It would be nice if we knew earlier because we are trying to plan for next season, that is very hard because you don’t know who you are competing against.

“There could be three or four clubs in the London area coming into the division and competing for players, and even more so it means they will travel now. Manchester United is going to be of interest.

“With us doing well I also imagine our players will be of more interest to people than in previous seasons.”

West Ham United could also be in the same division as Millwall.

“They wanted to jump to tier one,” said Burch. “They are definitely coming into either our division or the one above.

“These Premier League clubs have a very good opportunity if they can tap into the resources of the men’s sides.

“There are going to be some big changes at those clubs and it is going to affect us.”