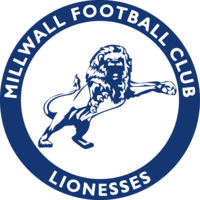 England midfielder Jordan Nobbs scored twice as Arsenal made it two wins from two in the FA WSL Continental Tyres Cup with a emphatic 5-2 victory against a dogged Millwall Lionesses.

The Lionesses showed why they are top of WSL2, as they twice pegged back the Gunners, who were eventually able to find an extra gear in the final 15 minutes.

Beth Mead broke the deadlock for Arsenal in spectacular fashion after 11 minutes, when she ran the ball out of her own half and beat a couple of players before finding the top corner from 25 yards.

The hosts drew level off a mistake by Arsenal keeper Anna Moorhouse, as she fumbled Bonnie Horwood’s set-piece and Ellie Mason got the final touch as the ball was scrambled in.

Mason struck a post from close range before the Gunners went ahead again just before half-time. Nobbs’ corner from the left drifted over everyone and in, via the far post.

The Lionesses equalised thanks to an absolutely stunning effort from 30 yards by Ella Rutherford that sailed over Moorhouse and into the top corner.

They were level for just five minutes. Nobbs’ dangerous free-kick from the left beat defenders and attackers alike to sneak in.

“The score feels a bit harsh because in the first half we were both getting good chances and it was about finishing them and about mistakes.

“The second half was harsh on us, but Arsenal are a top side, they’ve got top players and all the girls have put a great shift in.

“You’ve seen from the games before in the league that when we go down, we get back up and for us to get back into the game against a team like Arsenal twice just shows the effort and work-rate that our team has.

“We know that Millwall are a physical side, who put in some hard tackles, and we didn’t give them many chances but when we did they scored from them.

“I think we need to tidy up at times, but we’ve also had two debutants on the pitch, who put in a good performance and that’s great for us to show in this team.

“We’ve been working hard and we’ve got a lot of internationals as well. That fitness did kick in for us in the end, where we got a bit stronger.

“I definitely think we had a lot more joy in the second half with the ball, so that was a positive from us.

“I’ve working on my set-pieces a lot – I get to take them with England and here with Arsenal as well, so I’ve tried to up my game.

“Hopefully it showed that I’ve been practicing a lot and I’m glad they went in.”