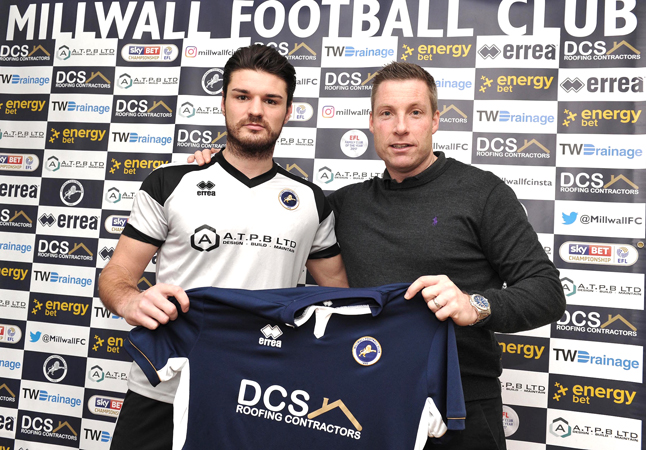 New Millwall loan signing Ben Marshall had the option of permanent moves away from Wolves.

The 26-year-old winger joined the Lions on transfer deadline day.

Manager Neil Harris said: “Ben has played some outstanding football in the Championship in the last few years and is very unfortunate he is behind some superstars at Wolves this year.

“He’s had some involvement in matchday squads but not been given the game time. We’ve tracked him for a while, certainly all the window. He turned down a couple of permanent opportunities away from Wolves.

“We were always there waiting and hoping there would be a chance to get him.

“He knows George Saville very well, that is a big selling point. We’re pleased to have him. He gives us quality on the football and can play either wing, off the striker or even at right-back, he has played 30-odd matches in that position too.

“His set-piece delivery is excellent and so many games are won or lost on set-plays. Like all the lads we have brought in he is a bit short on matches and the reason they are short-term deals is they need football to catch up.

“He comes straight into the squad for the weekend.

“It’s not just about stockpiling players. I’ve almost been in charge for three years and when I took over we had an imbalance in the squad – it was too big.

“This is the biggest squad I have had but it is about versatility and players having different attributes in the squad.

“Steve Morison and Tom Elliott are very similar in a lot of ways but also have little attributes that are slightly different. Lee Gregory and Fred Onyedinma both want to run but are different in other ways.

“It certainly gives us the opportunity to change the team and freshen it up at time.”