Gary Rowett has been pleased with Matt Smith’s start to pre-season – with the big striker netting in three of their tune-up matches.

The centre-forward struck twice in Saturday’s 2-0 win over Barnet. Smith also scored in the 3-2 loss to Watford as well as the 2-0 victory against Motherwell.

All three of the matches have been played behind closed doors.

“Smudge looks fit, he looks in good condition,” said Millwall boss Rowett. “He has moved well in the games and we know with Smudge that he is always dangerous.

“We know that. Saying thatMatt Smith is deadly in the air and scores those goals probably justifies why I wanted to keep him so much. Because he is fantastic at what he does. His all-round game has been good so far. 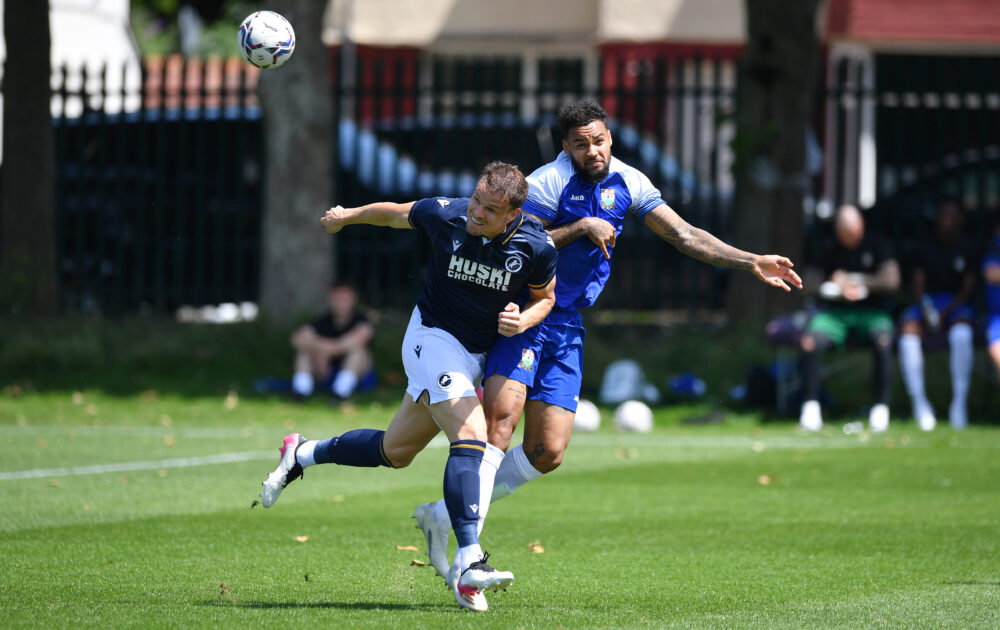 “He’s not the only one, but he is the one who has got on the end of stuff.

“I’ve been really pleased with him.

“You put the right balls in the box for Matt – if I’m a centre-half I don’t want to see that ball coming just over my head with him lurking behind me. I’ve got a good idea what is going to happen, because he has done it for a vast number of years.”

Millwall’s match at AFC Bournemouth this weekend is off.

“We were originally down to play them but with travelling and one or two other things, we just felt it was sensible for us to postpone the game,” said Rowett. “We’ll see if something comes up late, in terms of another game or an in-house game – just to give some more minutes to the players.”