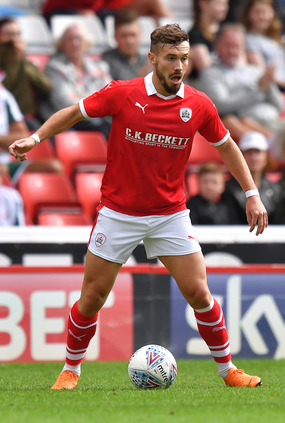 Millwall Sport
6 August 20187 August 2018 Toby Porter 0 Comments
Neil Harris says his search for a striker may be hard to complete before the transfer deadline closes on Thursday.
But he is cautiously optimistic that a loan deal to bring in a forward could be done before the end of August – with a view to a permanent signing.
The Lions were linked over the weekend with Barnsley hitman Tom Bradshaw, who played in their 4-0 opening day home win over Oxford.
But the chances of him – or anyone else – moving south before the deadline for permanent acquisitions look slim.
Harris said: “We are trying to add to our squad. We are trying to bring in an attacking player. We do need to add someone.
“We will work around the clock to try and get it done this week. If not, we will try to carry on with the discussion.
“If we can finalise that would be good, but it will be hard in such a difficult market.
“But we do have until the end of August because after Thursday, clubs can sign on loan with a view to a permanent deal being done in the January transfer window.
“But it has to be the right player on the right terms.
“Character will be everything for us. Anyone coming in will be joining a group who fought and scrapped and played so well for the club for so long but were denied at the death. So they have to fit into that mindset.”