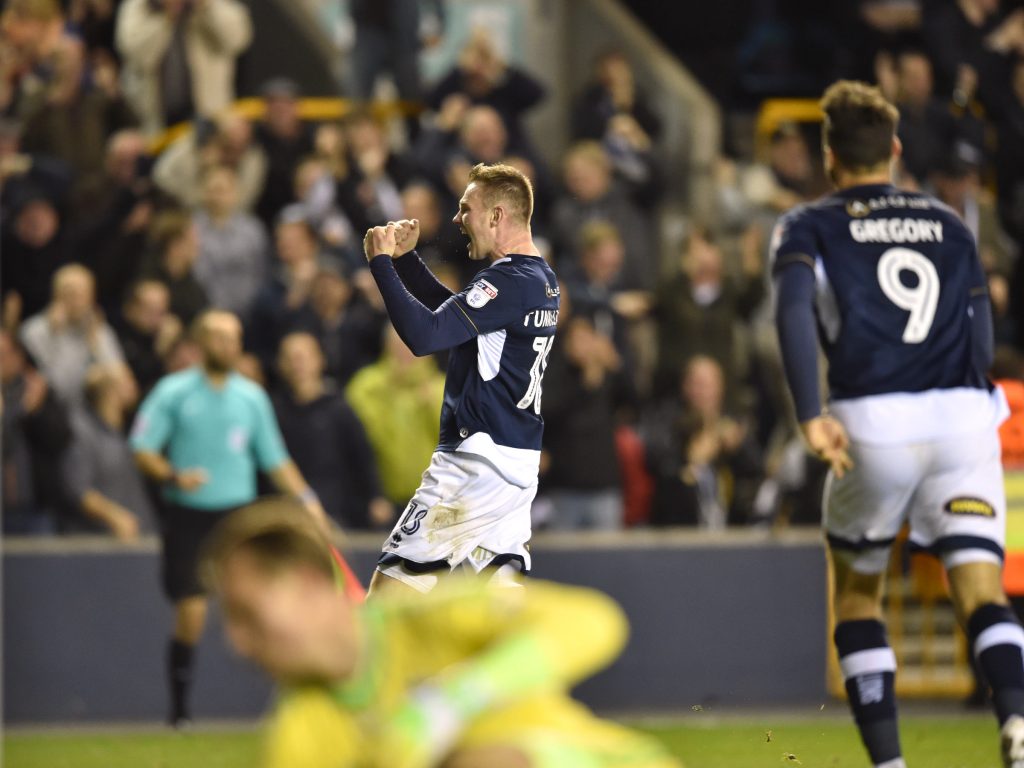 Ryan Tunnicliffe was happy to open his goal account for Millwall in Saturday’s 2-0 win over Birmingham City – but admits scoring is not a priority.

The 24-year-old netted once last season and managed a haul of two in the 2015-16 campaign at Fulham.

When asked about his scoring record, Tunnicliffe replied: “It’s not great. I think I’ve hit the bar about 23 times – which is something I’m quite proud of! “I’ve just not had the rub of the green. Everyone wants to score but I pride myself first and foremost on doing a job for the team with my running power, tackling and being brave.

“It gets your name on Sky Sports if you score but I’m more than happy to do the dogged work and let Gregs [Lee Gregory], Moro [Steve Morison] and Els [Tom Elliott] get the goals.

“If I can chip in now and again, like on Saturday night, it’s better for the team. As long as we win I’m not too mithered.

“It was lovely to get my first goal at home. It was quite special. I was buzzing when the ball came to me. I kept my head over the ball and drove it into the ground – you’ve got to hit the target. Luckily it went through somebody’s legs and the keeper was unsighted. It snuck in.”

Millwall boss Neil Harris spoke post-match about how Tunnicliffe had done extra work on the training pitch last week to fit more smoothly into their style of play. The Lions are more direct than his previous clubs – Manchester United and Fulham.

“It is different to what I have played before but it is an effective style if we get it right,” said the former England under-17 international.

“It’s an adapting period for me.

“The gaffer showed me some videos from the Brentford game. I’ll just try and keep improving to get into the way we like to play. I pride myself on being an intelligent footballer. It’s taken a few weeks to get to grips with but it has come off for me in a good way.

“It’s a nice and easy club to settle at. The crowd are so passionate and it is a predominantly British group. As soon as I walked through the door everyone made me feel welcome. That makes it easy to do your job.”

Tunnicliffe has played 148 Championship matches after only featuring twice for Manchester United.

“It doesn’t work out for many people there – it’s a hard place to try and force your way into the team,” he said. “I always said when I got to a certain age that if I wasn’t around the first-team I wasn’t going to sit and be in the reserves until 22 or 23. I don’t feel that was right for my development as a footballer.”