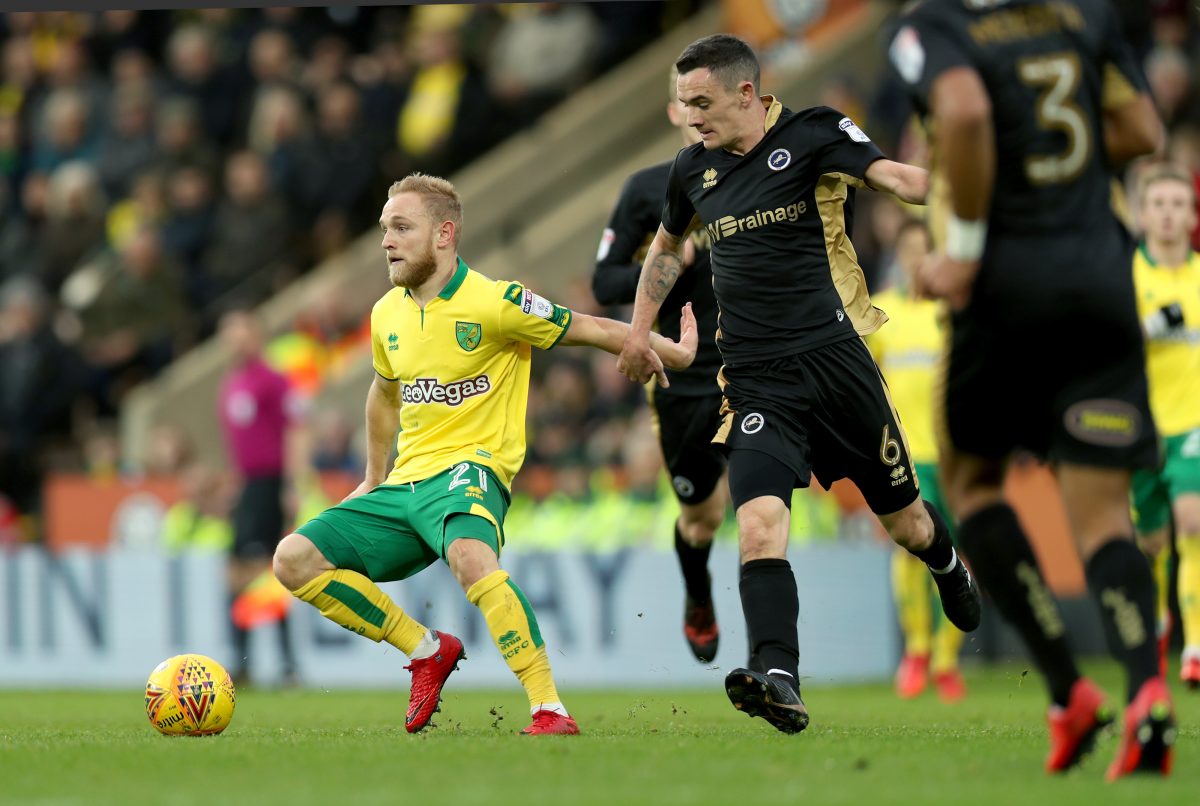 Shaun Williams has vowed that Millwall will not quietly disappear from the play-off race.

The Lions face a challenge to secure a top six spot as they are likely to need a victory tomorrow evening at Middlesbrough and on the final day of the Championship campaign against Aston Villa.

Both opposition are in play-off positions with Millwall dropping out after Derby’s 3-1 victory over Cardiff on Tuesday.

“If any of us step off the gas then you won’t be in the team – everyone is still fighting for their place even though there are only two games to go,” said the Irish midfielder. “We’ll have a right go on Saturday and hopefully pull through.

“If they [Villa] are cemented in the play-offs then they might play a weakened team. But even if they bring their strongest side, we battered them up there [at Villa Park] anyway.

“That was my first game back [after a knee injury] and I don’t know how we didn’t get the three points. We’ll make it right this time.”

The Lions had the weekend off to lick their wounds after Fulham’s 3-0 win at The Den ended their 17-match unbeaten run in the league.

“You learn from your mistakes and I’m sure if we had another crack at them we wouldn’t succumb to as many mistakes,” said Williams. “We’d enforce our game for the whole of it, rather than just the first half.

“I don’t think 3-0 was a reflection on the whole match.

“We started like we normally do and were unlucky not to get a goal. We probably needed one to stay in the game. To concede from a shot from distance makes it an uphill battle from then, they just get better when they get a lead. They weren’t up to much before that.”

Millwall fans still gave their side a standing ovation when they left the field.

Williams said: “I’ve been here for a while and we have come off to all sorts of abuse. So to get cheered off after a 3-0 defeat was nice.

“It was unbelievable support on the night, it has been good all season. Those full houses definitely spur us on.

“The connection we have with the fans this season and the last one is just getting stronger, long may it continue. Losing one game out of 18 isn’t bad and they appreciate the hard work everyone puts in. They know we want it as much as they do.”

Millwall’s have been shortlisted for the FMA [Football Medical Association] Medicine and Performance Team 2017-18 Award.

Williams recovered ahead of schedule from a knee injury and Lions boss Neil Harris has benefitted from a lack of absences this season – only Byron Webster missing nearly the entire campaign with serious knee damage.

“They should get the award without anyone else getting a look-in,” said Williams. “We have used the fewest players in the league and are probably the fittest team in the league.

“With the technology they have now they can manage people a little bit better, they have good resources and have put it to full use.”