Millwall midfielder Ryan Leonard has been pleased with his start to the season – but still wants to develop and add more goals to his game.

Leonard’s spell in SE16 hasn’t always been smooth since his arrival for a club record fee from Sheffield United back in 2018. But after recovering from a lengthy spell out injured last year, the midfielder has been a mainstay in Gary Rowett’s side since football resumed after lockdown.

The Lions midfielder is one of only four outfield players to have played every minute of Millwall’s seven league games so far – and he has managed to pitch in with a goal and an assist too. Rowett has called for more of the squad to chip in with goals and named Leonard as someone who could contribute following his 30-yard thunderbolt against Hull back in July.

Leonard has found the net twice already this season in all competitions, and revealed that he’s aiming to find the net on a more consistent basis going forward.

“On a personal note, it’s been a good start to the season. I’ve managed to get over my injury quite well and get fit which was the biggest thing for me – trying to get fit and get into the team. It’s nice to chip in with a couple of goals as well and to just be a bit more positive really in myself and the way I’m trying to play. 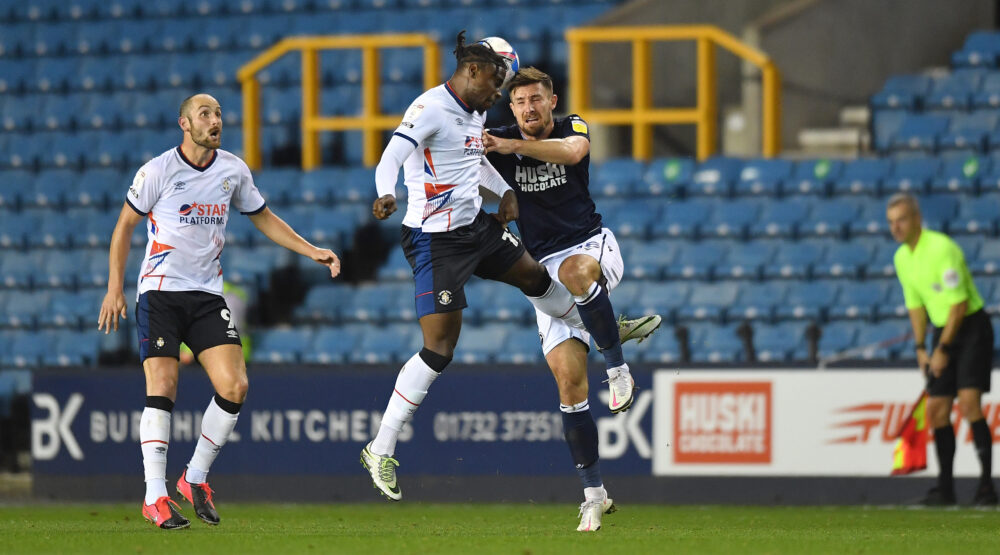 “I’ve enjoyed working under the gaffer so far – obviously I started [working with him] late because of my injury. But it was nice to get a little pre-season in and to be playing and doing well. I’m happy with the standards I’ve set. Obviously, I’d like to kick on and develop more and get some more goals into my game and keep getting forward. I’m pleased with how I’ve started the season.

“When I was out, the lads were doing brilliant – they’d set a really good standard. For me – in the formation we play – [I want to] just get a little bit higher up the pitch and try and finish things off. Obviously I’ve managed to score a couple of goals and start to chip in with a few assists. But the aim for me is just to try and get higher up the pitch and try to produce a little bit more at the top end of the pitch.”