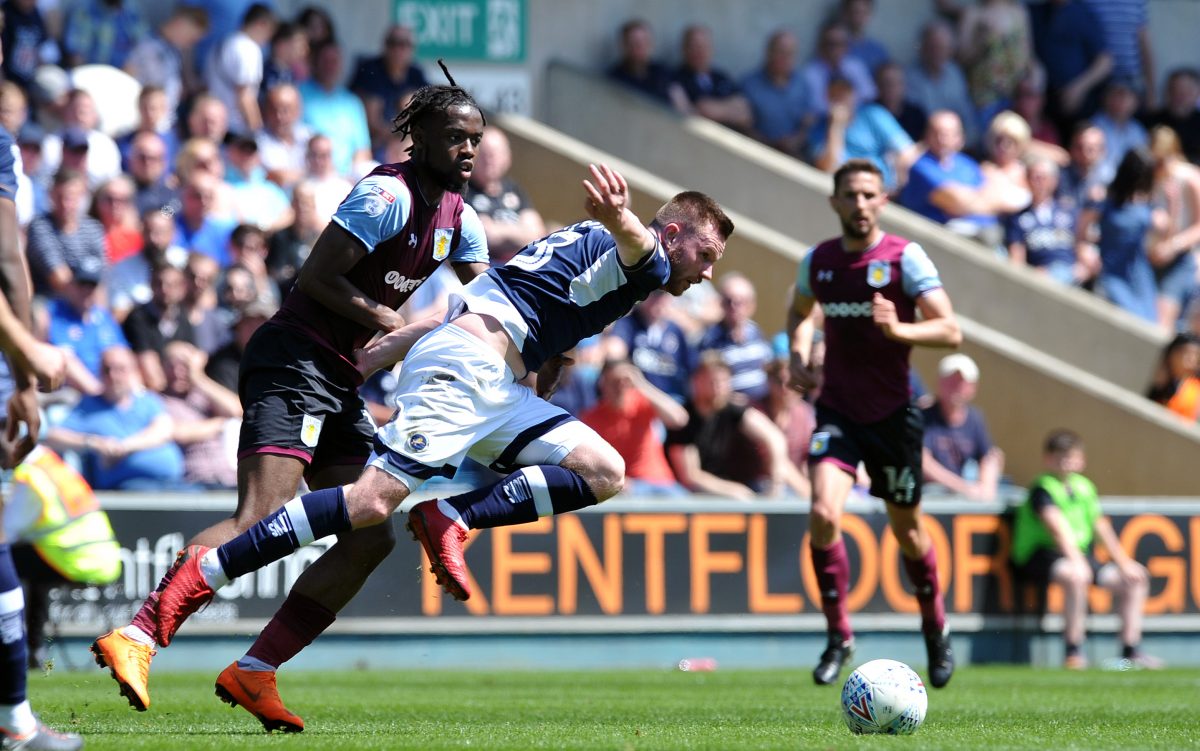 Ryan Tunnicliffe has admitted that there is at least a tinge of disappointment for Millwall that they were unable to hold down a Championship play-off spot.

The Lions were sixth in the table going into the final weeks of April but suffered back-to-back losses to Fulham and Middlesbrough to leave them out of the promotion picture on the final day of the normal campaign.

Tunnicliffe, fouled for Shaun Williams’ match-winning penalty on Sunday against Aston Villa, still felt it was a season to savour.

“To get over 70 points is remarkable,” said the former Fulham and Manchester United midfielder, signed on a free just before the league kicked off.

“We were professional and gave the fans something to cheer about on the last day.

“When you look back it has been  a great season considering we were relegation favourites at the start. For us to come so close and not get over the line [for the play-offs], we can all be proud.

“I think so [that disappointment at not making the top six]. You need to keep up the good routines that got you in there. But Fulham, Middlesbrough and Villa were always going to be tough games.

“We all came up short. Everyone was disappointed after the Middlesbrough game, that our season was pretty much over barring a massive goal difference swing.

“January and February were big for us. We came out of it with 11 or 12 points and played a lot of the top sides. We got belief we could beat those big clubs, especially at home.”

The 25-year-old featured 27 times for Millwall, starting the last two fixtures due to injury to George Saville.

“I think I’ve played quite well when chosen,” said Tunnicliffe. “I would’ve liked to have played more but the boys have been on a fantastic run and I couldn’t get in the team.”