Gary Rowett reckons there will be further discussions between Millwall and Derby County before a decision is made on Mason Bennett’s future.

The 23-year-old striker is on loan until the end of the season and the Lions have an option to make his stay permanent.

Bennett scored his first goal since his January switch in the 1-1 draw with Swansea at the end of June but picked up a hip injury which sidelined him for the last two Championship fixtures.

“It’s a difficult one with Mase,” said Millwall manager Rowett. “He’s the sort of player you’d love to keep. He has shown in the few games he has played that he has got something different to what we’ve already got.

“It’s difficult because I hoped he would come in and play 15 games and we’d have a big set of matches to be able to choose whether to take up the option. We’ll have to sit down and decide what we do and how we do it.

“There will probably have to be discussion between the clubs first.”

Bennett has featured six times for Millwall – four of those starts.

“Certainly what Mason has shown is that that we lack that type of player at times in the team – just that pace and power,” said Rowett. “You’ve seen in the last couple of games that we’ve needed one or two more options on the pitch.

“If you look at Middlesbrough, even if [Britt] Assombalonga and [Ashley] Fletcher don’t play well they cause you problems all game by stretching the defence and waiting for you to make a mistake. That’s something we’d like to add to our team.” 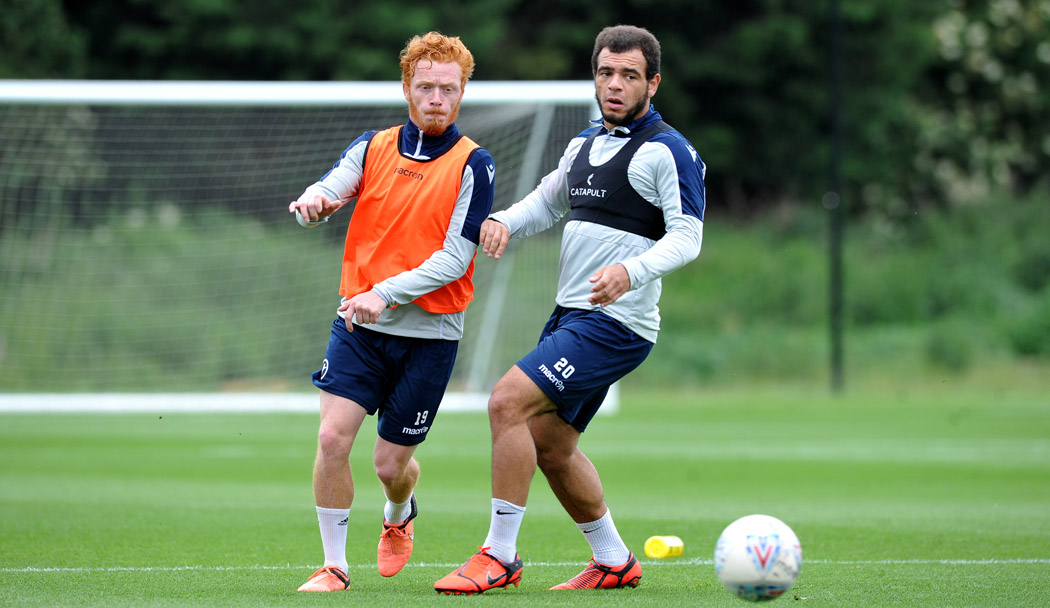 Rowett is keen to keep Ryan Woods,  pictured inset, who still has 12 months to run on his Stoke City contract.

The 26-year-old midfielder arrived on loan in mid-January and has featured 15 times for the Lions. Woods was Millwall’s star man in last Friday’s derby win at Charlton.

“It’s well-documented that we want to maintain that Millwall ethos and spirit of players who give their all for the club, but also improve the quality and way we play,” said Rowett. “Woodsy gives us flexibility. He has been really, really important, so he’s one I’d like to try and keep for next season.

“We want to add more players of that ilk to the group.”

Rowett has revealed that Mahlon Romeo (groin) and Murray Wallace (glute) are both doubts for tomorrow’s match at Hull City. Jon Dadi Bodvarsson (knee) is expected to be out.

“It’s down to the quick turnaround of games,” said the Lions chief.

“But I don’t think it is necessarily a bad thing to start giving people opportunities and time on the pitch.”