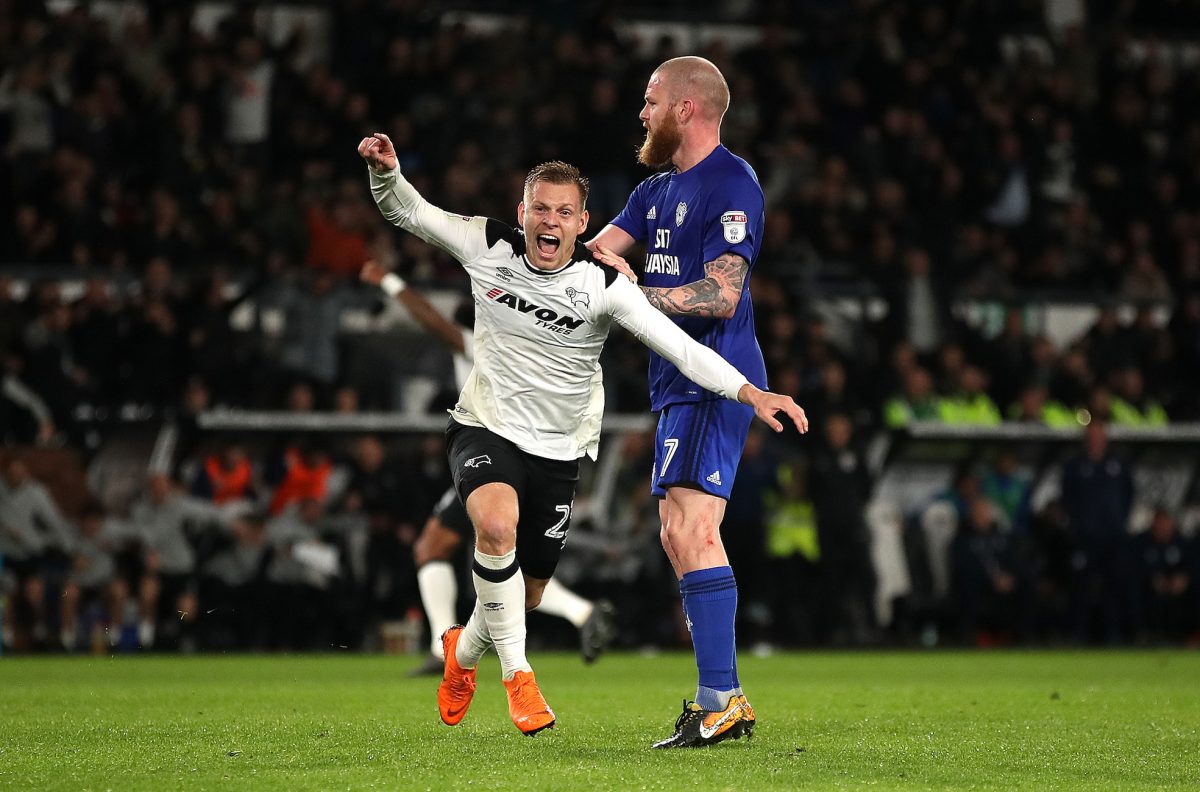 Millwall were knocked out of the Championship top six last night – as Derby County picked up a 3-1 win over Cardiff City at Pride Park.

Lions boss Neil Harris went to the match as he checked on two potential opponents in the end-of-season play-offs.

The Rams were trailing to Callum Paterson’s first-half goal but a double from former Crystal Palace striker Cameron Jerome and Matej Vydra saw them clinch a vital win.

It means that Millwall are highly likely to need victories in both their remaining league fixtures – Saturday’s trip to Middlesbrough and Aston Villa at home – to be in with a shot at extending their season and sealing a top-six berth.

Derby ended a run of three straight losses and Rowett said: “We are a team that need confidence – we can’t just bludgeon teams. As soon as we lost in February people talk about a curse and that doesn’t help.”