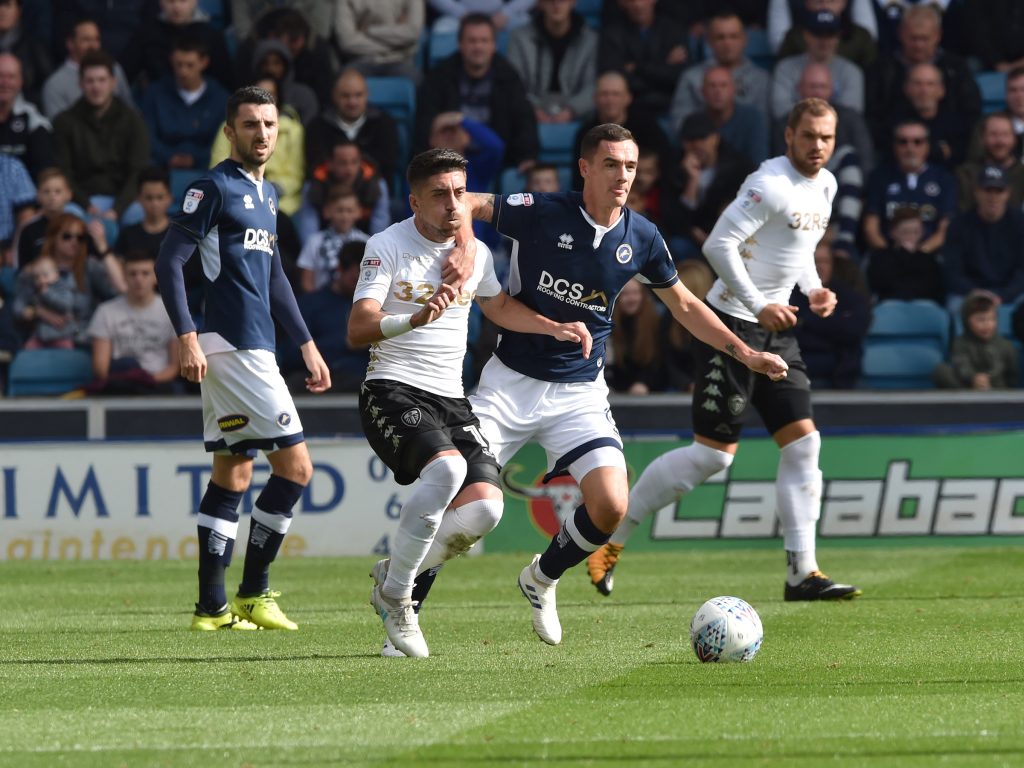 Shaun Williams looks set to be back in the Millwall squad for tomorrow’s match at Aston Villa – ending a two-month spell on the sidelines.

Williams is expected to play for the Lions’ under-23 side on Monday against QPR.

But Millwall boss Harris has indicated the 31-year-old Dubliner could be in his matchday 18 for this weekend’s big test at Villa Park.

“Willo has been excellent since he resumed training,” said the Lions chief. “He looks strong and there is no sign of any injury problems. He’s had five or six really good training sessions.

“We have an under-23 match on Monday against QPR, which he’ll be looking to be involved in, but he is a naturally fit lad who has worked extremely hard to get back.

“There is not going to be a major need for many sessions or games before he is considered fit enough to be in the squad.

“Realistically we are probably looking at him playing an hour against QPR. But he will be available for us next Saturday – without a shadow of a doubt.

“He is in consideration to travel to Aston Villa. He’s in a really good place and will be a boost for us, even if it is only for 10 or 20 minutes.”

Millwall took 13 points from 10 games with Williams in their side but after the knee problem – suffered in a 2-1 win over Reading on September 26 – they have taken nine points from the same amount of matches.

“It is a game we fully know we are capable of getting a result in and we will attack it in that manner,” said Harris. “Millwall are the underdog, which is the usual way, but we’ll go to win the game.”