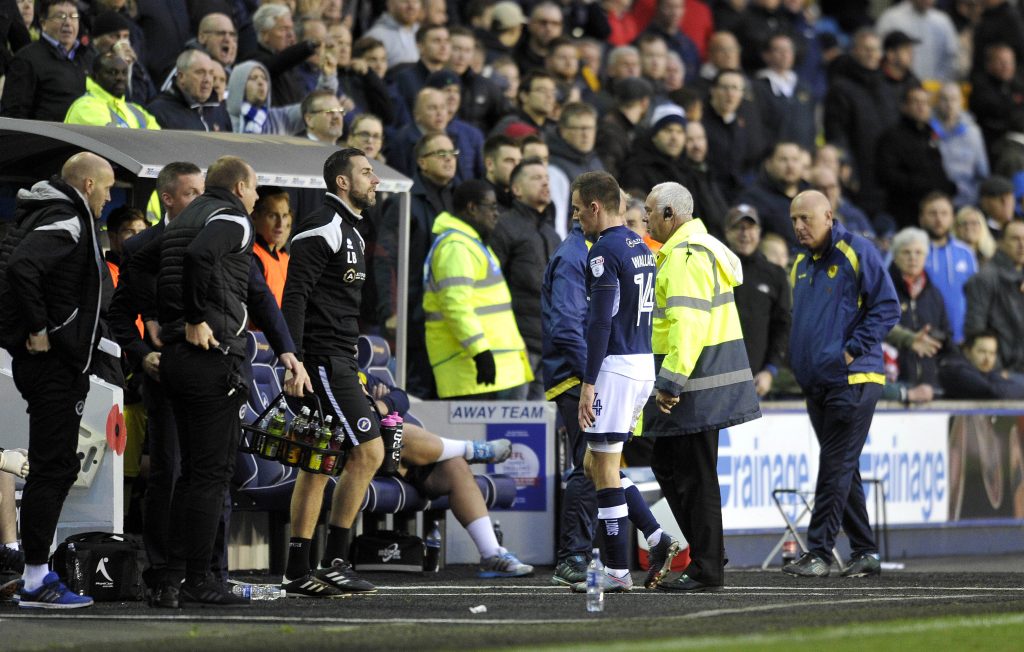 The Lions winger will now serve a suspension following his second-half dismissal against Burton Albion.

Wallace was sent off for a late challenge on Burton left-back Tom Flanagan.

But Millwall have issued the following statement: “The club is extremely disappointed by the decision and believes the result of this appeal calls into question the FA’s entire processes in this regard. Consequently, the club is now calling on the FA, with assistance from the PGMOL, to review the appeals process to ensure greater consistency and clarity in their decisions.

“In the days since Wallace’s dismissal senior figures at the club have had private discussions with the PGMOL and the Head of Judicial Services at the FA and both, after reviewing the clip, insisted that it was not a red card offence. On the day of the game the match assessor privately informed the club that it was not a sending off offence. The fourth official, speaking to the referee following the foul, advised him it should be a yellow card. The referee made this admission after the game.

“Since the rejection of this appeal the PGMOL have gone on record to say they are “flabbergasted” with the decision and confirmed that at no point did anyone from the FA seek their opinion. The club accepts that the current process does not allow for this which is why it is calling for a review into the way the FA judges appeals in order to modernise and, importantly, to ensure proper discussion with the relevant professional bodies takes place.

“It would appear in this instance that the FA have assumed that because the referee has stuck to his position on the dismissal that this too must be the view held by the PGMOL. That is clearly not the case.

“The club’s view is that the PGMOL should be involved in the FA’s appeal process which, as it stands, appears archaic. This incident highlights how a lack of appropriate communication has led to a decision which goes completely against the views of several other professionals, including the referees’ own governing body.

“Earlier this season an Aston Villa player in another Championship match was dismissed for a foul similar to Wallace’s yet had that red card overturned following an appeal. Clearly such inconsistencies are not good for the integrity of the game or this country’s leading governing body.

“Steve Kavanagh, the club’s chief executive officer, has requested a joint meeting with the FA, the Head of Judicial Services at the FA, the head of the PGMOL and the EFL.”