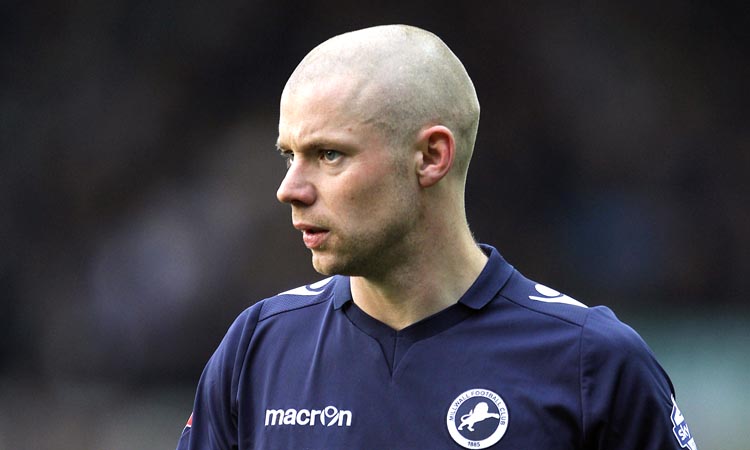 Alan Dunne could have so many Wembley finals to look forward to that he is considering moving into a nearby hotel.

The 35-year-old still keeps a close eye on Millwall, where he played just 400 games, but is also now player-coach at Bromley, who have reached the FA Trophy final.

The Ravens lost 2-1 at Hartlepool on Tuesday night to put a slight dent in their play-off hopes in the National League – but they can still catch Dover Athletic if they win their three matches in hand.

Millwall are still in the mix for the Championship top six.

“I’ve gone to Wembley to watch Millwall the last two years and it could be three times this year as Bromley have got an outside chance of the play-offs,” said Dunne. “I might just move into one of the hotels next door.

Dunne’s role in football is changing.

“I came to Bromley last year as player-coach but this year it has been more coach-player. I’m learning off Neil Smith, the manager, and his assistant Mark Hammond.

“I’ve been in the game 20 years, it is all I know. I’m on the coaching ladder. Bromley has got good people – it is like a little Millwall.”

Dunne has watched the Lions grow into a force this season, their first back in the Championship after a two-year absence.

“Neil Harris has got young, fit, and hungry players,” he said. “He has created a team spirit which looks unbreakable and sometimes, putting tactics to one side, it can be as powerful as anything in the league. Evidently he has got that now, it is a big weapon.

“At Bromley the foundations are being laid for the long term, the club is growing in the right direction. We are looking to take 20,000 people to Wembley, that is remarkable.

“We finished 10th last season, our highest finish in non-league, and want to improve on that.”