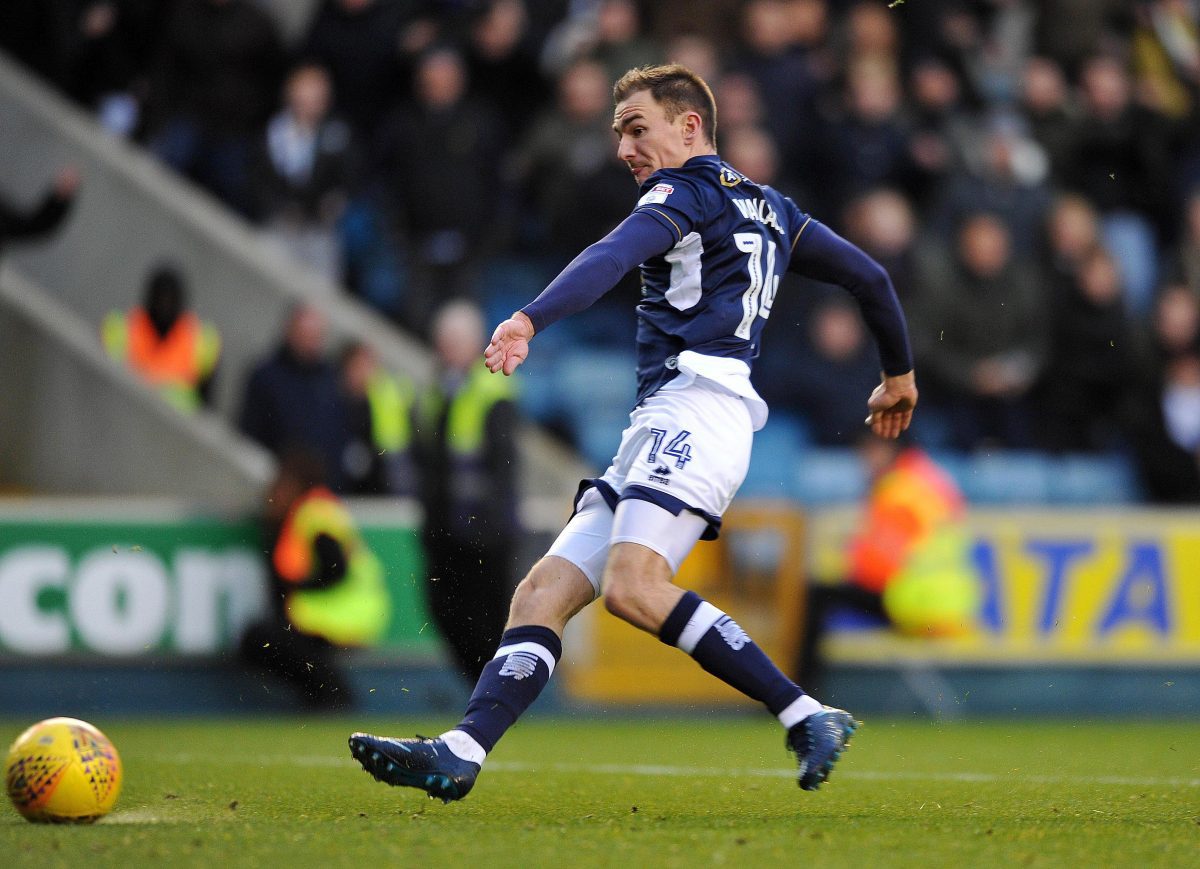 Jed Wallace has thought about Millwall winning the Championship play-off final next month – and it puts him on the brink of tears.

The Lions, unbeaten in 17 league matches, take on Fulham, on a 21-game undefeated streak, at The Den tonight looking to further cement their place in the top six.

Wallace was part of the Millwall side which won the League One play-off final just over a year ago with a 1-0 victory over Bradford City.

And he reckons that Neil Harris’ current crop will make themselves one of the greatest Lions sides ever if they gain promotion to the Premier League.

Millwall have thrived on their underdog status in the run-in – especially considering the resources of the clubs they are contesting a top-six spot with. Wallace, pictured right, said: “You talk about no pressure but for me there is pressure – because it is a great opportunity. You get excited, you can’t help it. It is that excitement and potential to think of the unachievable now.

“I’ve thought of that final whistle blowing at Wembley – surrounded by mates and family – and that makes me well up a little bit, at how huge an opportunity it is.

“If we don’t make it, it won’t be for lack of trying. If it isn’t meant to be then we’ll regroup as a squad and look back on it as an amazing season. I am proud to be part of such a successful team and one of the best Millwall sides ever seen if we do get in those play-offs.”

The final two home matches of the season are both sellouts. Wallace said: “If someone is shouting at me at the top of their voice for half an hour it gives me an extra 10 per cent.

“Every single obstacle faced we have had to do it together, because we are playing against players on massive money and brought in for huge fees. We’ve had to find ways to level it out and that has been our team spirit – but also the togetherness of the whole club.

“That connection between fans and players is summed up by Timmy [Cahill]. He comes on the pitch, smashes someone, and everyone is buzzing.

“It’s very rare that Millwall are going to be gunning for the play-offs in the Championship.  Everyone – including the fans – needs to give it everything they have got for the last three games.”