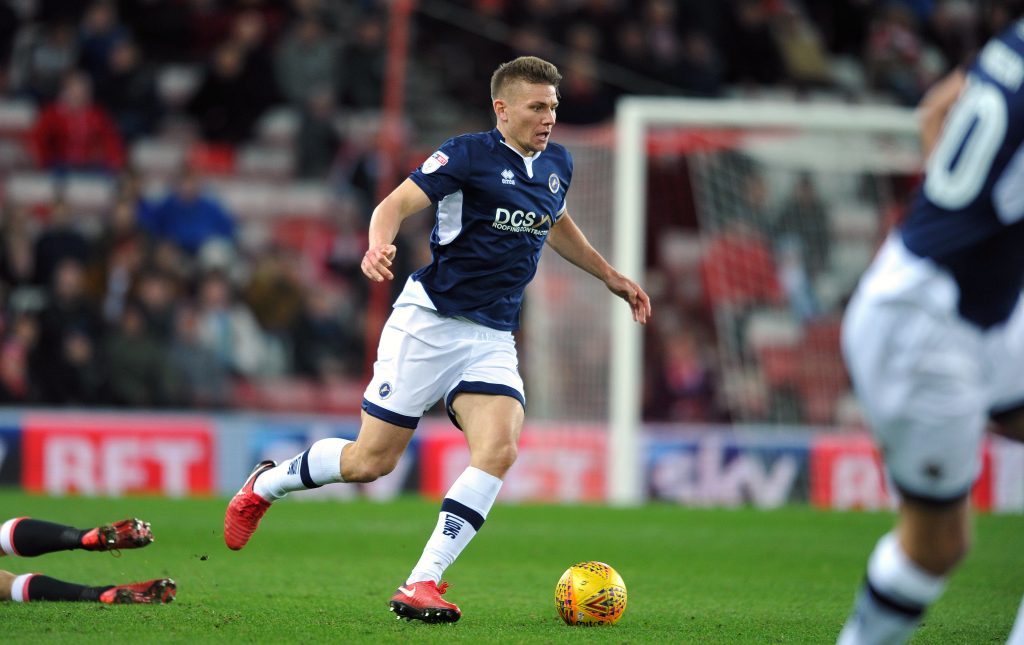 Shaun Hutchinson reckons Millwall might need to be a little less honest in the opposition’s penalty area if they are to get more breaks against Championship defences.

The Lions slipped to the narrowest of defeats at Fulham last weekend with Oliver Norwood firing home from the penalty spot after Rui Fonte went down under pressure from Conor McLaughlin.

And Hutchinson says Millwall might need to be more street-smart as they aim to end a six-game winless run as they face Sheffield United at The Den tomorrow.

“I was marking my own man from the corner but he [Fonte] went down a bit too easily for me,” said the former Fulham defender.

“If someone pulls my arm a little bit then I certainly don’t hit the ground like he did. Maybe it’s something we need to learn, maybe we’re too honest.

“Maybe we need to get on the practice pitch and if someone touches you then hit the ground, because much as we’re an honest group of lads we might be falling behind on that part. We may need to be a bit more cute, like other teams are against us.

“I don’t necessarily think it is right but if they are doing it against us then we may need to do it back or fall.

“We knew the Fulham game was going to be tough and we weren’t going to see a lot of the ball – but we are used to that this season. We could have utilised our strength a bit more than we did.

“But overall we played pretty well. It was just minor, minor margins in the end. We definitely did enough to get at least a point. If we want to take positives, in almost every game this season we have been in with a chance to take something from it.”

Captain Steve Morison has yet to score this season and did not hold back after the Craven Cottage reverse – claiming the attacking players have failed to do their jobs too often since stepping up from League One.

Only four clubs have a better defensive record than the Lions.

“Morison was probably frustrated after the game a bit and when you’re annoyed you say a few things in the heat of the moment,” said Hutchinson.

“They might not be scoring as many goals as they hoped but a lot of the time we are keeping clean sheets because they are doing the work up top and looking after the ball.

“I’m never too critical of one individual. It’s just a matter of time until we do start putting the ball in the net. Performance-wise they are doing pretty well.”

Hutchinson has played every minute in the league for Millwall.

“Everyone is aware that I didn’t get off to the greatest of starts due to injury in my first season here,” he said.

“People were thinking ‘we need a back-up for Hutch – he can’t play a full season and gets injured a lot’. I’ve bounced back from that.

“I want to stay fit and healthy and continue the form I’m showing.

“As a defender, I measure myself on mistakes. If I don’t think I am making them then it usually means I’m having quite good games.

“I don’t look at the positives – I try and fix the negatives.

“I’m pretty happy so far with how I have done but it is hard to sit back and enjoy a Saturday night unless we have picked something up from a match.

Hutchinson’s influence – and the fact he has stayed consistent despite a partner change after Byron Webster suffered a potentially season-ending knee injury – has seen him also take on the role of skipper if Morison or Tony Craig are not on the pitch.

Manager Neil Harris reckons that the Geordie is improving vocally on the pitch.

“I think what he means is working on my voice – not the fact I don’t talk out there,” explained Hutchinson.

“It is about being vocal in a different way. Rather than just talking it is encouragement or maybe reassuring words. It’s a different kind of role but one I have enjoyed – he sees qualities in that part of my game.

“It is a little bit tough at times, when you are not getting the wins and draws. You feel as captain you want to try and take the lead and do something about it. You feel a little bit more pressure.

“If anything it puts a bit more on yourself. You demand a bit more. People need to look up to you.

“I’ve learned a lot working under some good captains. Scott Parker at Fulham was a massive leader and I’ve worked with TC and Moro as well, to see how they do it. You pick up qualities that they have and set some sort of example.”

Millwall beat Sheffield United at The Den early last season as Chris Wilder’s side took one point from a possible 12.

But that reverse in South London sparked the Blades as they did not lose again since the end of November – by which time they were setting the pace at the top of the League One standings. The Yorkshire outfit broke the 100-point barrier as they won the title. United have been the big success story in the Championship campaign, just three points behind second-placed Cardiff City.

“They got off to a bad start last season but were pretty much invincible after that,” said Hutchinson. “They have kept that form up now.

“But I have never been at a club like Millwall. We go into a game against a team at the top or the bottom and you feel exactly the same way – that we have got just as much of a chance.

“I don’t know why but I’ve never had that feeling before. You would play a team in the top two and think you are probably not going to get anything today but would expect to win against a bottom side.”

Millwall’s three losses at home have been at the hands of Burton (0-1) and Barnsley (1-3) – both in the bottom seven – as well as a 4-3 setback against Ipswich in August when the hosts were severely punished for uncharacteristically switching off.

“We’ve got all good results against the top teams and struggled against the lower teams,” said Hutchinson.

“When we’re at The Den and it is bouncing we are a force for anyone. It is the type of club where the fans and players bounce off each other.

“When they are in good voice and we’re playing well then we are a major threat. When things don’t go so well it has the opposite effect.

“Home form is massive for us- as it was last season.

“Our record there is good, maybe because of our style of play – on the front foot, second balls and we’re more direct at home.

“If we are going to do well then then our Den form is going to have to continue the way it has started.”