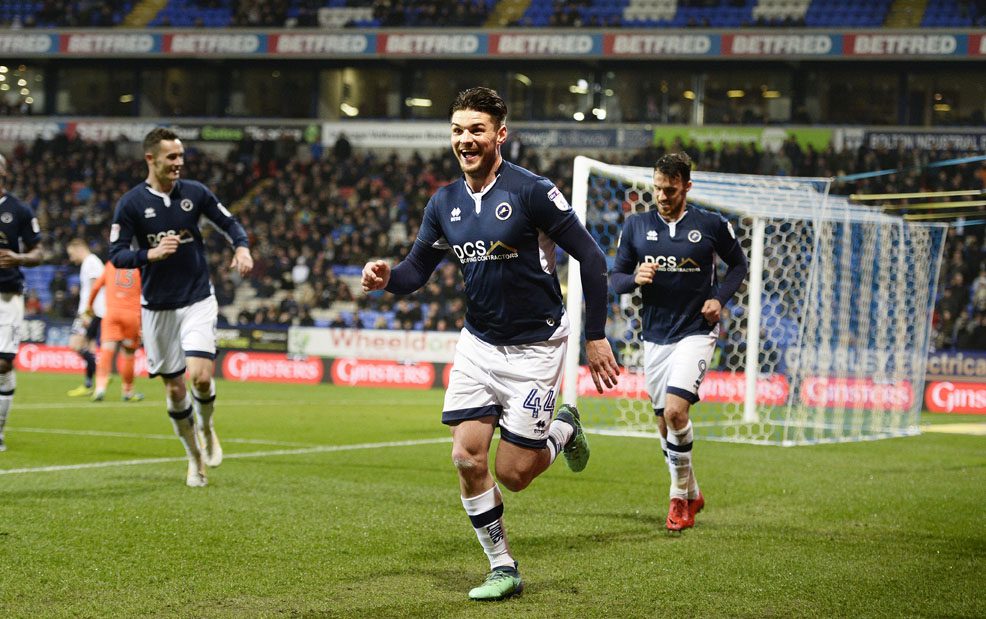 Ben Marshall admitted that Millwall can do no wrong at the moment as he made telling contributions to them extending their unbeaten run to 16 Championship matches.

The on-loan Wolves winger put in the cross for Tom Elliott’s first-half header against Bolton on Tuesday night – his sixth assist for the South Londoners since signing at the end of January.

And then he was on hand to dispatch Mahlon Romeo’s lung-burning run down the right flank for his third goal to seal a 2-0 victory at the Macron Stadium. Millwall are in the play-off positions for the first time this season.

“Like I say in the dressing room ‘just keep doing what we’re doing’ – we can’t seem to do anything wrong at the moment,” said Marshall, 27. “There is a confidence when we went 2-0 up. We had a couple more chances, I had another one which I could’ve done better with it. You can see we are confident – and that is what the lads want and need.

“It is in our hands now [reaching the play-offs]. It is up to us to get the results. But the feeling around the dressing room is that we are excited, we feel we have got nothing to lose. Keep doing what we’re doing, keep getting three points and it will all come.”

Marshall has not tasted defeat since arriving at the South London club.

“I’ve not experienced it yet and I hope I can keep going like that,” he said.

“It [Bolton] was going to be a tough place to come with them obviously looking to avoid relegation. But the boys did great, they dug in and competed – luckily we managed to get the three points.”

When asked about matching Romeo’s storming run for the clincher, Marshall replied: “I didn’t keep up – he was slowing down and I was catching up.

“I just carried on and luckily it broke to me and I managed to put it in the net.

“When they go in they seem to go in all in a bunch. Luckily I’ve managed to chip in with a few assists and a couple of goals. It’s nice for me at the moment.”