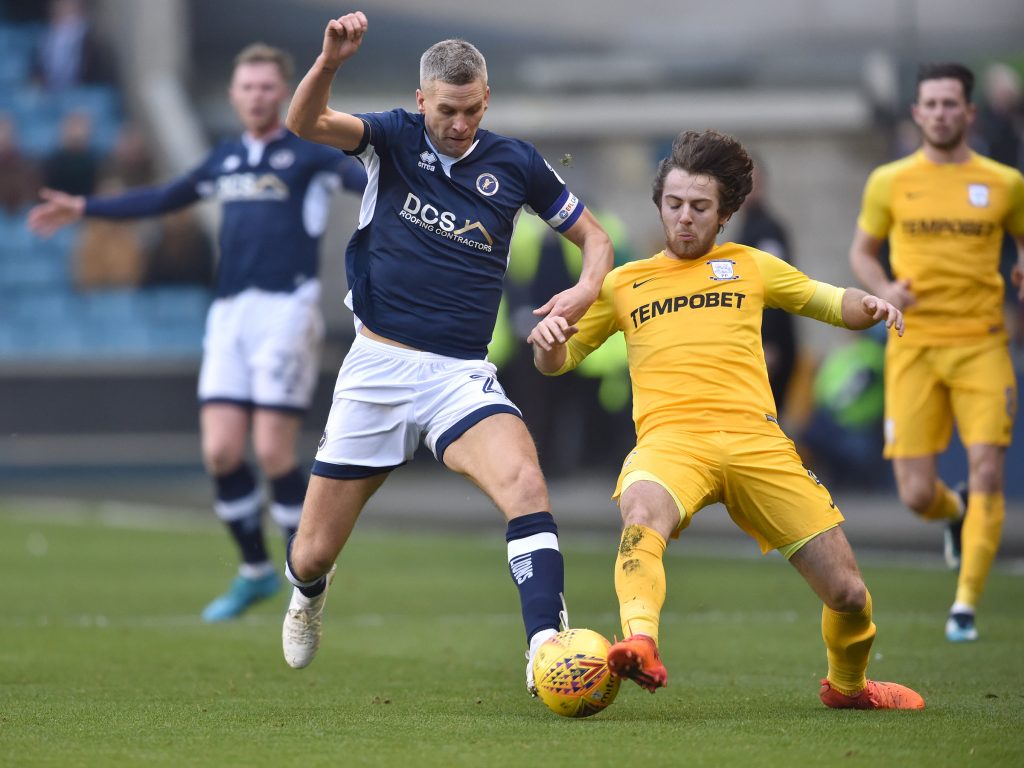 Steve Morison was expected to miss training today as the Millwall captain remains a doubt for Saturday’s Championship match at Reading.

The Lions striker sat out Tuesday’s 0-0 draw with Derby County due to a viral infection.

He said: “It was a real shame not to have him involved on Tuesday – even if just on the bench to play 15 minutes. It tells you what sort of state he was in not to be able to be involved.

“We’ll monitor him before Saturday. He won’t be on the training pitch on Thursday and it’s whether we’ll be able to get him in the building on Friday. We’ll have to see.

“It is always a big ask for our strikers when we’ve got three games in a week. But if need be then we will do that.”

Harris said: “We won’t see Aiden in February. We’re looking probably six weeks. With ankle ligaments you never know, but we’re looking at second week of March as a target.”