Tom Bradshaw freely admits he doesn’t score many spectacular goals – but that doesn’t change his emotions when the ball hits the back of the net.

The striker got his first Millwall goal in the League Cup win over West Bromwich Albion and then finished off Matt Smith’s knockdown in the 1-1 draw at Middlesbrough.

Bradshaw signed for the Lions just over 12 months ago but his last campaign was ended in November when he suffered cruciate knee ligament damage.

“If you look at my career I rarely score from outside the box,” he said.

“I’m not known for scoring 25-yard screamers. I’m quite notorious for scoring inside the six-yard box – that is my bread and butter.

“I get just as much enjoyment – however they go in. I celebrated [at Boro] like it was a 25-yard screamer.

“I find I can’t really think when I score. I enjoy the moment and whatever happens, happens.

“There is not much that compares to scoring a goal, especially when it means something. If you are 3-0 or 4-0 down and you score it is slightly different.

“It’s one of the best feelings you can have.” 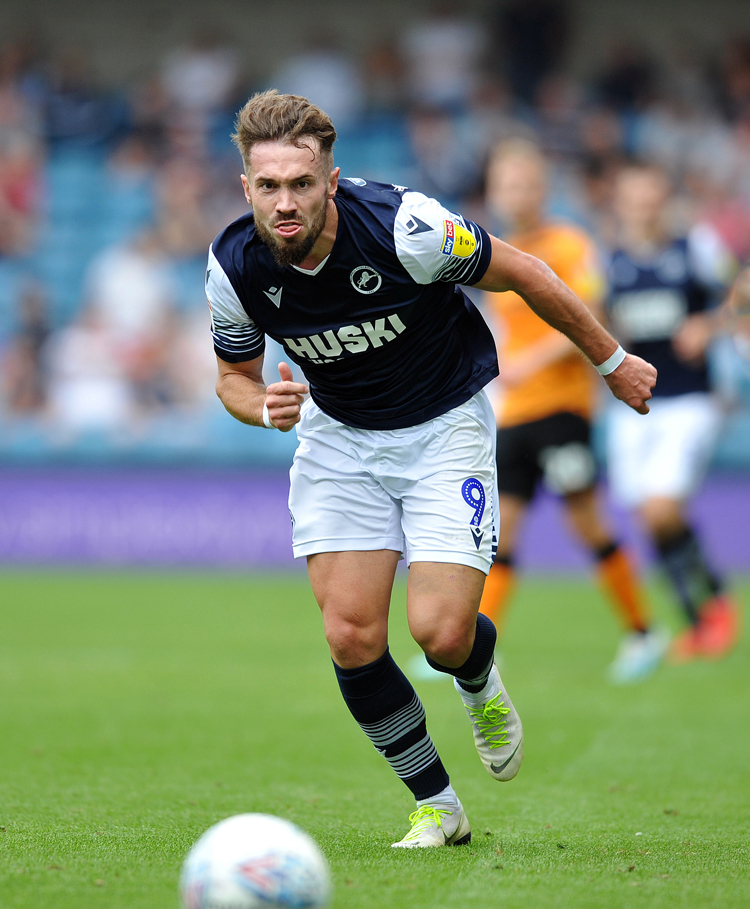 Bradshaw asked for the number nine shirt this summer – vacant after Lee Gregory ran down his deal and joined Stoke City.

The 27-year-old grew up as a Manchester United fan with Ruud van Nistelrooy his boyhood idol.

“He wasn’t necessarily a really quick player or strong player but his movement got him so many goals,” said Bradshaw. “I loved watching his game, he was a classic striker-poacher.

“All my family are Villa fans. People used to call me a glory-hunter for supporting Man Utd – but maybe not so much these days!

“I’ve had the number nine shirt at every club I’ve been at. That’s always the number I’ve wanted. It doesn’t mean that much, but it is a number I feel comfortable wearing.

“I’ve done my best and enjoyed having that number over my career.”

Millwall boss Neil Harris has attacking players with different attributes – the aerial power of Smith, Bradshaw and Jon Dadi Bodvarsson who are both happy to run the channels and Aiden O’Brien, who has spent much of his Den career on the wing but is now in the mix for a striking role.

“Everyone has been scoring this year,” said Bradshaw. “If you look at our scoring charts then Jed [Wallace] has got two. Smudger, Jon and myself have all got two. Brizza [Aiden O’Brien] has scored.

“It’s nice everyone is chipping in and it’s not putting extra pressure on one or two individuals, we’ve spread it across the board.

“It was nice to score in the cup and get off the mark, especially as it had been such a long wait with the injury.

“I guess in some ways it takes the pressure off as well. Once I got that first one I can play my own game, relax, do my job for the team and try and help us get points.”

The last of Bradshaw’s three Wales caps came in November 2017 against Panama. 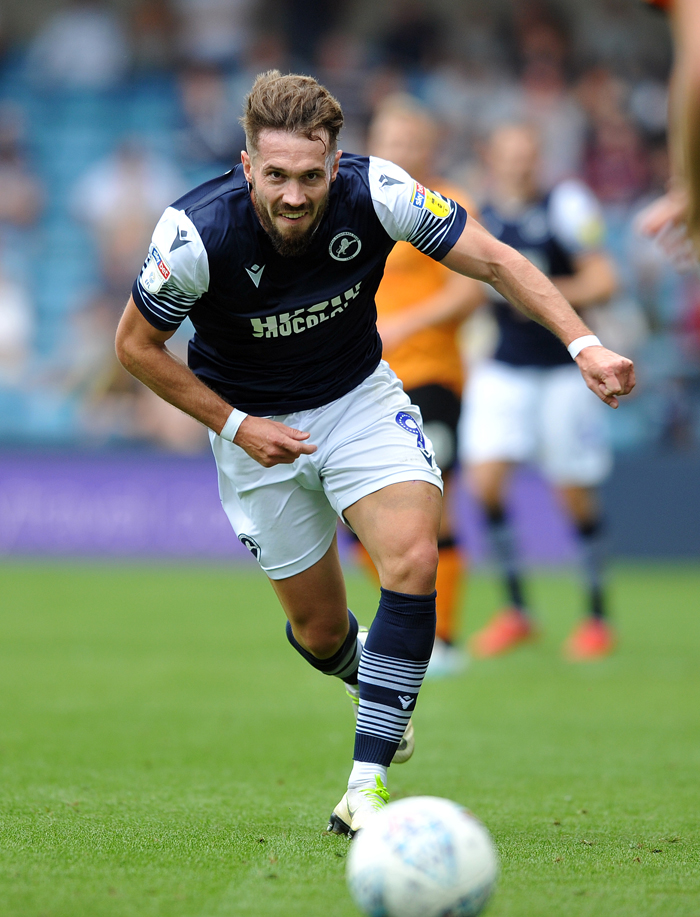 Wigan’s Kieffer Moore – yet to net this campaign – was called up for the latest round of matches, starting their 1-0 friendly win against Belarus.

“I haven’t spoken to the gaffer of Wales,” said the Lions forward. “I was out for a long time, so naturally when you are other players do well and gain their chance.”

Bradshaw needs a lucky break. He missed out on the 2016 Euros when Wales reached the semi-finals.

“I was at the warm weather camp in Portugal and I pulled my calf while I was out there,” he said.

“They went on to do great things in that tournament.

“It was gutting to have to watch that from the side.

“It’s a huge goal for any professional player to play at a major tournament like that.

“If I play well for Millwall then hopefully the rewards can come.”