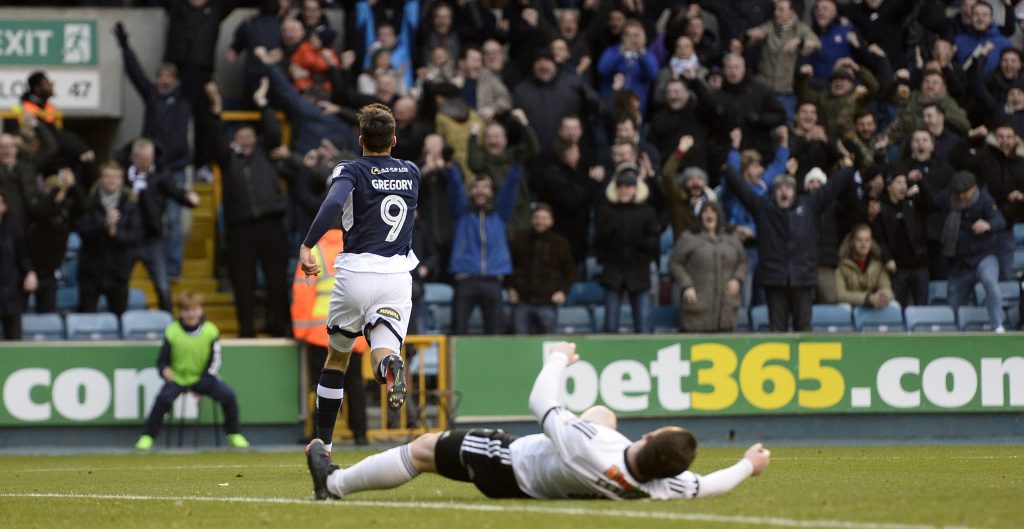 Lee Gregory hopes he has caught the scoring bug – and insisted sickness was never going to prevent him facing boyhood club Sheffield United.

The Millwall striker ended an eight-match barren run with the opening goal in Saturday’s 3-1 win over the Blades.

And Lions boss Neil Harris revealed the 29-year-old, whose only other goal in open play came in the 4-0 thrashing of Norwich on August 26, was unwell both before and at half-time against the Yorkshire club.

But Gregory dismissed any notion he would have sat out the Championship fixture: “It’s Sheffield United – it’s where I came from. Nothing was going to stop me playing.

“I’m just under the weather. I feel a bit ill, but so does everybody else and they go to work all day – so why should I just sit out because I feel unwell?”

Gregory has no bad feeling towards the Blades despite being let go as a kid.

“It’s nice to come back and score against them. Growing up as a young lad [in Sheffield United’s academy] it’s everything to you. It does take an effect on you in the later years. But I seem to have bounced back and done well for myself.”

“I’m not the type of player who lacks confidence,” he said. “As long as I’m getting chances then I’m taking the positives out of it. When I’m not getting chances is when I start thinking I’m doing something wrong here.

“I think I’m playing like that [against Sheffield United] every week. I played like that in the last home game against Hull and unfortunately I didn’t score. Now I have scored, it looks a little bit better.

“I’ve got targets in my mind. It’s not out of reach yet. When I get there, I’ll let you know. I think I’ll hit that target if I keep getting chances.”

“It’s always good to score a goal but it felt all the sweeter on Saturday.

“To get an assist is the icing on the cake. I lost the ball and I thought ‘oh no – I better go and get it back quickly’. Luckily enough Mahlon was on, it got through to him and a good finish.”