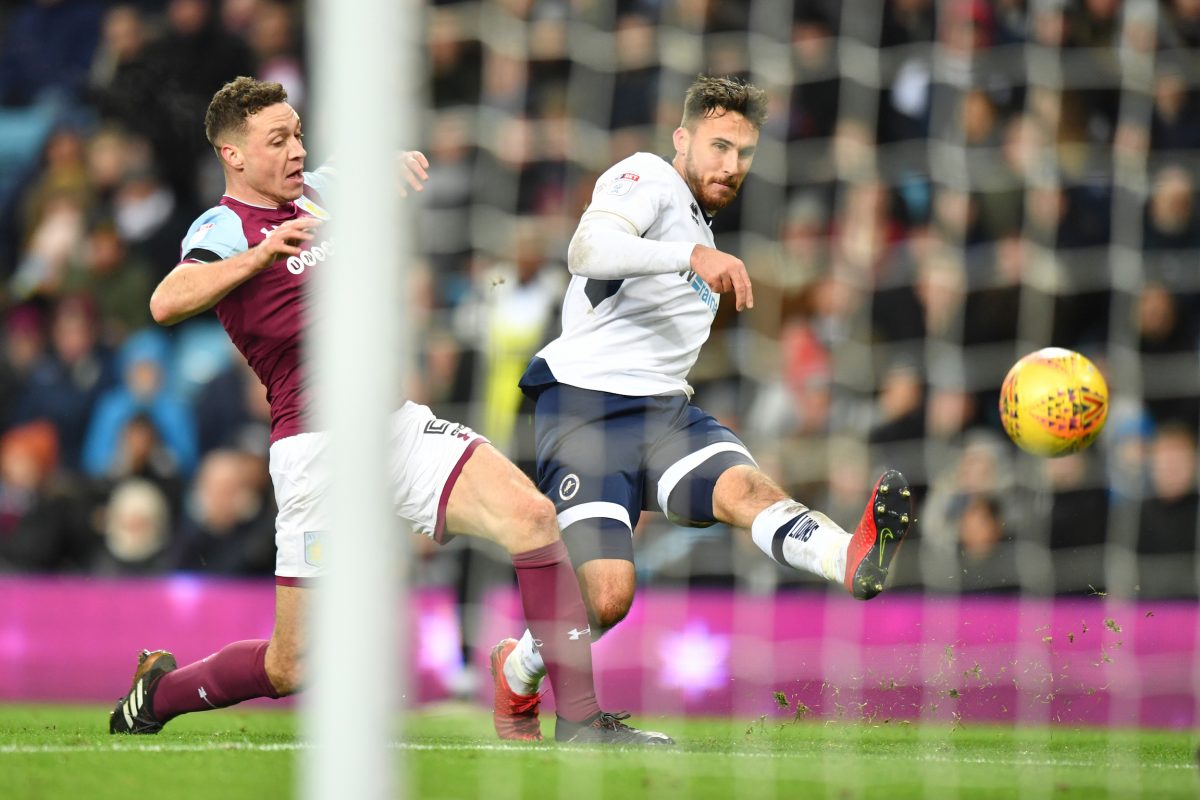 Lee Gregory has admitted that any slip-ups over Easter are likely to end Millwall’s hopes of securing a Championship play-off spot.

The Lions welcome Nottingham Forest to The Den on Good Friday and then follow up just over 48 hours later with a fixture at Ipswich Town.

And Gregory is only too aware that the club’s top-six prospects can be irrevocably harmed if they do not manage to bank a decent amount of points. They are 10th in the table and need to make up a four-point gap on Middlesbrough, who also have the advantage of a superior goal difference.

“The next two games could see us still in the mix or out of the mix,” said Gregory. “We have got eight games left and for where we are, I think we need six or seven wins.

“Six wins will keep us in and around it. Any less than that and we have not got a chance.

“We’re not going to catch Villa or Fulham, so you are left with Derby and Middlesbrough. I can’t see Derby dropping that many points, that’s the problem.

“But the boys have done unreal this year to keep going.

“I’m not going to lie – I’ve looked at the table. The four point gap we need to make up is possible, of course it is possible.

“But on the other hand, the teams above us are really strong. Our plan is just to take it one game at a time, one result at a time. That is what we have done over the past 12 matches and everything is going our way.”

Neither Forest or Ipswich have a whole lot to play for, safely marooned in the mid-section of the Championship table.

Millwall undoubtedly have more at stake.

But then you also remember that as one of the bookies’ pre-season favourites for the drop, they are firmly in bonus territory.

“I look at it the other way around and that they [Forest and Ipswich] have got no pressure,” said Gregory. “Win or lose it is not going to do too much.

“So I see that as making it harder. But, then again, we are doing exactly the same. Making the play-offs or not making the play-offs, we are just going out to play and all enjoying it. I think that has shown over our unbeaten run.”

Five of Gregory’s nine goals have come in the second half of the season.

He is level with the haul he got at this level in the 2014-15 campaign, after he had been plucked out of non-league football at Halifax by then Lions boss Ian Holloway.

“I am doing alright,” said Gregory. “I am full of confidence.

“I just think that the fact we are defending that well – we know that we are not letting a lot of goals in – takes the pressure off us. We don’t have to score every time we go forward because we know we’re likely to keep a clean sheet. That works both ways.

“A striker always wants to be top-scorer, hopefully I will be.”

Millwall boss Neil Harris has called for a  packed out Den as the club’s promotion hopes really go under the wire against Forest.

“I hope so because the Den is a great place to play when it is rocking,” said Gregory. “It is very intimidating for the other team, it makes me think back to the play-off games we have had there.

“Players I know who are coming as the opposition team drop me a text and say it is not the nicest place to play – but it is good for us.”

Millwall look set to commence talks with Gregory over a new deal – even though a trigger in his existing terms means he would not be moving until the summer of 2019 anyway.

But the South London club are keen to reward the 29-year-old for his performances.

“I’m happy at the moment,” said Gregory. “I’m really enjoying this season. With the gaffer and the staff it is such a great place to play.

“The job the manager has done over the last three years is unreal. I’m always joking around saying he is going to a Premier League club.

“He has done exactly what he said he would do when he first came in – getting results and playing in a way he wants us to play, or Millwall fans want us to play.”