Matt Smith is setting himself a target of double figures for goals next season but admits that a major factor in achieving his aims depends on game time.

The 32-year-old striker was top-scorer in his first campaign at The Den – bagging 14 goals from 41 Championship appearances.
But the 2020-21 season was not quite the same success story. A broken foot ruled him out at the start of March. Smith finished with five goals and started just seven times in 29 league outings.

He was due to be a free agent at the start of July but signed a 12-month contract extension in June.

“I had my off season with my family; you try and put stuff to the back of your mind and just rest, relax and enjoy that period as much as you can,” he told the South London Press.

“I let my agent do all the rest of it, deal with the club. A few weeks in I made up my mind that I wanted to continue with the club.

“I definitely felt I was very much wanted by the management. The manager made that very, very clear to me at the end of the season. There must have been five or six of us out of contract and he spoke to us individually. He was adamant he wanted me there and that he saw me as a huge part of the squad and a major source of goals for the team. That’s all the sort of convincing I needed, really.” 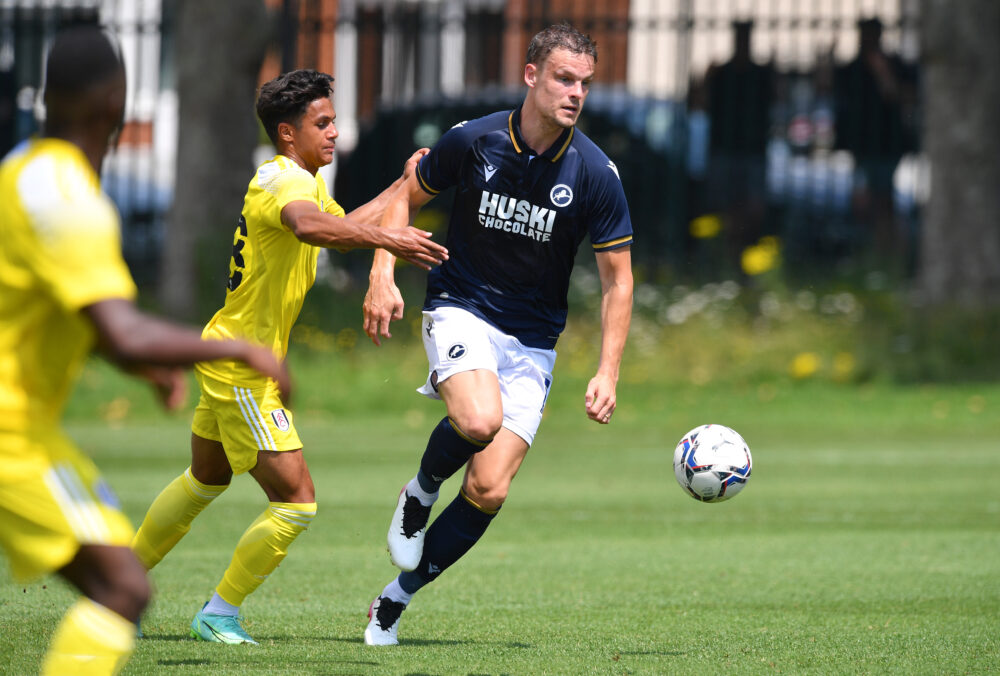 Smith would have added to his game time but for a clean break of his navicular bone in the 2-0 win over Birmingham in mid-February. His goalbound strike was handled by defender Harlee Dean, although the officials missed the incident.

“A player had come across me to block the shot and my foot went into his leg or foot – I don’t know which,” explained Smith.

He went on to play another five matches before the pain forced him to go for a scan.

“Over the coming weeks I genuinely thought it was just horrifically bad bone bruising and that while it was really uncomfortable I just had to grin and bear it,” said Smith. “It got to a point a few weeks later in training where I was just in absolute agony. I was at breaking point – really, really uncomfortable.

“Touch wood, I’m not really one to miss training sessions. I don’t think I’d missed one for two years. It was a bit of personal pride, but I swallowed it and went for a scan.

“I wanted to help the team to finish the season strongly and get as close to double figures as possible. But it wasn’t to be. It was an eight-week injury with eight weeks left of the season, so I kind of mentally conceded that I probably wasn’t going to play another game.

“A clean break in a bone isn’t actually the worst thing in the world, because it does heal quite naturally and normally. You’ve got nothing to really strengthen then, it’s not like if you suffer muscle or ligament damage. It has healed absolutely perfectly, I’m back to normal now.” 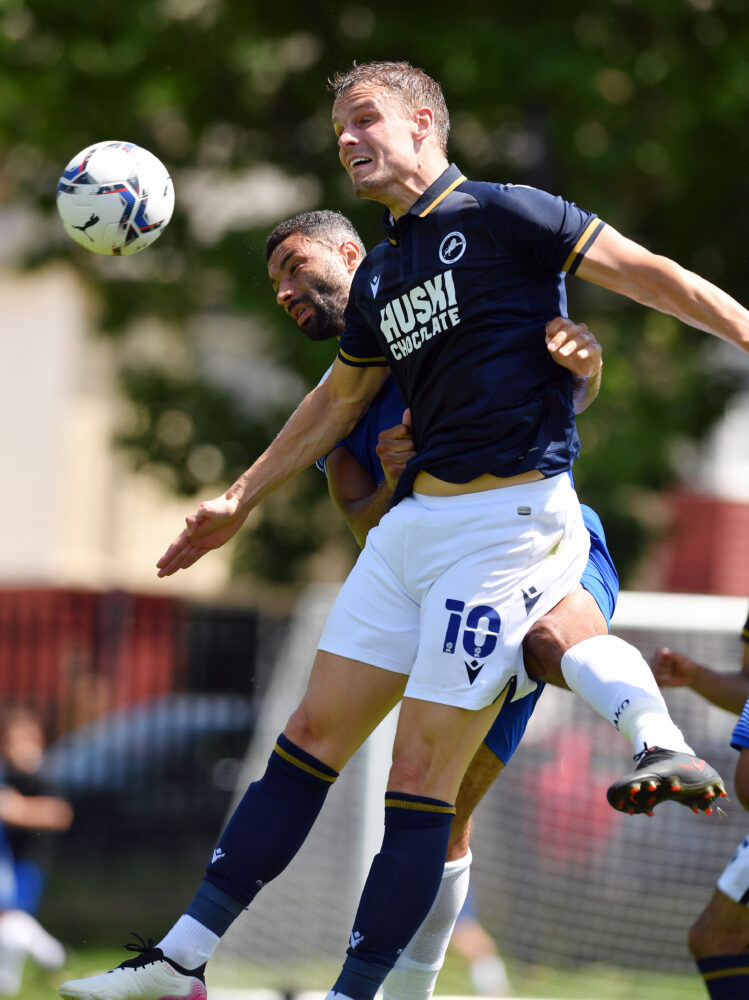 Millwall manager Gary Rowett has brought in Stoke City’s Benik Afobe on loan and seems intent to play with a mobile centre-forward.

When temporary moves for Kenneth Zohore and Troy Parrott failed to pay off last season, the experienced boss operated at times with Jed Wallace and Mason Bennett through the middle.

Asked about his reduced action, even before his fracture, Smith said: “There was a slight change to the style of play, more of a focus on a pacier and counter-attacking team that doesn’t suit my skillset. I found my opportunities a little bit limited last season.

“I’m hopeful I can stake a claim to be a more regular feature this season and hitting the figures I got before.

“If you’re a centre-forward and playing a consistent run of games then scoring double figures is the minimum benchmark. Depending on how many games you play is going to determine how far into the teens or twenties that you can get.

“It is going to be largely down to the amount of games, in terms of your return.

“I only got seven [league] starts last season, it’s going to be awfully difficult for me to hit the numbers I did in the previous season. Hopefully if I get more games I can match that or better it next season.”

Smith has scored in the behind-closed-doors friendlies against Motherwell, Watford and Barnet.

“I’ve never really looked at pre-season results or things like that as a barometer for our success this season,” said former Fulham and QPR targetman Smith, who has 58 goals in 255 Championship outings.

“I’ve had barren pre-seasons before and I’ve then started the proper season like a house on fire, so it doesn’t always translate.

“But goals in any capacity, whether that is in training, friendlies or games, breeds confidence for a centre-forward.

“It is only going to be of benefit going into the season – and not a negative thing.

“It means nothing in the real sense, but from a personal psychological perspective it absolutely gives you that added positivity going into a hectic season.”

Smith can’t wait to be back at The Den – and this time with the buzz of a live crowd. 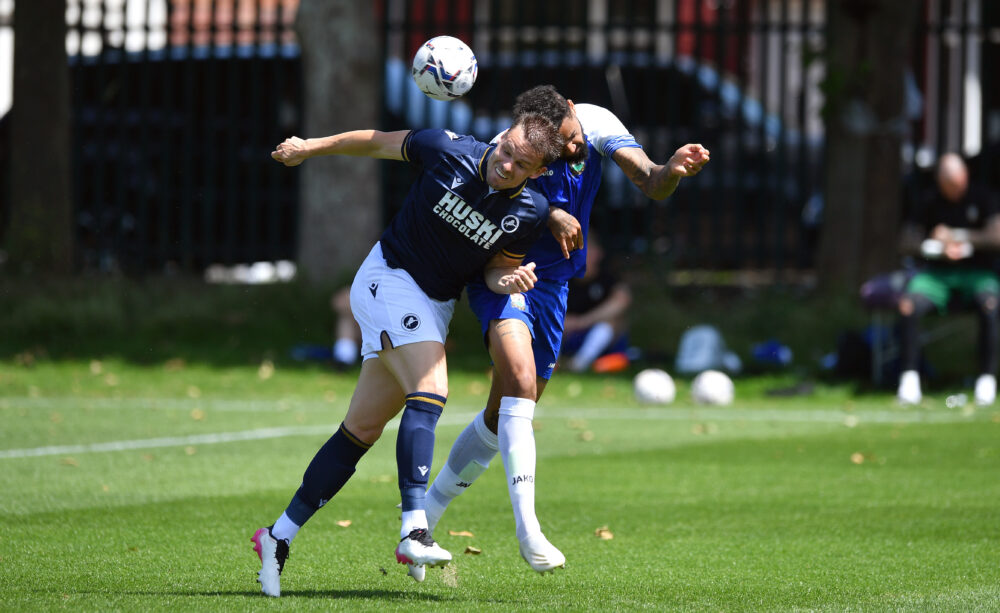 “The welcome I’ve had from fans from day one – online or in person at The Den or on matchdays – has been really positive,” he said. “I like to think they see me giving 100 per cent, trying to make as much of an impact as I can. Whether that is off the bench or starting, I feel I’ve done that quite consistently for the past two seasons.

“The games when there are no fans are sterile – football is about the energy they bring. I cannot downplay how important they are, but also how much better the occasion and day is when you’ve got that support behind you.”