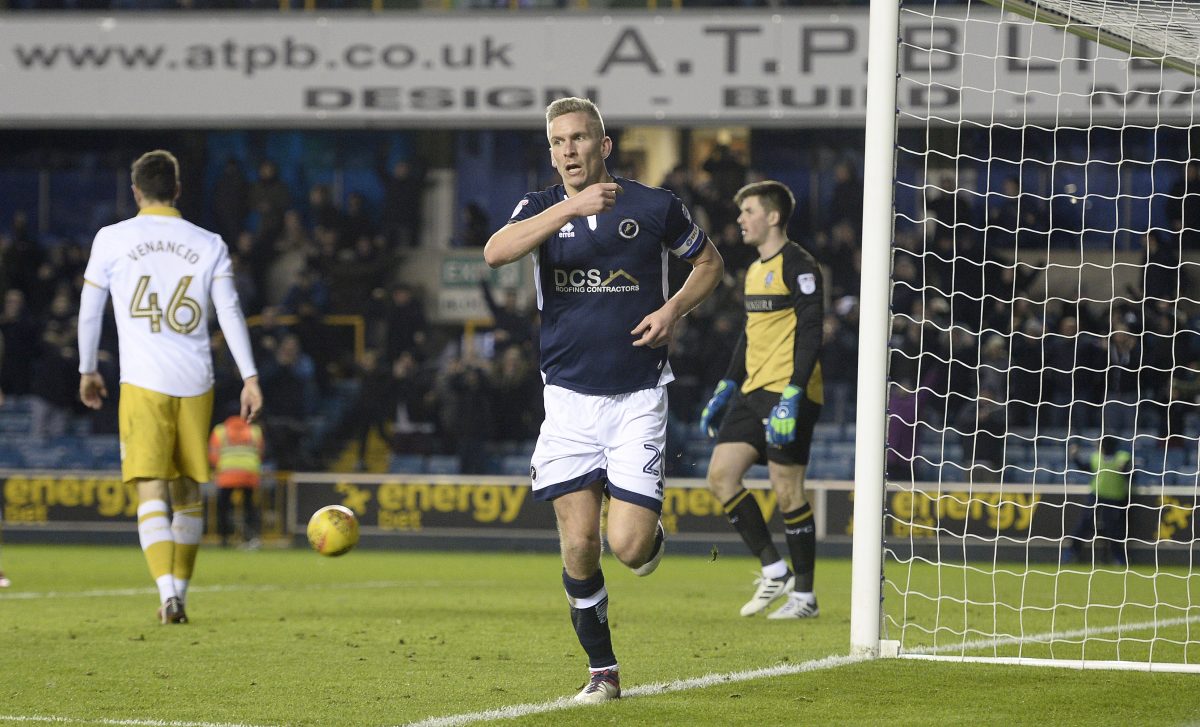 Steve Morison is sixth in Millwall’s all-time scoring charts after his goal in Tuesday night’s 2-1 win over Sheffield Wednesday.

The Lions captain tapped in Jed Wallace’s cross for the second-half winner at The Den which moved the South London club up to 11th in the Championship standings.

And there was also a climb for Morison, who is sixth for both Football League goals (72) and in all competitions (89).

Next in his sights is overhauling Jack Cock, who netted 92 in all competitions for the South London club. Jim Constantine got 74 in the Football League.

Lee Gregory was also on the scoresheet in midweek and that has seen him break into the club’s top-20 list for Football League scorers. He is on 52, one behind Tim Cahill.