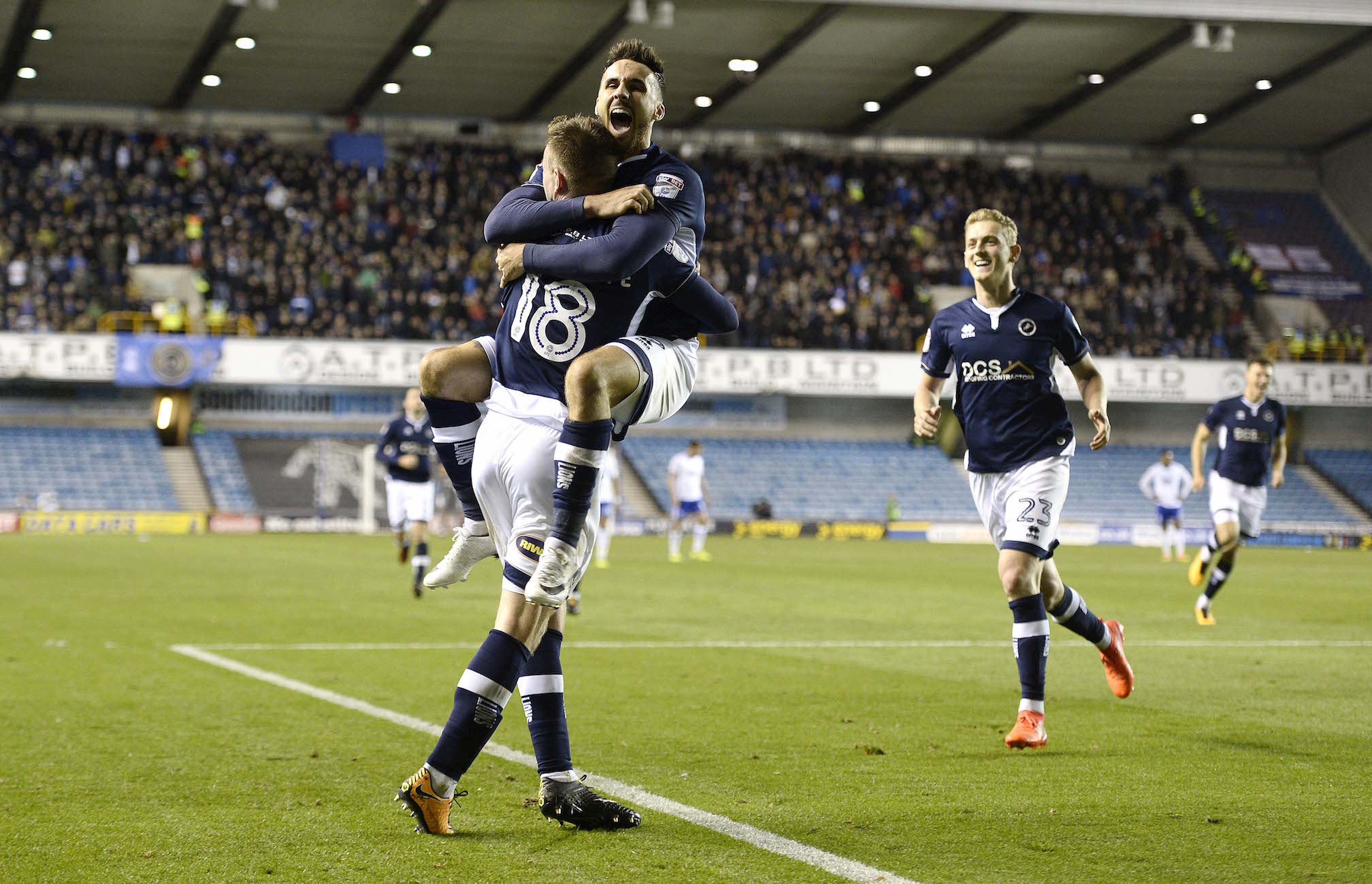 Millwall manager Neil Harris has described some of Lee Gregory’s graft in Saturday’s 2-0 win over Birmingham City as “outstanding”.

The Lions striker did not get on the scoresheet against the Blues – hitting an effort wide in the opening 45 minutes – but he did provide the ball to Tom Elliott which led to the South Londoners’ second goal of the evening.

“Lee’s movement was outstanding,” said Harris. “His link-up play and chasing down from the front was probably as good in a Millwall shirt as I’ve seen.

“While he didn’t get the chances, his all-round play was really superb.

“Then big Tom comes on and seals the game with a 60-yard run and shot on goal that rebounds for Tunni [Ryan Tunnicliffe] to put in.

“Without forgetting the rest of the team, the contribution of the front three was as good as any.”

Steve Morison created the first goal as he nicked the ball off Jonathan Grounds, nudged it past Michael Morrison and forced Maxime Colin to score an own goal.

“Steve’s got that experience to find the right pass in the area,” said Harris. “If the boy doesn’t put his foot out then Aiden O’Brien taps it in. It is a vital interception and he’s hoping for a bit of luck – and doesn’t get any.

“In defining moments at Brentford last week we didn’t quite have those moments of quality. That’s why it’s important having Steve back with us.”